Just months shy of her claiming at Carrowmore and fulfilling a centuries-old prophecy, werewolf Ashling Boru has stepped into her role as the Crimson Queen. She finally has the support of her pack and her love for Grey is stronger than ever.

But it's not easy being queen. Ashling's guardian, Baran, has been captured by the Dvergars, a family of evil wolves who will stop at nothing to possess Ashling's power and destroy everything--and everyone--she loves. Ashling must unite the clans and build an army to stand against the Dvergars before it's too late. Unfortunately, the Dvergars also have armies of the darkest creatures the world has ever known.

Shadows loom, growing ever larger as generations of pack secrets begin to unfold. Ashling's people, the humans they protect, and Old Mother Earth herself all hang in the balance of Ashling's choices. Will Ashling have to forsake her true love to save the world? And will she have the strength to do it?

Bloodmoon is the thrilling conclusion to the Bloodmark Saga.  (-synopsis) 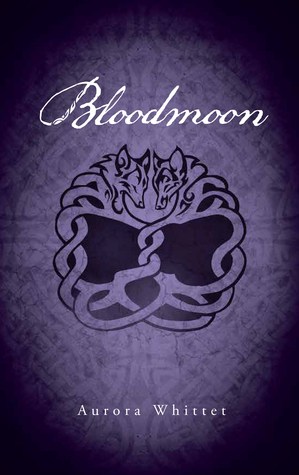 Ashling and Grey are back in the third and final book in this series.   The book opens with the pack laying Eamon to rest.   There is sorrow all around but the biggest thing weighing on the minds of those gathered is the fact that Vidgis and Verci have taken Baran and plan on beating him until they get what they want.   Ashling is scared that she has lost him forever but will do just about anything to get him back.

Now that she has risen to her role as the Crimson Queen, Ashling knows that she must create a plan and tell everyone what to do in order to make it to her eighteenth birthday and be claimed at Carrowmore.   Unfortunately there are many people that stand in her way and would rather her not rise to power like the prophecy foretold.

Will Ashling have the strength to do what is needed to unite the police?   Will she be able to save Baran before the Bloodrealms kill him?   Will Grey and Ashling finally be united at Carrowmore?

This third book was just as fast paced and action packed as the first two books.  We see glimpses into some of the characters and their personalities that we haven't seen before and it really made me get attached to many of the members of Ashling's pack.  Ashling's high school friends are back in this book as well and her pack is getting to know and like them as well.  The pack has never had human friends before but Ashling isn't only uniting the packs, she's bringing the humans along as well.

If you enjoy paranormal novels interlaced with action and romance you will love this series and the book that wraps it all up.    I learned so much more about the characters in this book and felt like I was holding my breath for much of it!  I couldn't wait to see if Ashling and Grey would be able to unite the packs and save Baran.