Paella is a Spanish dish that comes from the Valencia region.  It's name comes from the round, shallow pan that it is cooked in.  A traditional Paella contains rice, sausage, and seafood.  I've seen Paella with shrimp, with mussels, and even with clams.  While I like the flavor of Paella I'm not a huge seafood fan so I don't eat it often. 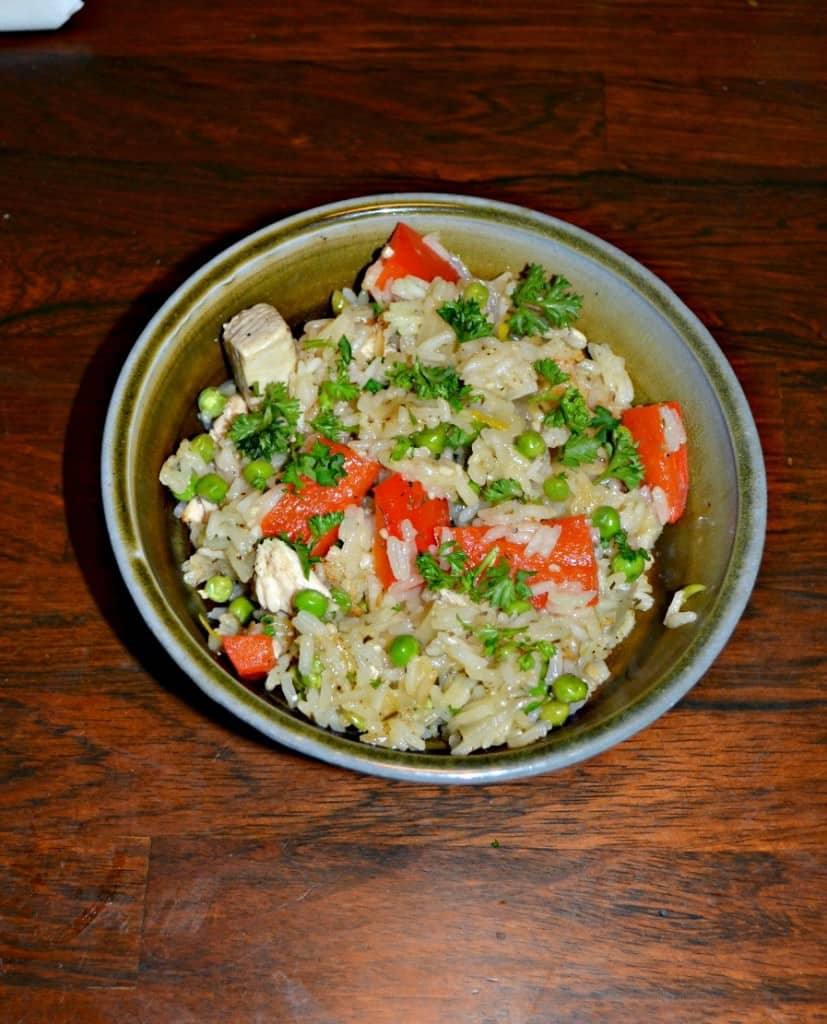 When I came across this Chicken Paella version I was pretty excited about it.   It had all the classic flavors of the original but it simply used chicken and no seafood.  Since I love chicken and rice this recipe sounded delicious to me.  The only thing I wasn't a fan of was the peas.  I don't really like peas but I will eat them if they are in a dish so I kept them in.  It helped with the color of the dish.

I don't have a Paella pan so I used a shallow skillet instead.   You want to use a shallow skillet so that the rice covers the biggest surface of the pan as possible because the crispy layer of rice on the bottom is the best part of the dish.  Just make sure your pan has a lid. 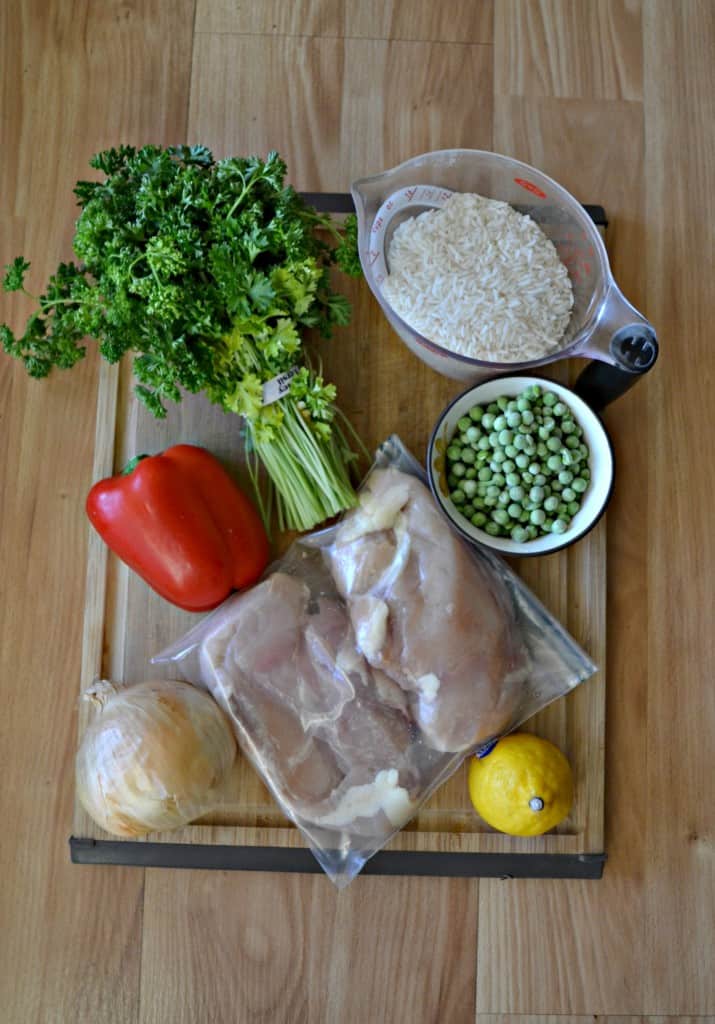 This version of Chicken Paella was super easy to make. I was worried there wouldn't be enough flavor in it because there aren't a whole lot of seasonings in it but I shouldn't have worried.   I thought the lemon added a brightness to the dish while the thyme and herbs de provence added a bit of spice.

My husband and I both enjoyed this dish.  I actually liked it a lot more then I thought I would.  It's a lot of rice but there is enough chicken and vegetables distributed through it.  You could add in sausage or shrimp if you want but I thought it was great how it was. 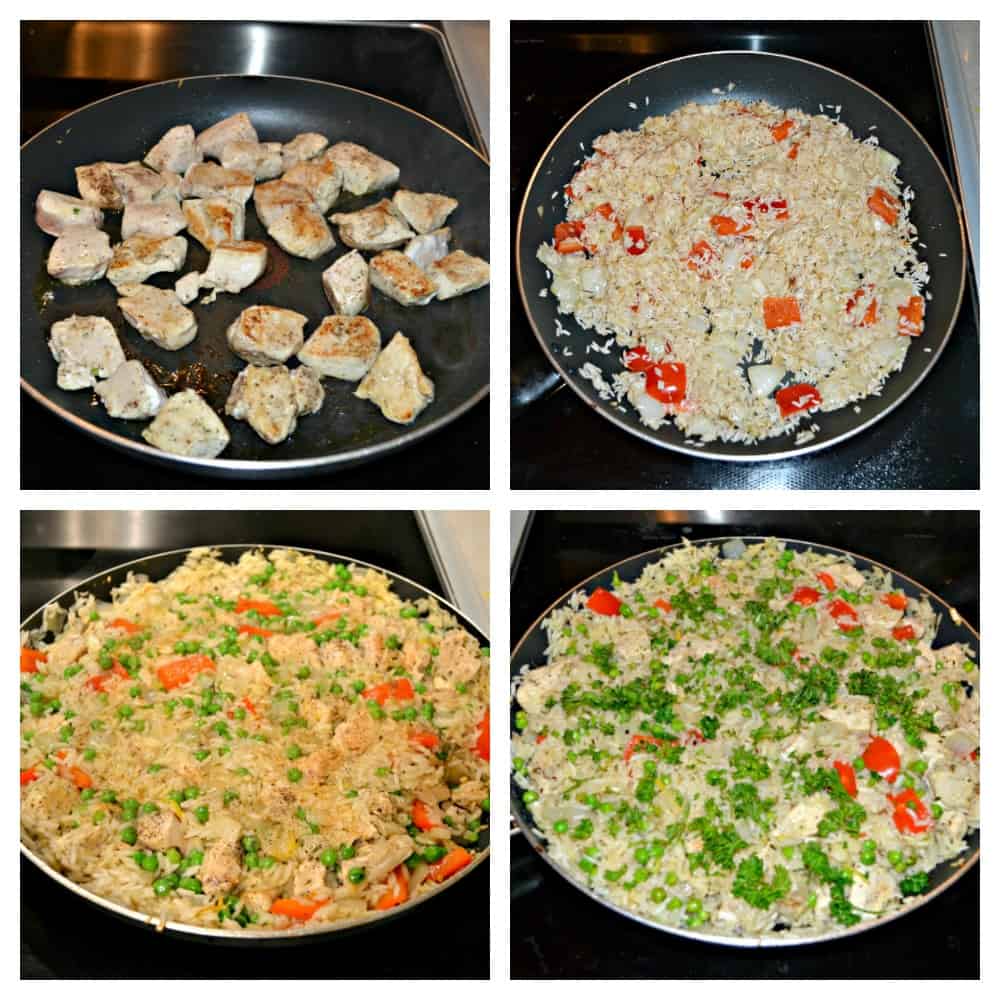 In fact, I had it for dinner one night then for lunch the next two days.  I wasn't tired of it at all.  My husband added a bit of soy sauce to his leftovers and I thought that was a great way to use this dish again but have it taste a little bit different.