17 year old Ember Denning has made an art of isolating herself. She prefers the dead. She spends her days skipping school in old cemeteries and her nights hiding from her alcoholic father at the funeral home where she works. When her own father dies, Ember learns her whole life is a lie. Standing in the cemetery that’s been her sanctuary, she’s threatened by the most beautiful boy she’s ever seen and rescued by two people who claim to be her family. They say she’s special, that she has a supernatural gift like them…they just don’t know exactly what it is.

They take her to a small Florida town, where Ember’s life takes a turn for the weird. She’s living with her reaper cousins, an orphaned werewolf pack, a faery and a human genius. Ember’s powers are growing stronger, morphing into something bigger than anything anybody anticipated. Ember has questions but nobody has answers. Nobody knows what she is. They only know her mysterious magical gift is trying to kill them and that beautiful dangerous boy from the cemetery may be the only thing standing between her and death.

As Ember’s talents are revealed so are the secrets her father hid and those in power who would seek to destroy her. What’s worse, saving Ember has put her cousins in danger and turned her friend’s lives upside down. Ember must learn to embrace her magic or risk losing the family she’s pieced together. (-synopsis) 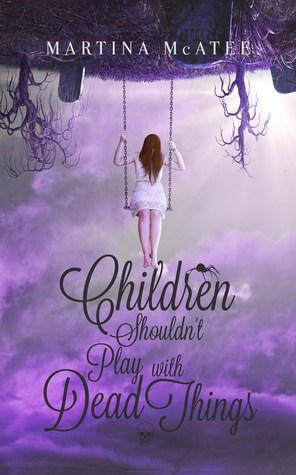 Ember's life changes the day her father dies.   Suddenly she is alone in the world and social services wants to take her into foster care.   Ember isn't having any of this.   She's been basically living on her own for years as her dad was a barely functioning alcoholic.

Ember has always been different.   She works at a funeral home, likes to walk around the cemetery and have conversations with the dead, and doesn't have many friends.  When she goes to her father's grave she sees a hooded figure watching her.  At the same point she begins to sweat and start feeling weird.  She isn't sure what is wrong with her but feels like she might pass out.

Later on in the cemetery she meets up with the same boy.  She thinks he is there to murder her but she also finds him attractive.   As he gets too close a boy and a girl appear and kidnap Ember.  They say they are her cousins and are helping to keep her safe.   While Ember sees a resemblance she can't remember anything from her childhood including them.

Soon Ember is in a world of supernatural beings.  Her cousins are reapers and live with a werewolf pack.  Something is happening to Ember but no one knows what.   She smells paranormal but different then anything anyone has smelled before. Ember thought she was human but always knew she was different and she begins learning why.

This is a fast paced story with a lot of characters. I had a difficult time placing all the characters at first but once they were all introduced and I started getting a personality with the name it all came together.  I found this to be an interesting paranormal story full of action and twists.   I really enjoyed it and wanted to keep reading until the very end.