I can't believe it's 2012 already!  It seems as though 2011 flew by.  This past year was both good and bad for me and my family.  On the good side Frank and I celebrated our first anniversary, we spent an amazing week touring New England, I got to see both my immediate and extended family multiple times during the year,my great Aunt Esther moved to Pittsburgh, and I started my 10th year of teaching.  On the bad side both my granddad and my great aunt passed away this year so that was really tough.  Here's to hoping that 2012 is a really great year for all of my family and my friends.

It was extremely hard to pick my top 10 recipes of 2011 but with a little bit of help I was able to do it. On the flip side it was very easy to pick my top 3 books from this past year.   Here they are, in no particular order.

10.  Skinny Pumpkin Latte:  This amazing skinny take on Starbucks Pumpkin Spice Latte has made multiple appearances in our house this year. 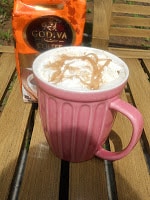 9.  Strawberry Lemon Marmalade:  I finally started canning this year and this sweet and tart marmalade was one of my favorites for the year.  It's not only good on toast but amazing as a filling in cakes. 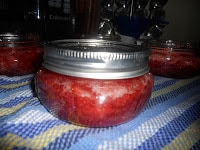 8.  Chocolate Chip Cookie Dough Brownies:  I didn't think anything could top the cookie dough brownies I made last year but this version with a rich chocolate brownie on the bottom and egg-less cookie dough on top drizzled with ganache may be my new number one. 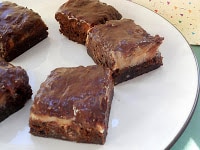 7.  Spinach, Artichoke, and Roasted Red Pepper Quiche:  My newest vegetarian quiche had the perfect combination of vegetables and cheeses. 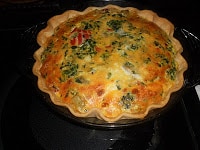 6.  Cornbread, Chorizo, and Jalapeno Stuffing:  Cornbread mixed with spicy chorizo and jalapenos give this stuffing a kick that takes it to a whole other level. 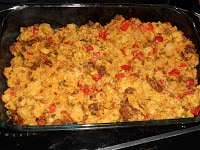 5.  Caramel Glazed Apple Bundt Cake with Cream Cheese Stripe:  This became my standard dessert to take to parties this fall.  It is a delicious apple cake with a cheesecake like stripe topped with a caramel glaze that is sure to impress. 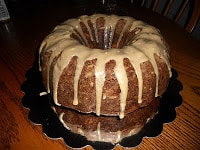 4.  Deep Dish Pizza:  After making this pizza dough we'll never have store bought again.  Making a deep dish pizza in a springform pan was so much easier then I thought it would be and is a dish that makes it on our menu plan at least once a month! 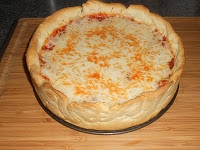 3.  French Onion Soup:  I never liked French Onion soup until I made this version from Paula Deen.  A nice beef and onion broth topped with gruyere cheese and homemade croutons. 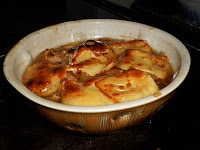 2.  Pierogi and Kielbasa Bake:  As if I didn't love pierogi's enough, this one dish meal combines pierogi, kielbasa, cheese, and peppers into an amazing dinner. 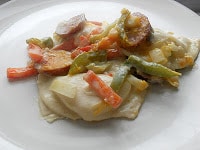 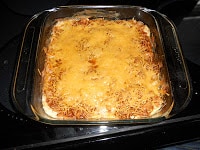 Now on to my top 3 books of 2011.  All of these books were published in 2011 (or part of the series was published in 2011).  I've written posts about two of them, but haven't gotten a chance to write about the third one, but it will be coming soon!

3.  The Black Dagger Brotherhood Series:  I can't believe I didn't know about this series of sexy warrior vampires until this past summer.  So far I've read 4 of the books and I can't wait to read the other 5 that are out.  The most recent book, published this year, is Lover Unleashed.

2.  Delirium:  Go into a world where love is a disease that every human being gets "cured" of when they turn 18.  The first book in a new trilogy I can't wait for Pandemonium to come out in February! 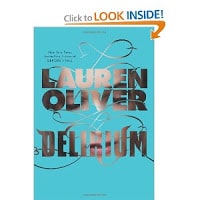 1.  Divergent:  A dystopian novel about a not so distant United States where one city has divided into 5 very distinct sectors, each of which has their own duties.  The five sectors live peacefully until two decide to combine forces and overtake the rest.  Only the divergent will survive these attacks.  This is the first book in another trilogy.  The second book, Insurgent, will be out in May. 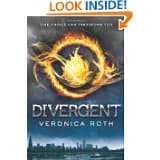