In my family there is only one traditional Easter bread and that is Paska.  Paska is a traditional Easter bread in Eastern European countries.  My dad's family is from Slovakia and when I was a kid my great aunt Mary always made us a loaf of her homemade Paska whenever we went to her house.  After her passing my dad has since taken on the job of making Paska at the holidays.  It's a sweet bread filled with golden raisins and cranberries.  Sometimes he puts nuts in it and sometimes he doesn't but there are always golden raisins (never regular ones!) and cranberries. 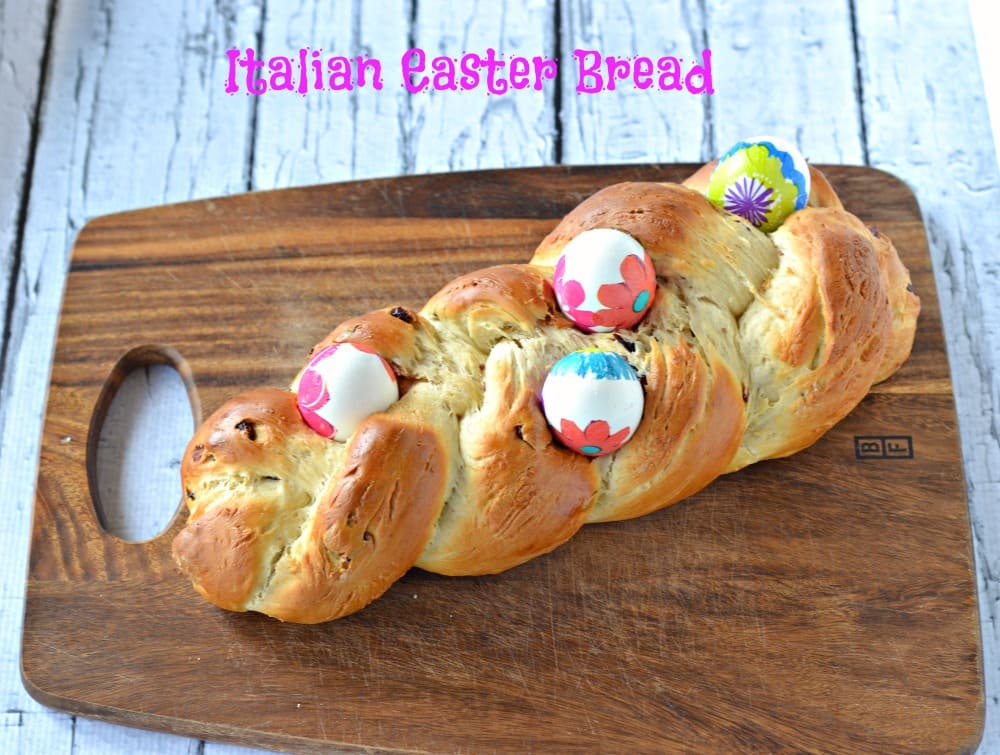 I know that last week was Easter, but our Daring Bakers challenge was to make an Easter bread.  Since I've already blogged my Paska recipe I wanted to try another traditional Easter bread, one that I've seen around many times and have been wanting to make.   It's a sweet bread filled with cranberries and nuts.   Very similar to the Paska except that it is a braided bread.   Not only is it a braided bread but you put decorated Easter eggs on the bread for decoration!

The bread came together nicely and I was able to roll it into three ropes to braid.  The original directions have you putting the eggs into the dough before cooking but I was afraid to do that because I made these pretty paper flower eggs and was afraid they would catch fire in the oven.  I waited until the golden loaf came out and simply stuck the decorated eggs in the holes in the braid.  It worked out fine as the bread was soft enough to give under the eggs. 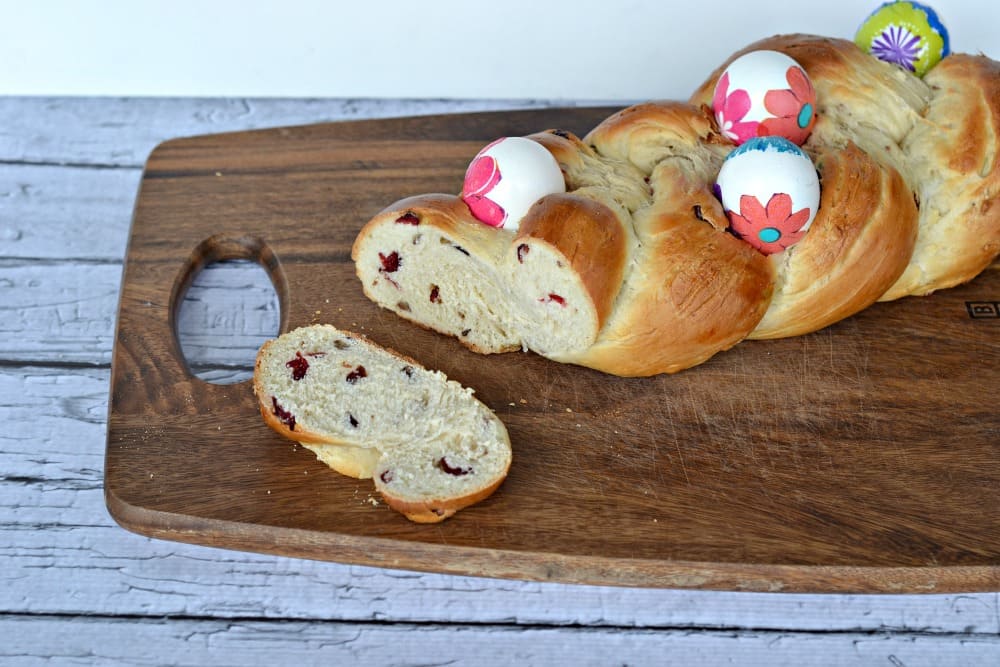 My husband and I were both pleased with the result.  It was such a beautiful bread all golden brown and decorated with the eggs.  The bread itself was very tender and was slightly sweet.  The pecans gave it an added crunch while the cranberries added a nice tartness to contrast the sweetness of the bread.  It was a delightful Easter bread and one that I will be making again!

For the egg wash: