During a winter blizzard a small girl is found wandering half-naked at the edge of an ancient woodland. Her hands are covered in blood, but it is not her own. Unwilling or unable to speak, the only person she seems to trust is the young officer who rescued her, DS Lucy Black. 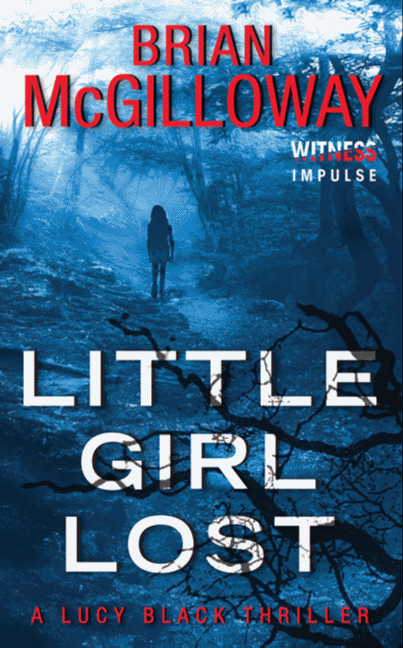 DS Black is baffled to find herself suddenly transferred from a high-profile case involving the kidnapping of a prominent businessman's teenage daughter, to the newly formed Public Protection Unit. Meanwhile, she has her own problems—caring for her Alzheimer's-stricken father; and avoiding conflict with her surly Assistant Chief Constable – who also happens to be her mother. As she struggles to identify the unclaimed child, Lucy begins to realize that this case and the kidnapping may be linked by events that occurred during the blackest days of the country's recent history, events that also defined her own childhood.

LITTLE GIRL LOST is a devastating page-turner about corruption, greed and vengeance, and a father's endless love for his daughter.

Brian McGilloway is the bestselling author of the critically acclaimed Inspector Benedict Devlin series. He was born in Derry, Northern Ireland in 1974. After studying English at Queen’s University, Belfast, he took up a teaching position in St Columb’s College in Derry, where he is currently Head of English. His first novel, Borderlands, published by Macmillan New Writing, was shortlisted for the CWA New Blood Dagger 2007 and was hailed by The Times as ‘one of (2007’s) most impressive debuts.’ The second novel in the series, Gallows Lane, was shortlisted for both the 2009 Irish Book Awards/Ireland AM Crime Novel of the Year and the Theakston's Old Peculier Crime Novel of the Year 2010. Bleed A River Deep, the third Devlin novel, was selected by Publishers Weekly as one of their Best Books of 2010. Brian's fifth novel, Little Girl Lost, which introduced a new series featuring DS Lucy Black, won the University of Ulster's McCrea Literary Award in 2011 and is a No.1 UK Kindle Bestseller. The follow-up novel, Hurt, will be published in late 2013 by Constable and Robinson. Brian lives near the Irish borderlands with his wife, daughter and three sons.

Connect with the Author:

Purchase this book on AMAZON