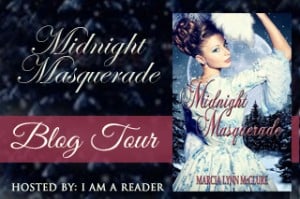 Stavos Voronin was not as blind-eyed as many nobles and royals. Evony’s physical gestures—even the simplest movement of her hands—revealed that she had not always been destitute. The same was true of the children—of their polished manners and the boy’s knowledge of horses and tendency to be bold and fearless of strangers.

Ah yes, Stavos enjoyed a good mystery. After all, interest in the inexplicable circumstances surrounding the royals of Abawyth was the very thing that had lured him to the kingdom—the enigma of Abawyth’s twelve sleepy princesses. And yet now—now his mind was all the more intrigued. Not only was the obscurity of what had caused the profound and baffling torpidity of Abawyth’s princesses laid out before him, but also he found his curiosity intensely piqued over the riddle surrounding the very lovely Evony and her siblings.

As Stavos strode through the village resting on the outskirts of Abawyth Castle, his mind reeled with possibilities. His musings were drawn back to why he had come to Abawyth at all—to solve the conundrum surrounding the twelve beautiful princesses of Abawyth kingdom—to solve the seemingly impenetrable crux and thereby win the hand of one of Abawyth’s princesses, as his father, King Letholdus of Ethiarien, had commanded. 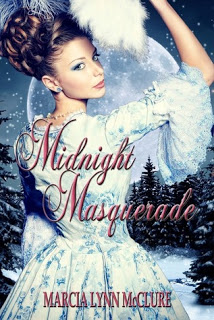 Amazon * Barnes & Noble * Kindle
I found the story of the Midnight Masquerade to be a magical fairytale journey.  The story begins with Evony, a princess who is hiding in plain sight in her step-uncle's kingdom while trying to care for her younger brother and sister.  She is hard working, thoughtful, and incredibly selfless.  Things take a turn when she is almost trampled by a horse owned by Stavos, prince of Ethiarien.
Everything changes from the moment she lays eyes on the handsome prince.  He is strong, smart, and caring.  He carries her into the house and in the time they spend talking he realizes she is the missing princess.  Together the two of the plot to find the Evony's mother and her twin sister, the missing queens of Abawyth.
Wrapped up as a side story is the story of the 12 Dancing Princesses...but with a twist.  Evony is cousin to the princesses and is working with Stavos to rescue them for their fate.
I found the story to be charming, fun, and full of romance.  There were a few places where I thought that the book was repetitive of certain details and went into narrative monologues that were unnecessary but otherwise it was a fun and enchanting book.
I give this book 3 ½ out of 5 stars. 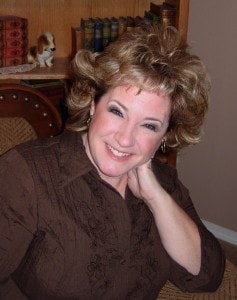 Author Marcia Lynn McClure Marcia Lynn McClure’s intoxicating succession of novels, novellas, and e-books, has established her as one of the most favored and engaging authors of true romance. Her unprecedented forte in weaving captivating stories of western, medieval, regency, and contemporary amour void of brusque intimacy has earned her the title “The Queen of Kissing.” Marcia, who was born in Albuquerque, New Mexico, has spent her life intrigued with people, history, love, and romance. A wife, mother, grandmother, family historian, poet, and author, Marcia Lynn McClure spins her tales of splendor for the sake of offering respite through the beauty, mirth, and delight of a worthwhile and wonderful story.