I didn't used to like pumpkin pie.  In fact, for many years I actively avoided it like the plague.   I think it was because most of the pumpkin pies I had tried were store bought.    One year before Thanksgiving my husband asked if I would make him a pumpkin pie.  I had no idea he even liked them so I agreed to make him one. 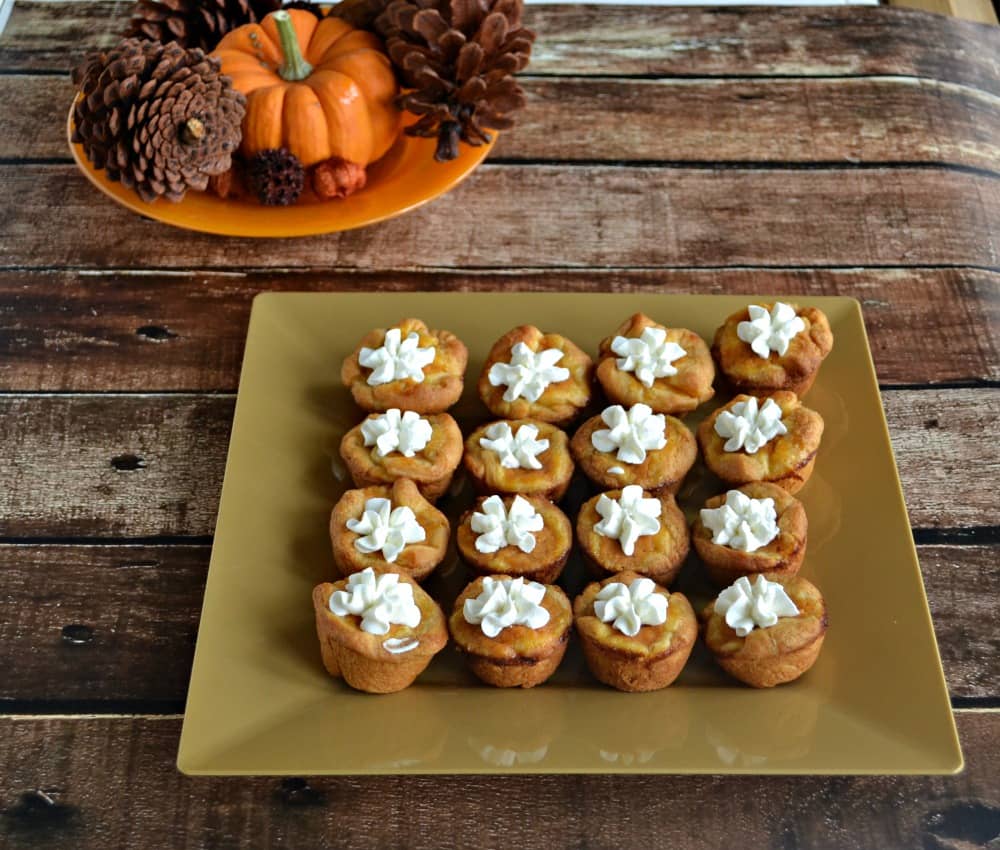 When I found a recipe I was surprised by how easy they were to make.  I whipped one up the very next day for my husband.  He was thrilled with it and I tasted a little sliver.   Surprisingly it was pretty good.   Ever since then I've made several pumpkin pies in the fall for both my husband and I to enjoy.   The only problem with making a whole pie is that it's just the two of us and it's hard to eat an entire pie. 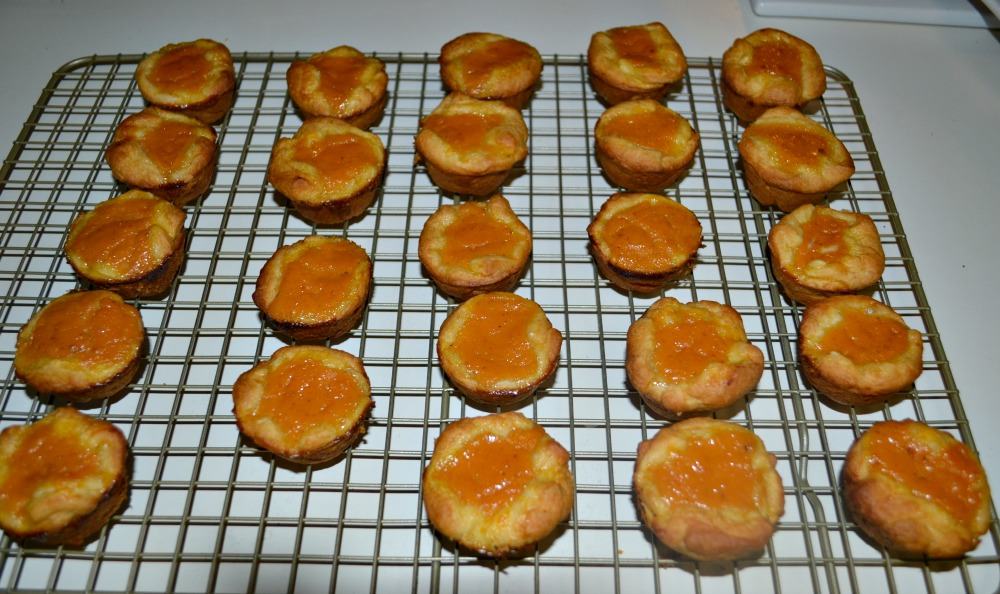 I found this recipe for mini pumpkin pies and thought they would be perfect.  The filling is very similar to a regular pumpkin pie and the crust is made from crescent rolls.   They were really easy to make and I ended up with 20 of them.  The crust gets puffy and delicious with the pumpkin filling the inside.  My husband wished there was a little more pumpkin in them so in the future I'll make sure not to overlap the dough in order to get more pie filling in the middle. 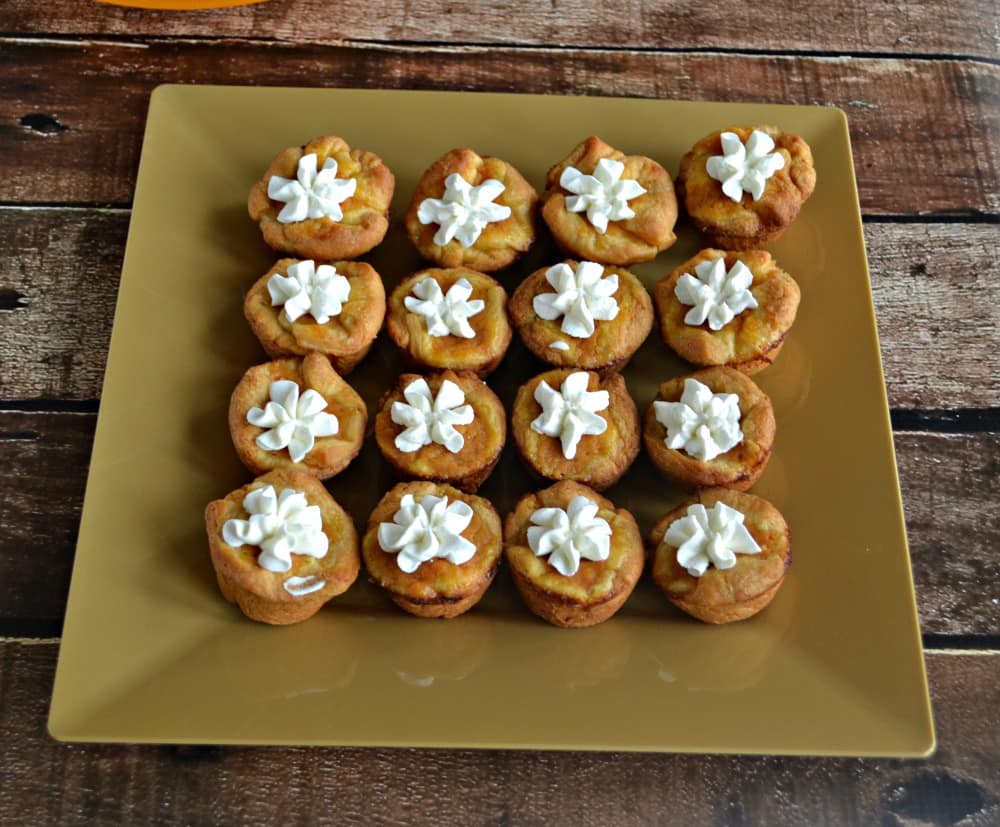 The fun part about these pies is that they are easy to pick up and eat so they are great for parties or events.   Plus, since they are bite sized there's really no waste.   I made them recently when my family came for dinner and everyone seemed to enjoy them.

Print
Ingredients
For the pies:
For the whipped cream:
Instructions
Notes
Adapted from Taste and Tell
3.4.3177 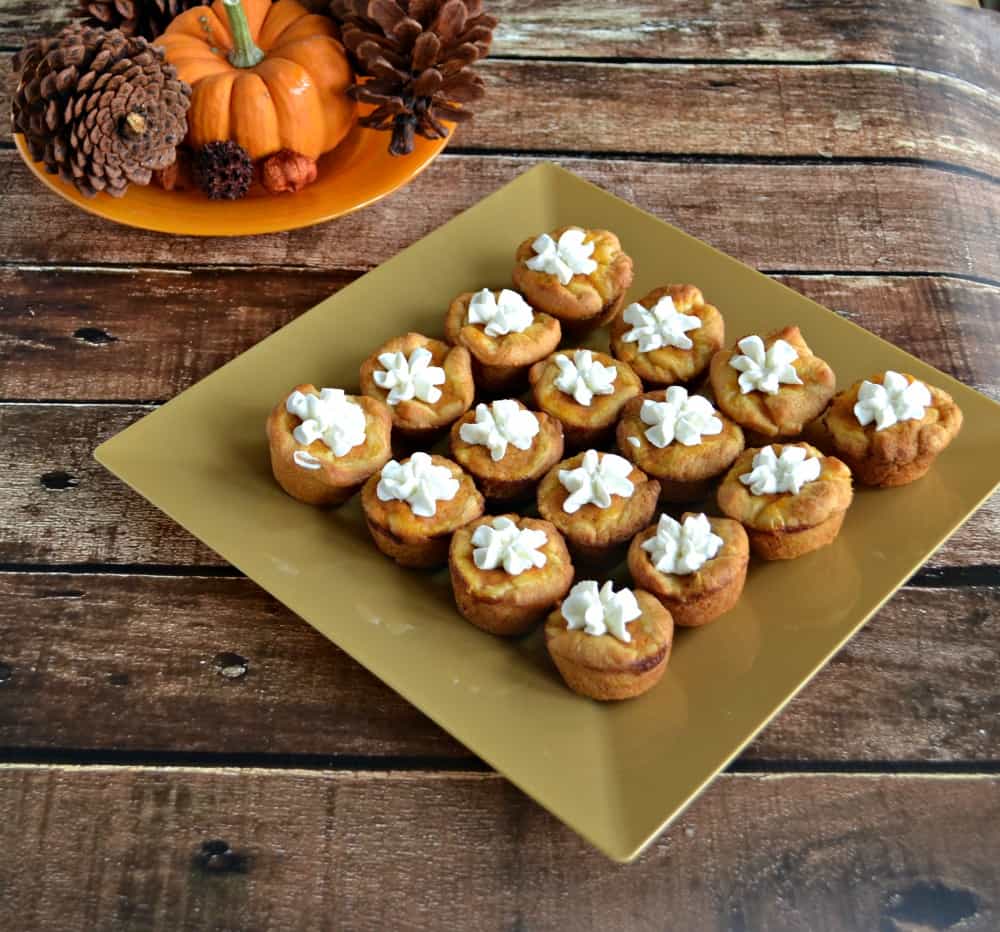