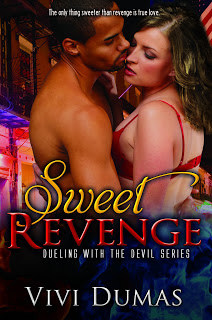 Hell hath no fury like a woman scorned. What if that woman is a demon, in fact Lilith's very own daughter? Isabella LaCoste vowed to get her revenge on her ex and his new human fiance. She didn't commit fifty years of her life to be thrown out like last season's runway fad. But taking vengeance on an upper level Shifter Demon and the newly crowned Voodoo Princess might not be a one demon job. She volunteers her services to Lucifer to deliver Angel and Jacque in exchange for his help. She never expected her new partner in crime would fill the void in her broken heart.
Not even death brought him peace. Xavier Toussant wanted out of his contract and the killing business. His last assignment was his own brother and he failed to deliver. Lucifer didn't appreciate his valor in dealing with his brother, Jacque. In fact, it only created more problems. Xavier's back on assignment to capture his brother and the Voodoo chick. Only this time, he's shackled to the craziest female in the Underworld. Xavier finds Isabella LaCoste might be the one thing to put his soul at ease.
Sweet Revenge: Dueling with the Devil Book 2 was a Finalist in the Music City Melody of Love Contest.
Purchase your copy at AMAZON
About the Author: 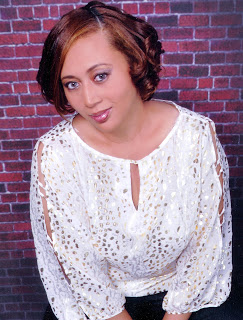 Although Vivi Dumas grew up an Army brat, she calls Louisiana home, but have endured the hot summers and cold winters of Maryland for the last 16 years. She is a graduate of Mount St. Mary’s University with an MBA in Finance and Marketing. Her analytical side has honed a career in the financial industry for almost twenty years. To balance her logical, numerical day job, she unleashes her creativity in her writing.
Vivi pens multicultural paranormal romance, mixing the two genres she loves. Her steamy paranormal romances indulge in worlds inhabited by demons, werewolves, vampires, and other supernatural beings. She has published works with Decadent Publishing, Ravenous Romance, and Breathless Press.
Her latest book is the paranormal romance, Sweet Revenge: Dueling with the Devil Book 2.
Visit her website at www.ViviDumas.com.
Connect & Socialize with Vivi!
TWITTER| FACEBOOK