This weekend I was lucky enough to host a House Party!  Plus, it wasn't just any House Party but a Three Bridges party!   Before this party I had never heard of Three Bridges. Three Bridges is a line of Chef Crafted Meals, Pasta, and Sauces.  The products explore a world of flavors used to create delicious foods that are easy to prepare. 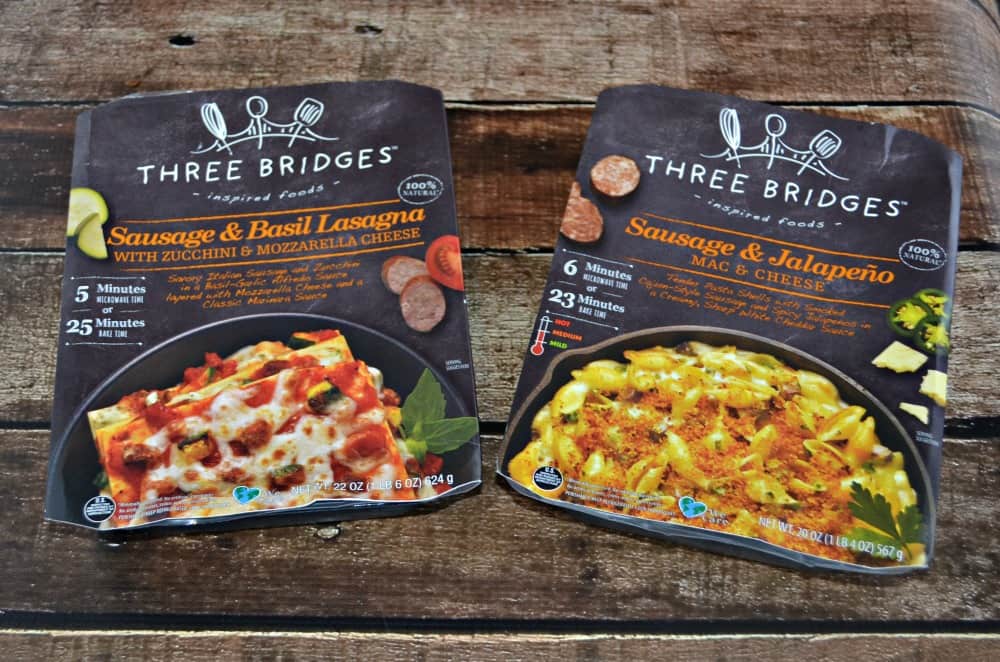 I was excited to host a party and serve the Three Bridges products.  I invited a few friends from work, my parents, and a few other family members over.   The store I went to only had the pasta dishes so I bought several of the Three Bridges Sausage and Jalapeno Macaroni and Cheese as well as a few Sausage and Basil Lasagna.   Look for these in the refrigerator section, not the freezer section as I first thought. 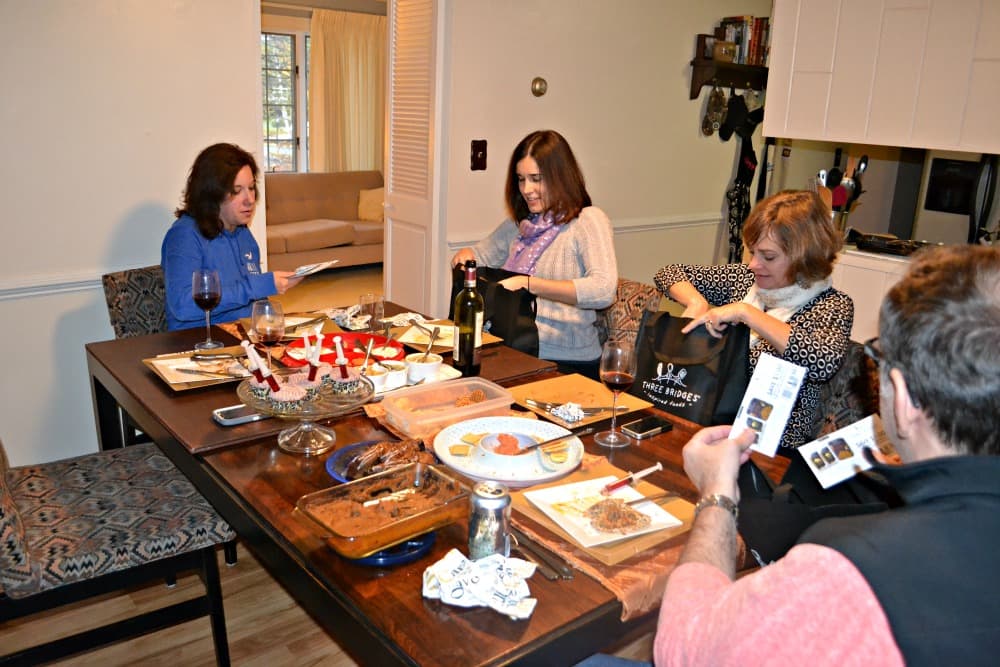 When I got home I checked out the instructions and found all I had to do was place the meals on a cookie sheet and bake!  Super easy and perfect for serving to company.   I also wanted to have some veggies and dip, cheese and crackers, and some breads to go with the pasta. 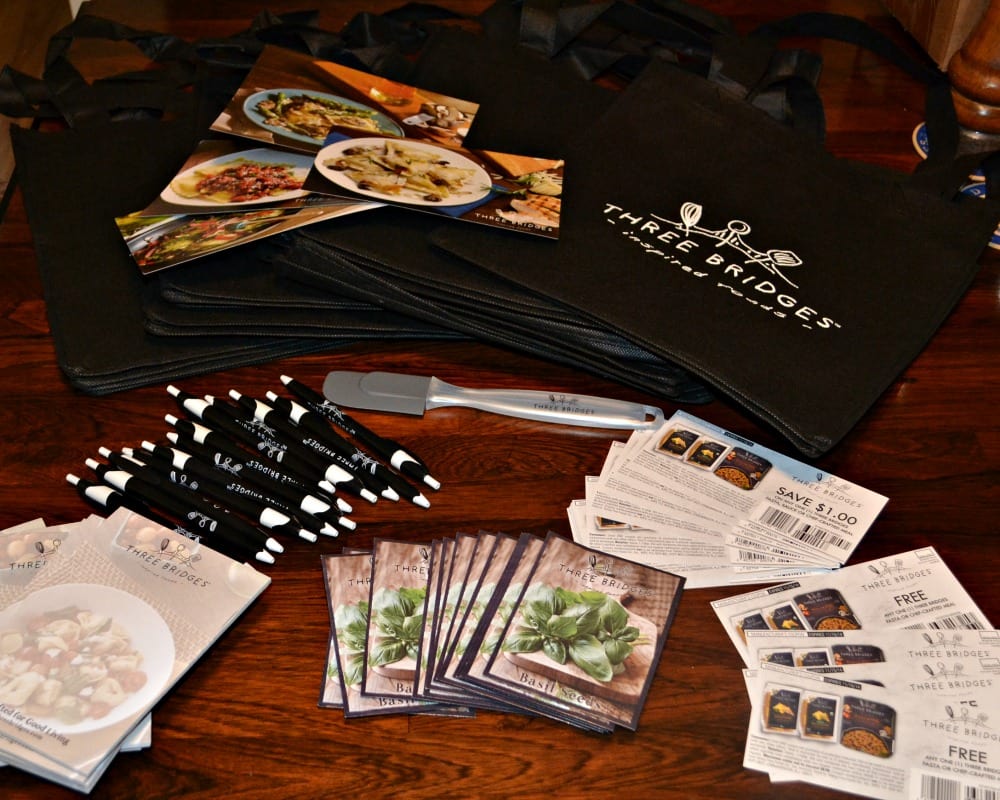 I was also able to make up some party favor bags with all the goodies I was given.   Each person at my party received a fabric tote bag, a pen, basil seeds, a notepad, a recipe booklet, and coupons to buy their own Three Bridges products.   I then added in a few of my own Hot Cocoa on a Stick and Chocolate Covered Pretzels. 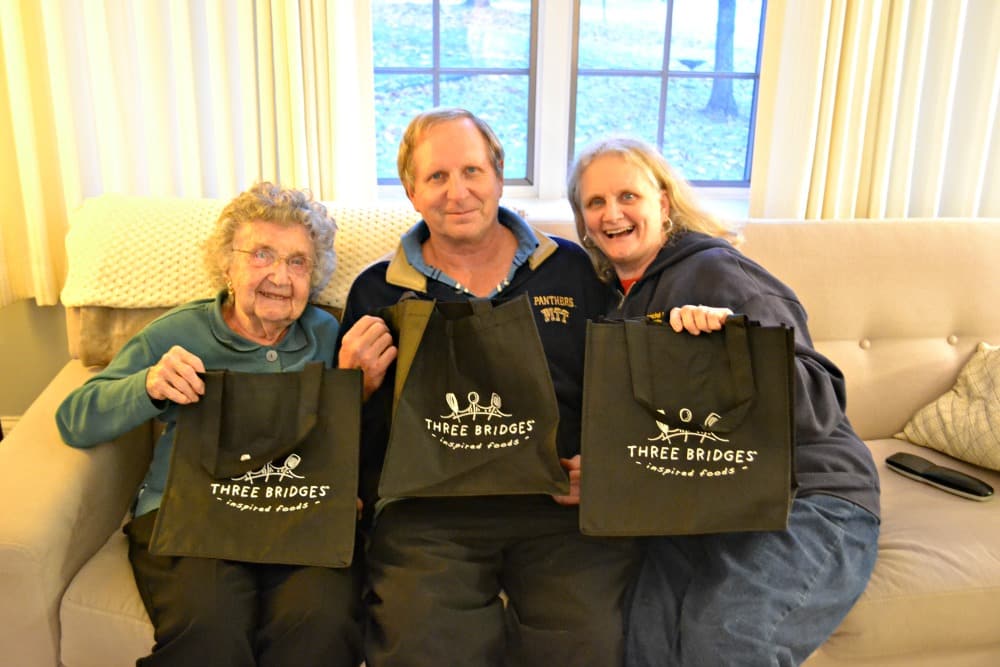 The party started with a lot of appetizers and snacks.  As soon as everyone arrived I put the pasta into the oven.   Twenty-five minutes later I pulled four piping hot dishes out of the oven.   As soon as I pulled them out people started gathering in the kitchen.  Each meal was enough to serve four people.  While both meals were tasty, the clear favorite was the Macaroni and Cheese.   The sauce on it was delicious and the jalapenos added just a touch of spiciness to the dish.   I will definitely be purchasing that again in the future.

After we finished eating and all four dishes were gone, we had the super fun cupcakes that I made for dessert.   If you want to check them out you'll have to come back tomorrow when I post them!   Overall we had a great time and I'm glad we got to try Three Bridges Meals. 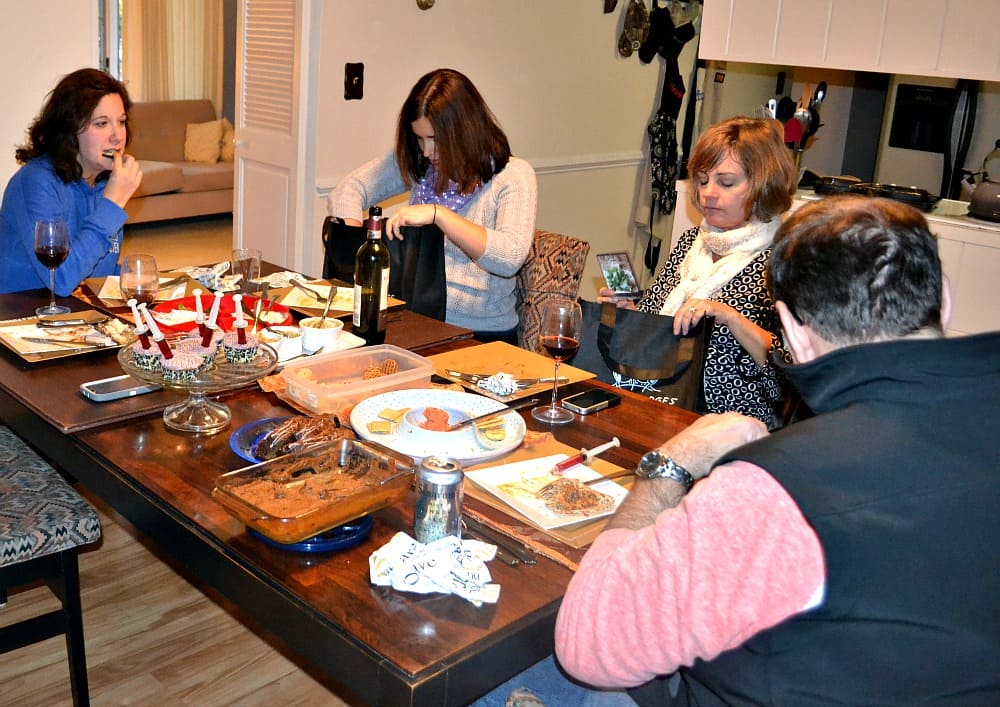