After everything that has happened, Grace moves to the Everglades to live with her grandmother, Birdee, and hang out with old man Rex, Birdee's "friend with benefits". Grace quickly befriends Dylan, Rex's nephew, and Dylan's girlfriend, Sadie, who is a die-hard teen activist. Sadie spends her time leading protests against the roadside zoos that run rampant in Florida with a total disregard for animals or the flimsy law. 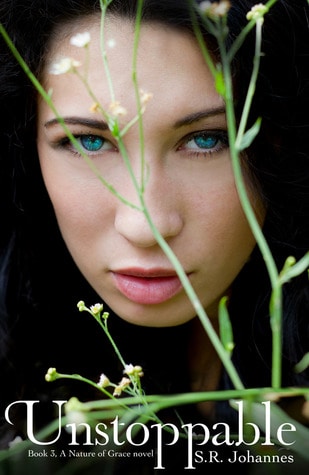 One day while out in the marshes of the Everglades, Grace and her friends rescue an abused—and endangered—Florida panther. She and Birdee spend time rehabilitating the animal. But when the panther runs off, Grace follows it to Uncle Bob's, a large roadside zoo they all have been protesting. One that is illegally filled with a variety of endangered and exotic animals. Before she can rescue the panther, she and her friends are kidnapped by the ruthless owner and dragged deep into the Everglades for a hunting challenge.

Only this time, Grace is the prey.

During a sick game of cat and mouse, Grace and her friends are offered one chance at survival, but only if they reach civilization before being caught. With a small head start and very little supplies, only time and skill stand between the hunter and the hunted. But out in the Everglades, there may be more dangers than Grace realizes.

Against all odds, Grace must make it out alive and win, or everything she holds dear could be lost.  (-synopsis)

This is the third and final installment of the Nature of Grace series.   Grace is living in Florida with her grandmother, Birdie, after her father was killed in the last book.  Her mother is still in North Carolina trying to sell the house and thought Grace would be safer in Florida.  Al, the man who killed her father, is still on the loose and he blames Grace for the death of his sister.

Grace is bored in Florida and doesn't really want to be there.  She misses her boyfriend Mo and hasn't made many friends.  The one friend she does have, Dylan, takes her to a protest where he is meeting his girlfriend.   Sadie is an animal rights activist and she and Grace hit it off right away.   They protest Uncle Bob's Roadside Zoo and become quick friends.

Later that day the three friends find a Florida panther hurt in the woods.  They take it home to nurse it back to health but the panther escapes and runs away.   Grace thinks it may have gone back to Uncle Bob's and so she returns to the horrible roadside zoo.   The only problem is, Uncle Bob doesn't want her poking around his zoo.  In fact, he'll do just about anything from preventing her from looking at his animals...even kidnapping her.

Now Grace, Dylan, and Sadie are in the Everglades running for their lives.   Their are men hunting them and no one ever leaves alive.  Will Grace be able to make it to safety?  Will Dylan and Sadie survive?

This is a great ending to a suspenseful young adult trilogy.  Grace is still the same strong teenager advocating for animals.  She wants to make sure the animals are safe and are coming to no harm.  She is head strong and often won't take no for an answer.  Unfortunately, this tends to have dire consequences in this book.  She's also fiercely loyal to her friends.

While Dylan and Sadie are supporting characters, they are both also strong characters.   Their love for each other is evident and together they are a force to be reckoned with.  When Grace runs off to save the panther they are close on her heels wanting to help her.

I really like the fast pace of the book and the depth of the characters.  The only character I had trouble with was Mo.  I really, really like him and his character, but he's not believable as a 17 year old.   If he were 20 or 21 his character would be much more believable.

Overall this was a great ending to a fun series.   I would recommend it to anyone who likes thrillers and suspense novels.