You probably know that we get a weekly CSA in the summer.   I love going each week to pick up our share and find out what is in our bag.   At the beginning of the season we usually get a lot of lettuce and greens.   After that we get a lot of herbs, squash, and other early summer vegetables. 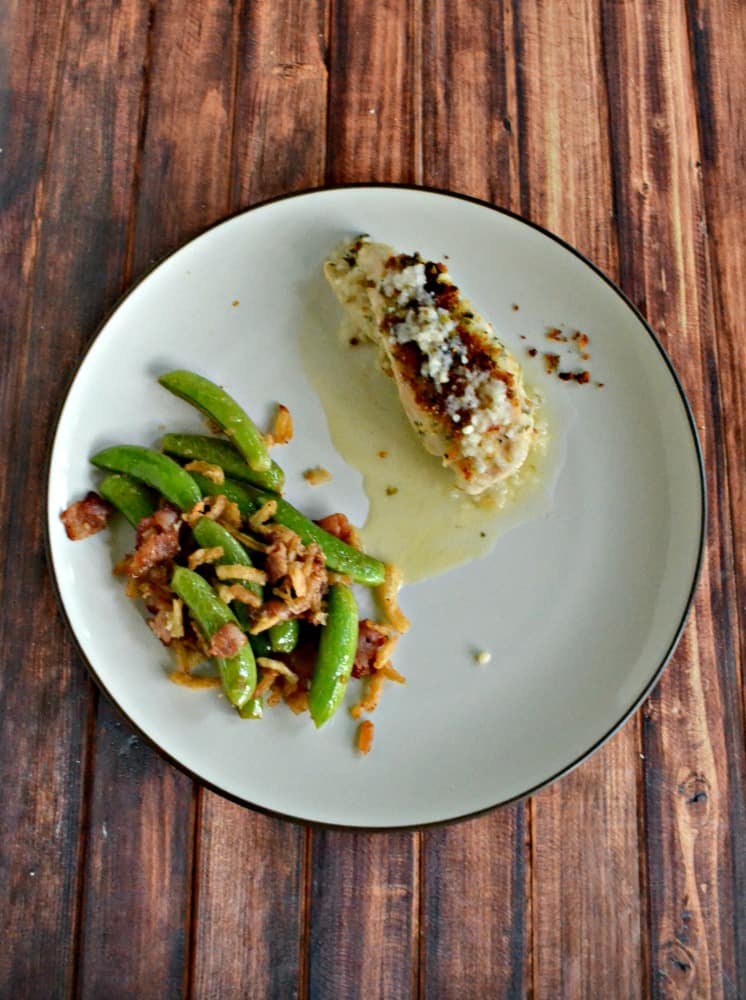 Lately we’ve been getting bags of peas with every share.   I’m sure I’ve said it before but I’m not a fan of peas.  I’ve never really liked peas but maybe that’s because I was mostly given canned peas when I was younger.   I hated them.  I would only eat them if they were in soup. 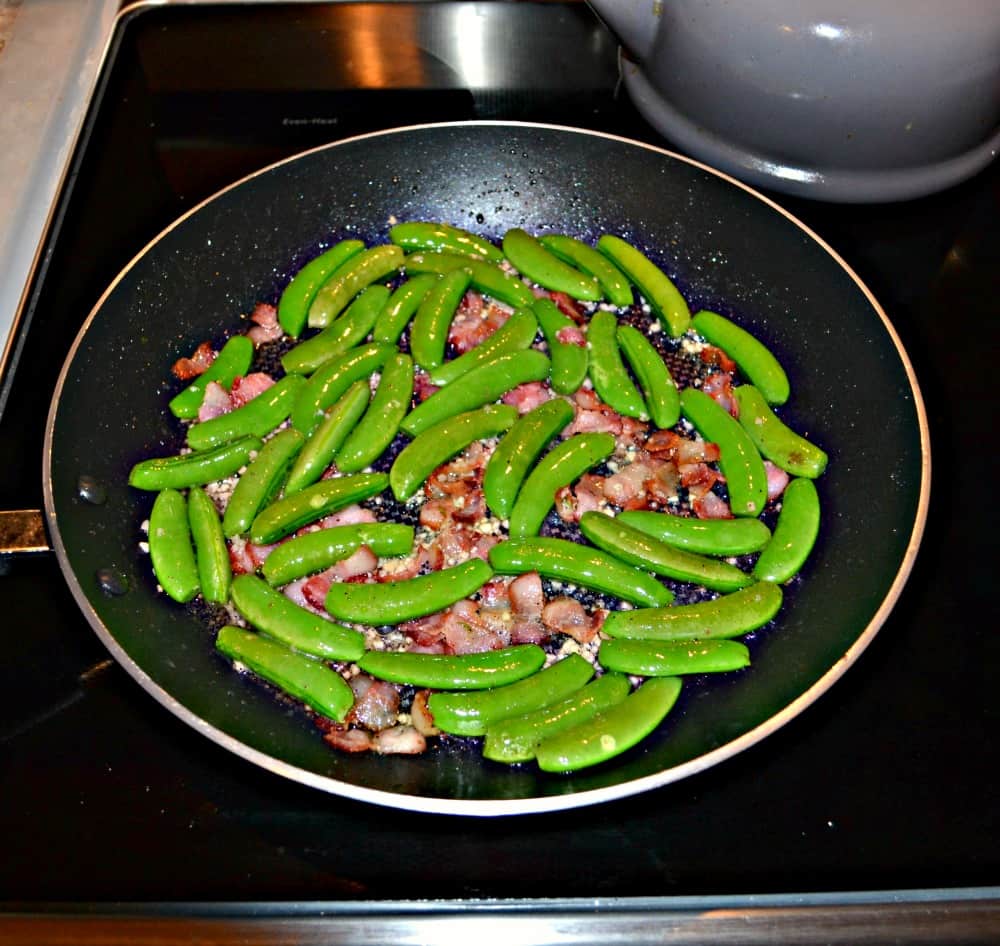 Recently I’ve been eating peas if they are in a pasta dish or in some other entrée.   Since we’ve been getting so many peas I’ve been looking for different ways to cook them as a side dish.  This has been a challenge since I am not all that fond of peas.

The first recipe I tried that was a success was Peas and Bacon.  Let’s be honest, if you cook anything in bacon it’s going to be delicious AND Bacon is this weeks Sunday Supper Theme!  Plus, in addition to the bacon, it has French fried onions in it.   This is pretty much the best dish you can make for someone who doesn’t like peas because there are a lot of other flavors going on in it. 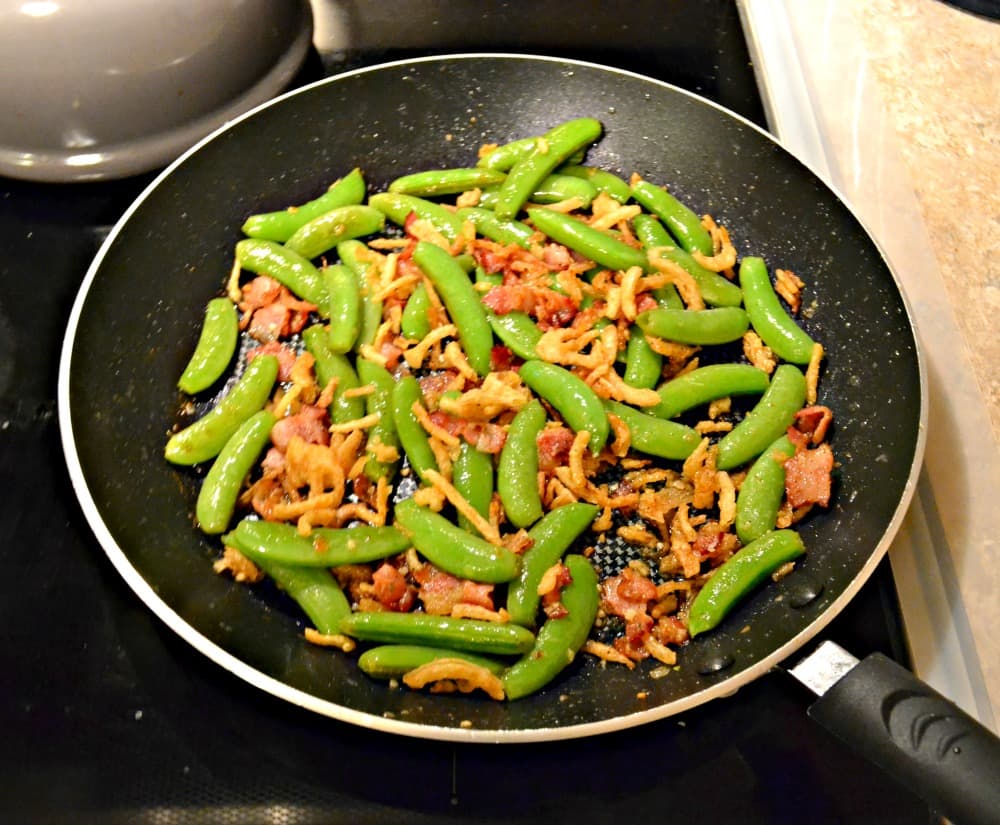 My first bite of this wasn’t bad.  In fact it was actually quite good.  The peas still have a bit of a snap to them.  The bacon is crispy and adds a saltiness to the peas.  Then the fried onions add a nice crunch.  I liked it enough to have a second helping!  My husband, who likes peas, really liked this version.  So if you have kids or a spouse that doesn’t really like peas, make sure to make this dish for them! 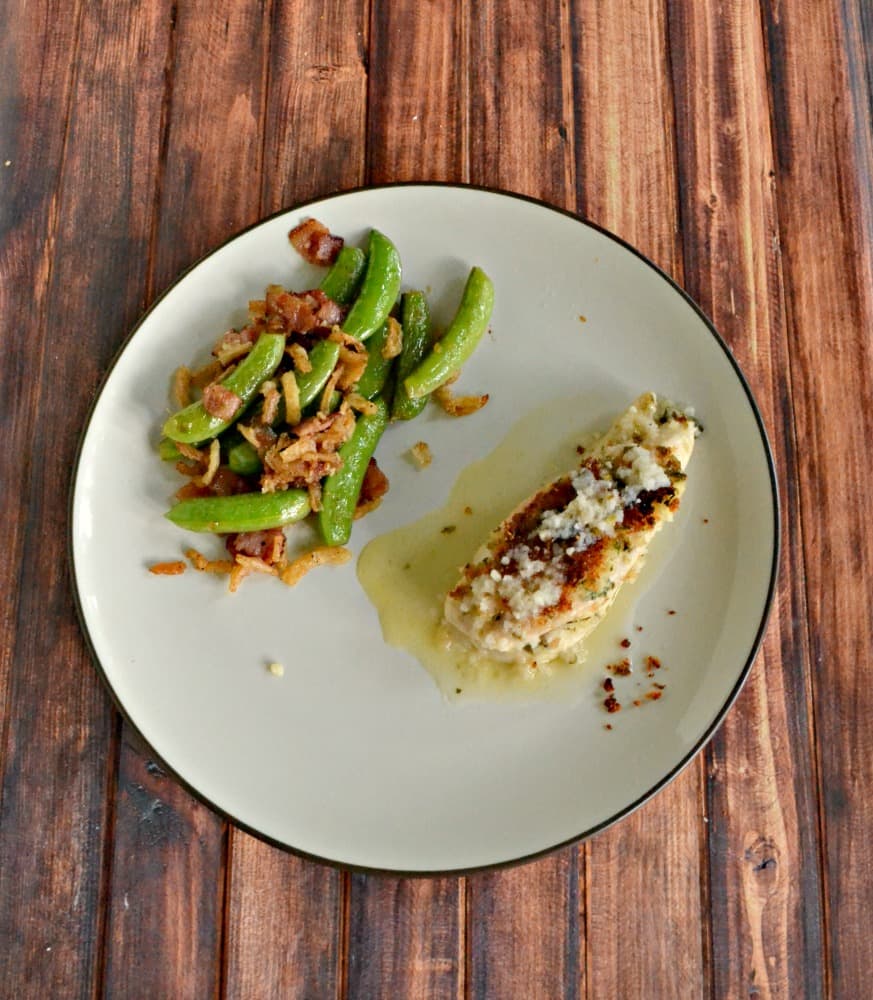