This post is sponsored in conjunction with PumpkinWeek . I received product samples from sponsor companies to aid in the creation of the PumpkinWeek recipes. All opinions are mine alone. 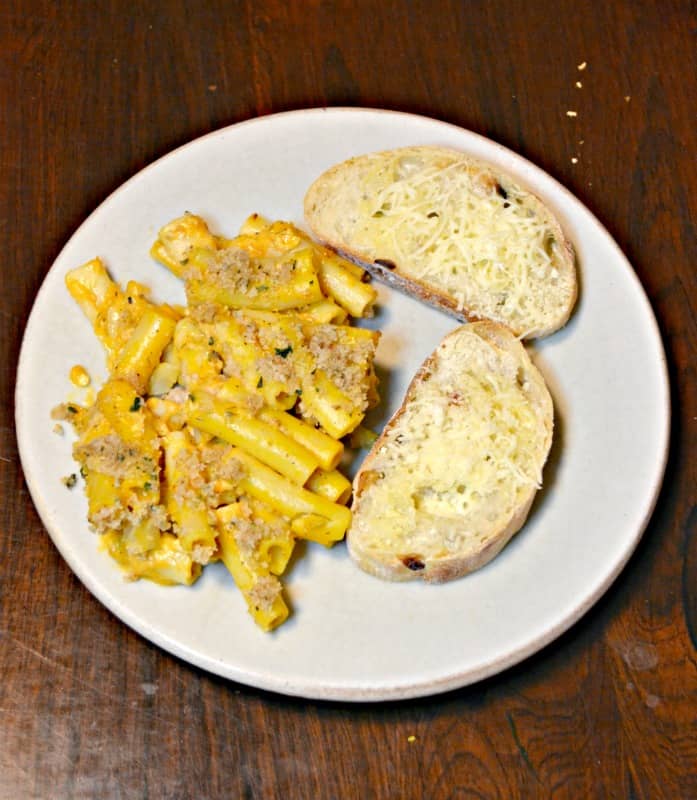 I know that when many people think pumpkin recipes they think of sweets.  Pumpkin pie, pumpkin spice lattes, and pumpkin bread are recipes that most people have in the fall.  However, there are some really good savory pumpkin recipes as well.  I've made several pumpkin pasta dishes in the past, I've had pumpkin soup, and I've seen chicken with pumpkin.

Since I went with two sweet pumpkin recipes for #PumpkinWeek I wanted to fit in a savory recipe as well.  This Cheesy Pumpkin Pasta Bake is so yummy if you are a pasta fan.   When I told my husband I was making it he didn't seem too excited.   Like many people he thinks sweet when he thinks of pumpkin.  I assured him this recipe was going to be different.

The sauce is made with pumpkin puree, Cabot cheese, milk, and spices.  It's thicker than I would think it would be so I thinned it out with a bit of pasta water.   If you want to make it thicker simply add more pumpkin and if you want it thinner add pasta water.  It's simple to adjust for your own taste.

Speaking of adjusting to your taste you can choose any two different cheeses that you would like to incorporate into the pasta.  I chose a sharp cheddar and a pepper jack from Cabot.   I think the cheddar gave the sauce a nice bite while the pepper jack added a little bit of heat.   You can also use any shape of pasta and I chose ziti because I wanted something Baby J could easily eat. 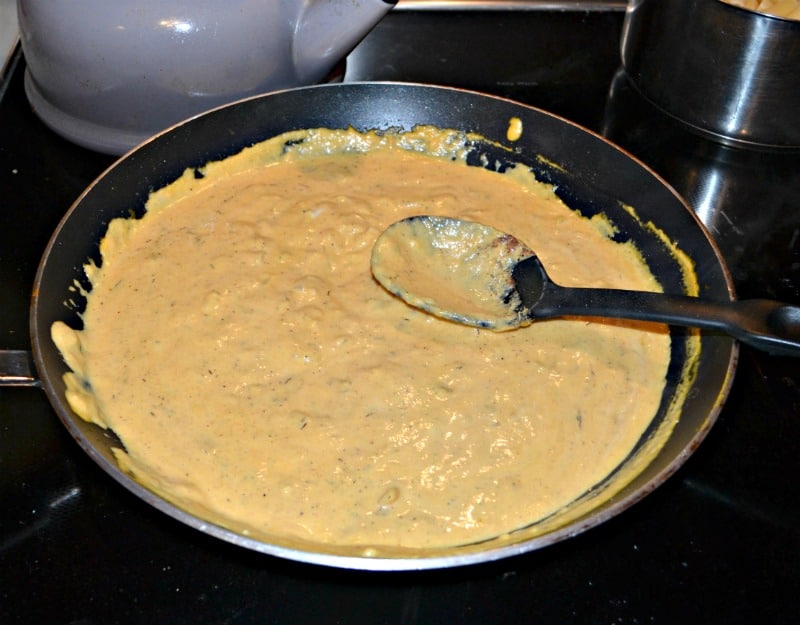 I made this on Saturday but we ended up not eating it until Sunday.   It held up well and tasted great even after being in the refrigerator over night.  The bread crumb topping adds a buttery note to the pasta which is really nice.   The entire dish is like a fall flavored macaroni and cheese and it's delicious!

Even though it has pepper jack cheese in it Baby J was thrilled to have some.  I'm pretty sure he ate a serving of it for lunch and then another for dinner.  My husband was surprised by how much he enjoyed it but the pumpkin really works well with the cheese to make a tasty sauce that has a few servings of vegetables in it.

So if you need an easy to make fall recipe to feed a crowd this Cheesy Pumpkin Pasta Bake should definitely be on your list! 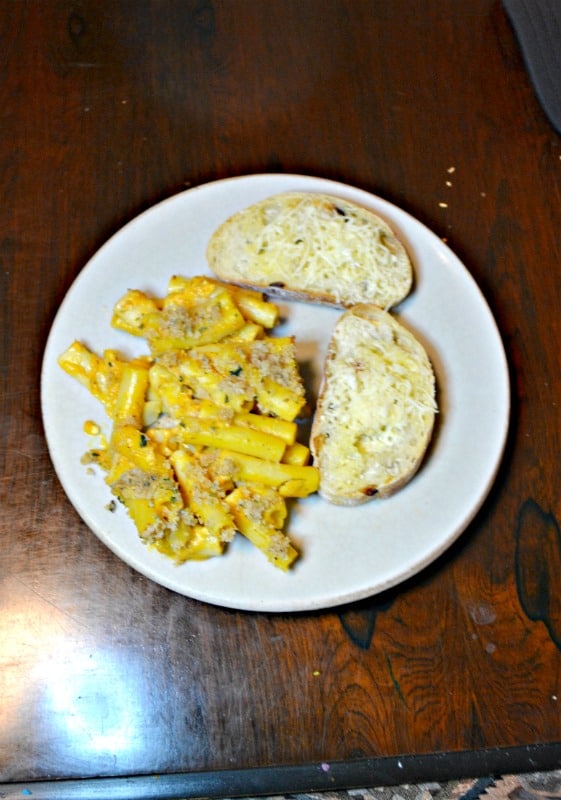