I’m back with another pasta recipe.  You all know how I feel about pasta and I’m happy to say that my son feels the same way.  He will gladly down a bowl of buttered noodles or ravioli with me. It’s nice to be able to share my lunch or dinner with my little man. 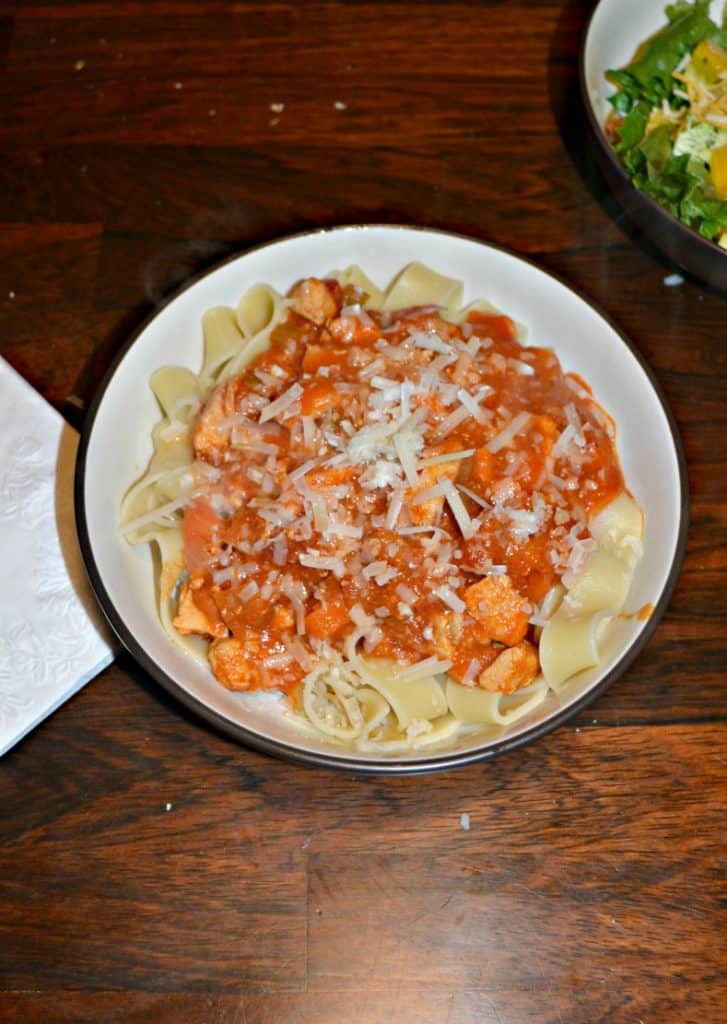 I came across a recipe for Chicken Ragu with Fennel and Bacon and thought that it sounded pretty good.   Apparently, I really just liked the name because when I was finished with it the recipe was nothing like the original.  I removed the fennel, added in carrots and celery, used chicken breasts instead of rotisserie chicken, and added in some tomatoes.   I’m fairly certain the creator of the original wouldn’t recognize their creation once I was finished with it. 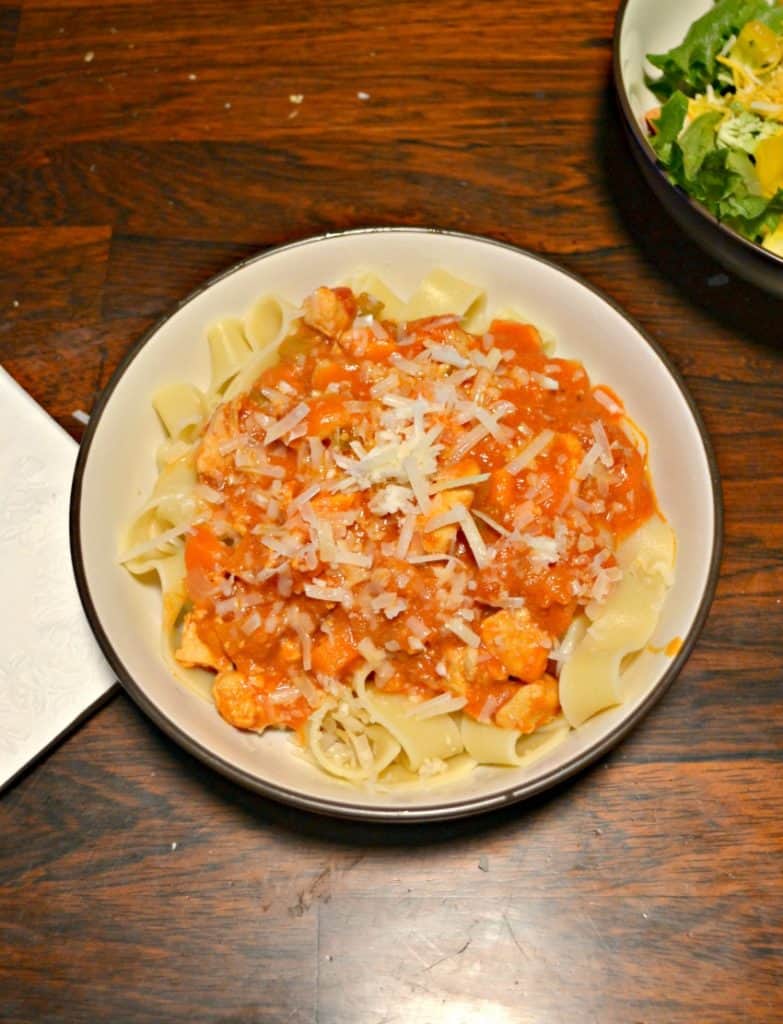 Part of the problem is that I like a tomato base.  My child also likes a tomato base on his pasta. He isn’t a fan of other sauces unless it is straight butter and Parmesan cheese. In my mind a ragu always has vegetables as well which is why I added in the carrots and celery.

The resulting sauce was delicious.  We had it for dinner that night and I found it to be rich, meaty, and full of vegetable flavor.   I served it over top of pappardelle, which help up to the hearty sauce nicely. I served it again for dinner the next night over top of penne and the flavors were really enhanced after allowed it to sit overnight. 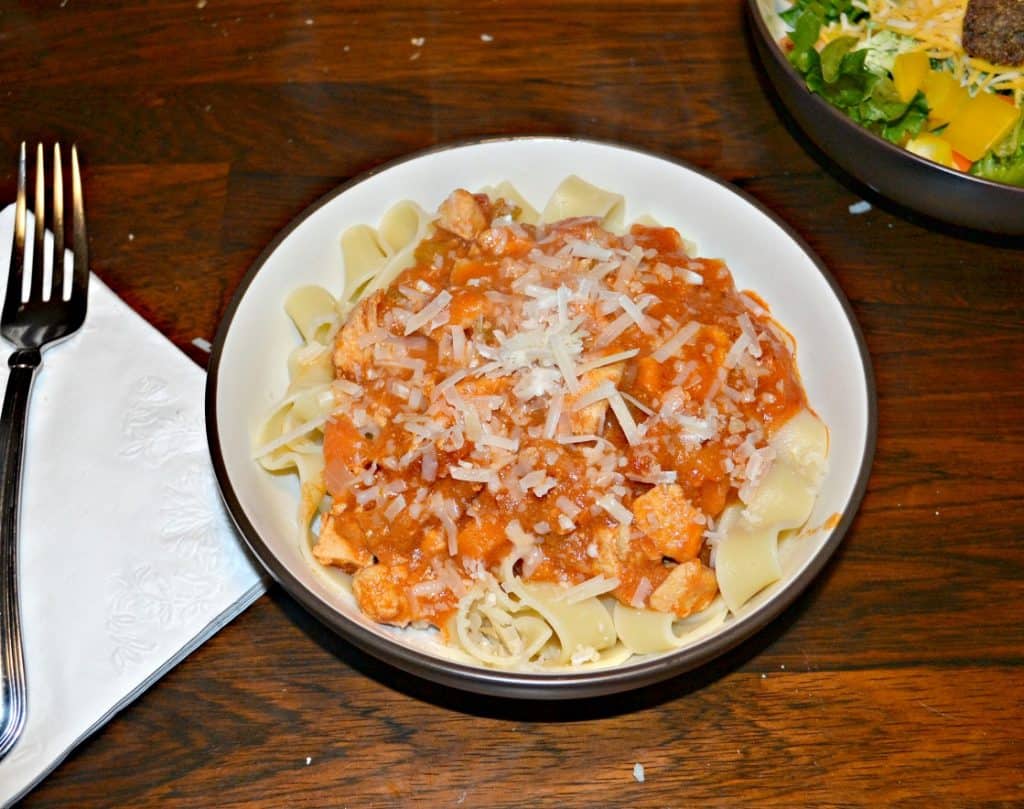 This makes a really big batch so in the future if I make it again I’ll freeze half of the batch and use the other half.  To freeze it simply put several cups in a quart size freezer bag, lay it flat in the freezer, and allow it to freeze. Use it within 6 months for best results. 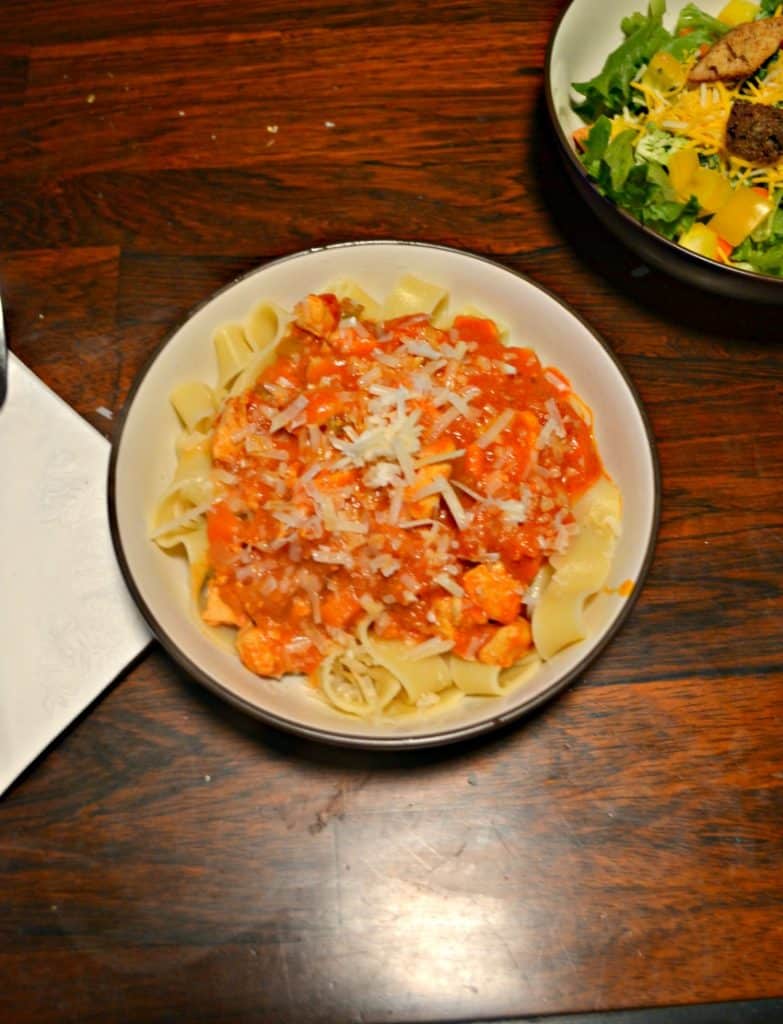