Chocolate Root Beer Float Cupcakes are rich chocolate cupcakes brushed with a root beer glaze then topped with a vanilla and root beer frosting with a cherry on top. 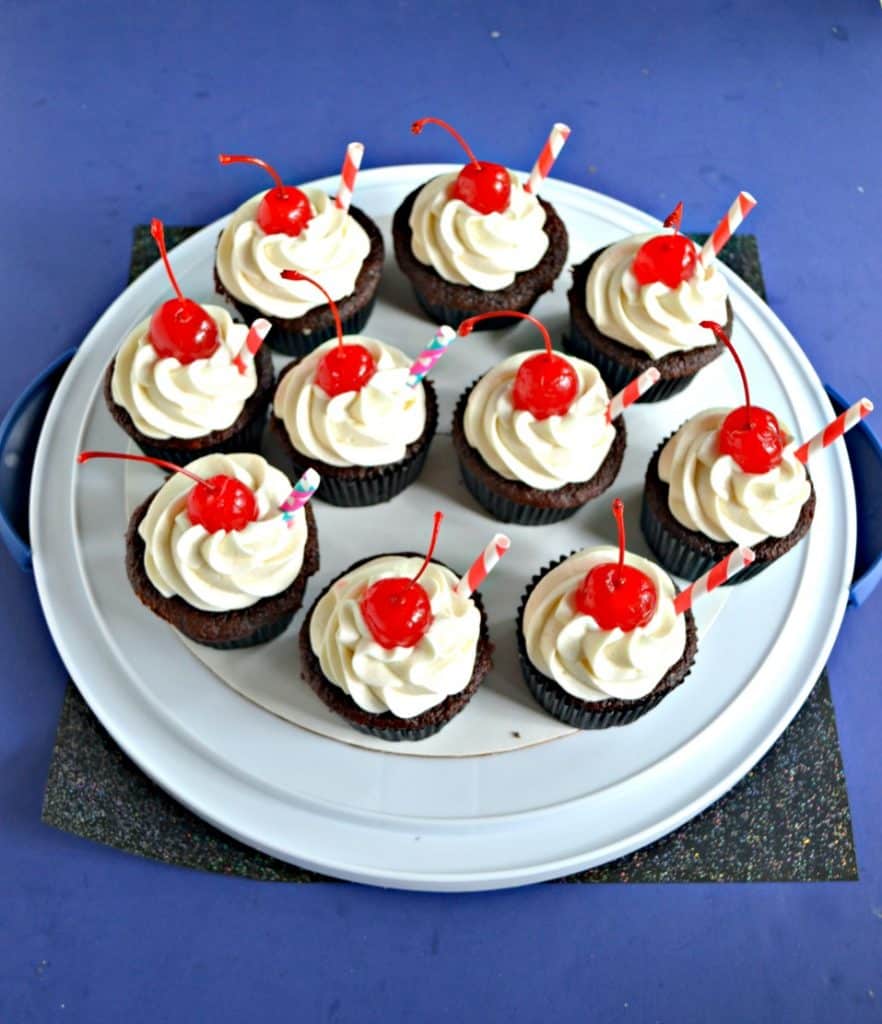 I looked through tons of recipes and found classic chocolate cupcakes, s'mores cupcakes, chocolate chip cupcakes, and chocolate strawberry cupcakes.   While those all sounded great I wanted something a little more unique.   In fact I already have at least one of each of those cupcakes already on my blog so I needed something different. 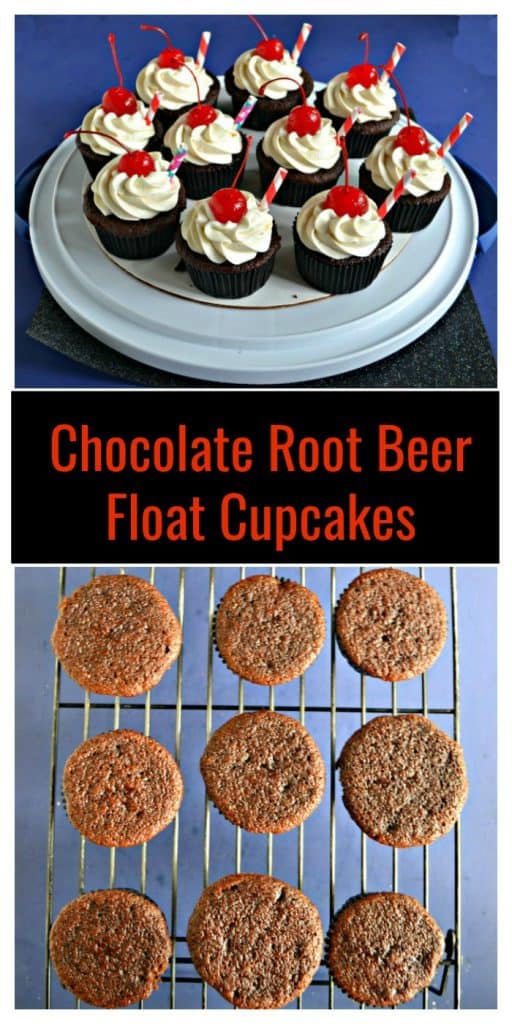 I found a recipe for Chocolate Root Beer Float Cupcakes and was pretty intrigued.  The original recipe called for a chocolate root beer cupcake, a root beer filling, and a vanilla frosting.  I switched it up a little bit by using a root beer syrup to soak the cupcakes instead of a filling and made a vanilla root beer frosting.

The cupcakes are super light and airy thanks to the amount of root beer used in the cupcakes.   The root beer syrup added flavor and weight to the cupcake.  Then the fluffy frosting just tied everything in together.

For decoration I decided to add a cherry on top because of the root beer float theme as well as adding a pop of color to the finished cupcake.   I cut a paper straw into thirds and stuck it in the side of these cupcakes so it looked like they were ready to drink.  These were really fun to make and the flavor was delicious. 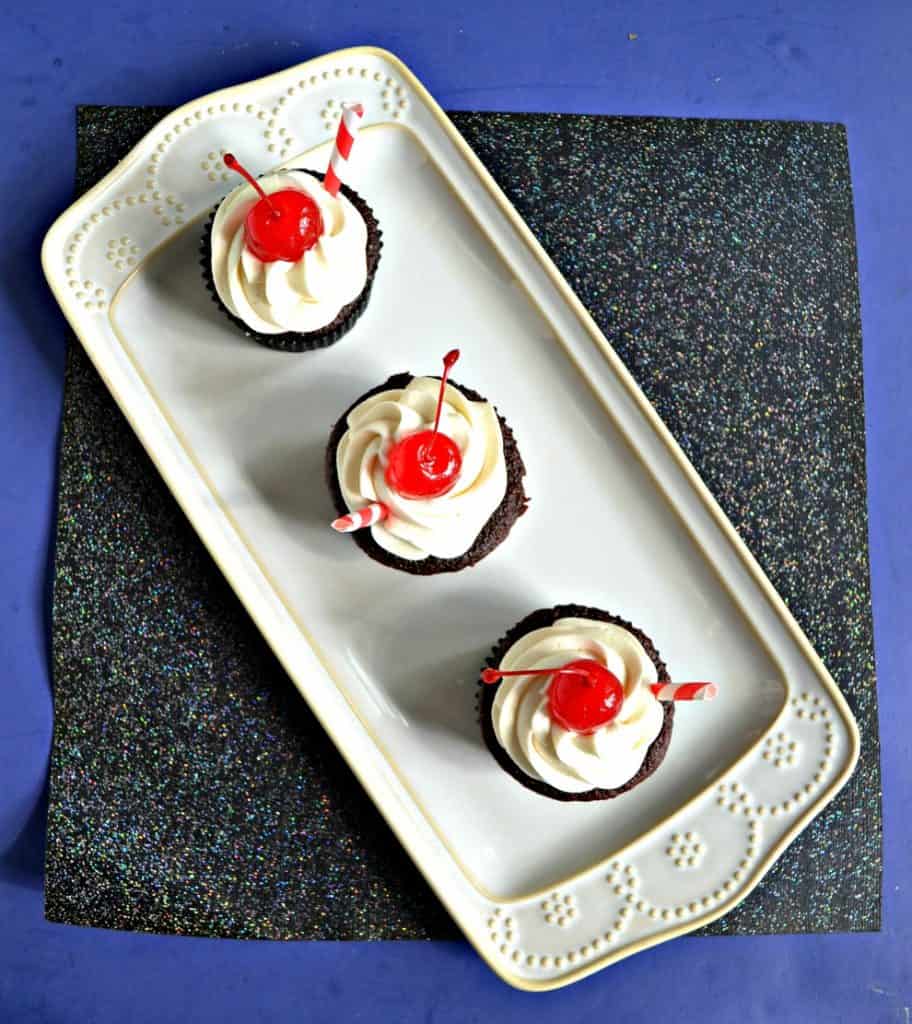 Recipe adapted from Baked In 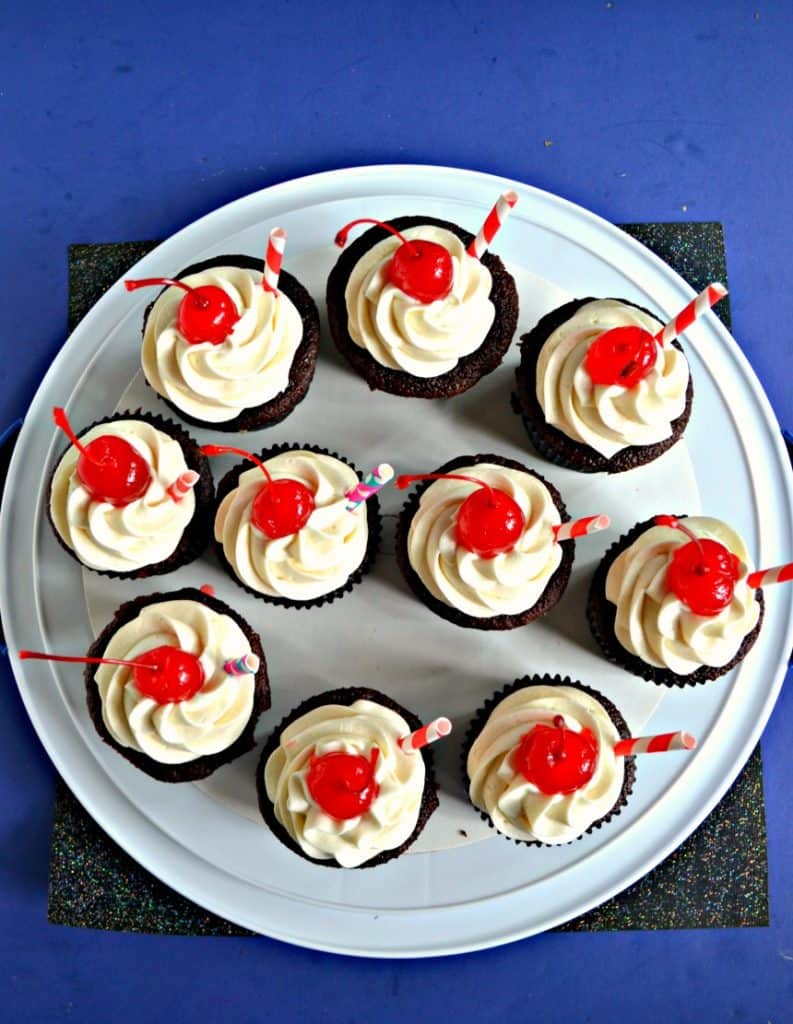