Everyone likes Rice Krispies Treats.  They are the original cereal dessert that is super easy to make and that kids love to eat.   In the past I've made several gourmet Rice Krispies Treats that have used different types of baking chips, baking flavors, or marshmallow flavors.  I enjoy taking a classic sweet treat and giving it an updated taste. 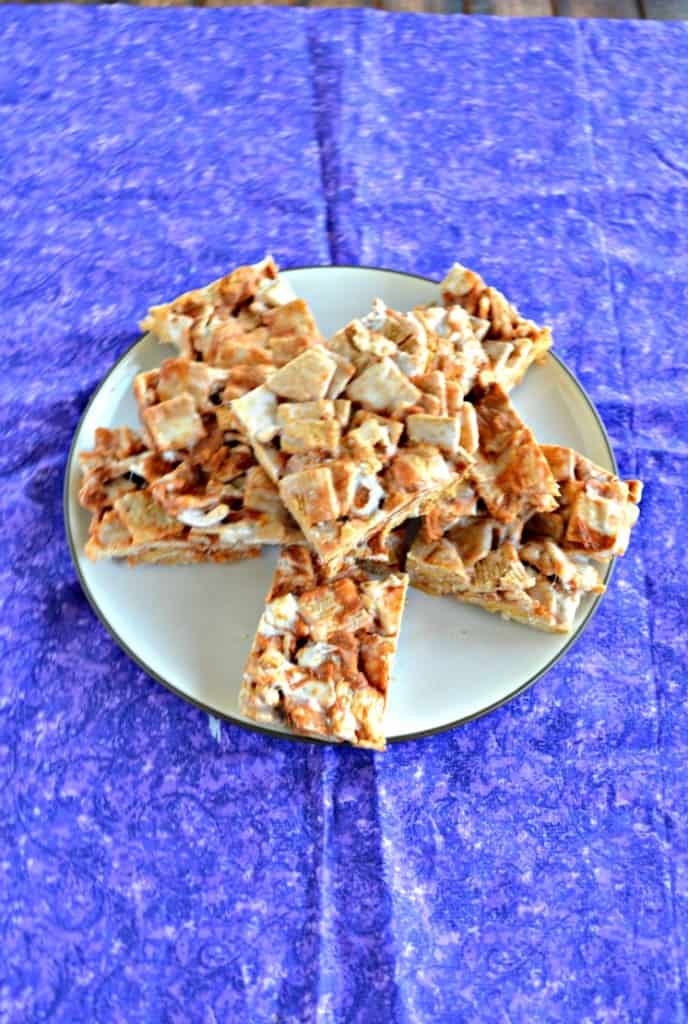 A few weeks ago I got a few boxes of Cinnamon Toast Crunch.  I'm not sure you know but I don't really eat cereal.  It's never been my thing.  When I do eat cereal it's usually Cheerios because I'm not big on the sugary cereal.  However, I do like to put Cinnamon Toast Crunch on top of vanilla ice cream in the summer so I had some on hand. 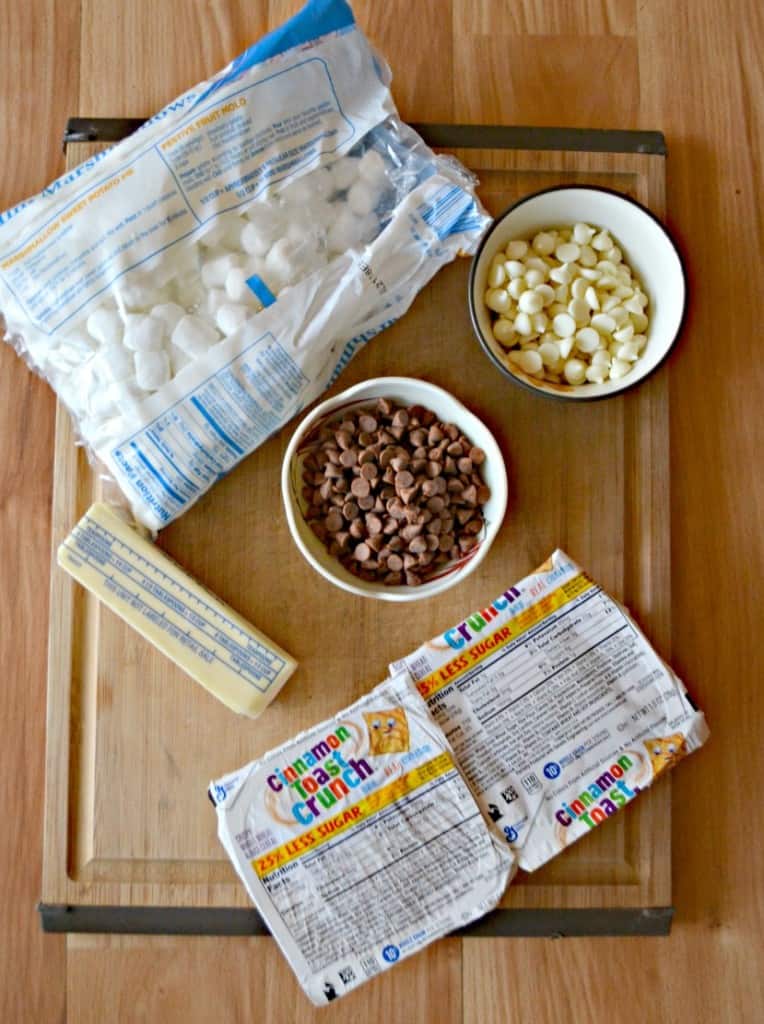 I wanted to make a treat for the kids at school and I thought it would be fun to make them Cinnamon Toast Crunch Treats since most of them love that cereal for breakfast.  In addition to the cereal and the marshmallow I added in some cinnamon chips and white chocolate chips for flavor.  It took me about 10 minutes total to make these. 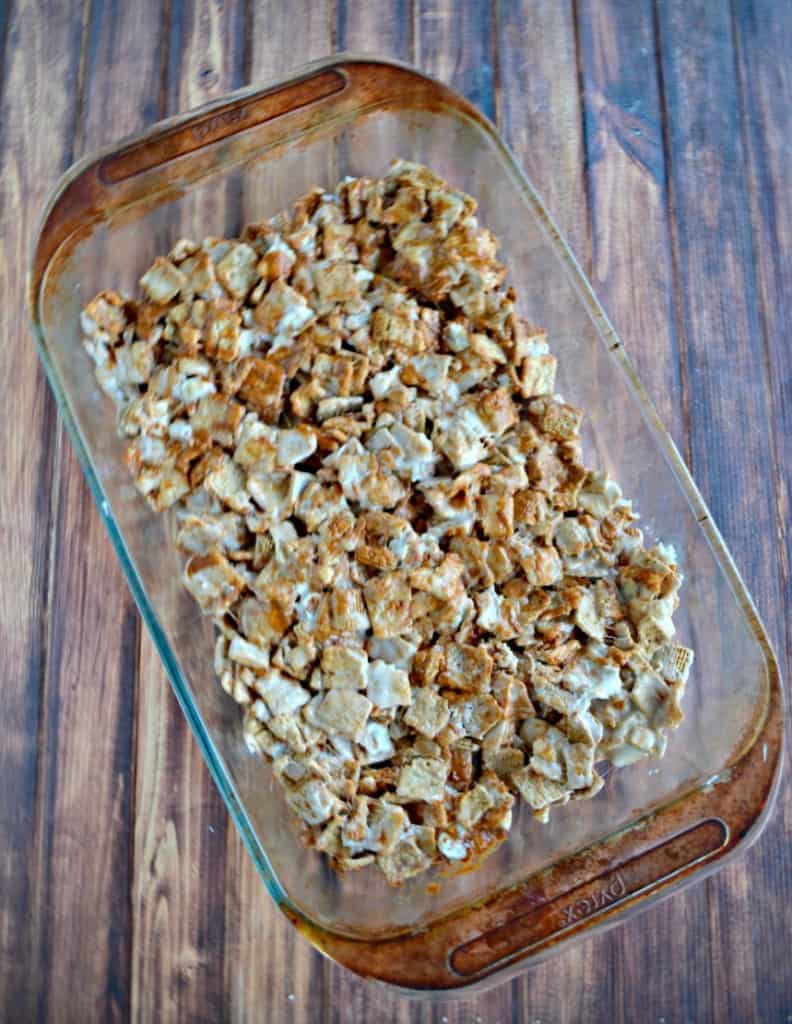 The resulting treats were super yummy, especially if you like cinnamon. They are gooey, spiced with cinnamon, and have sweetness from the white chocolate chips.  The kids went crazy over them!  I think they liked them better then the traditional Rice Krispies treats! 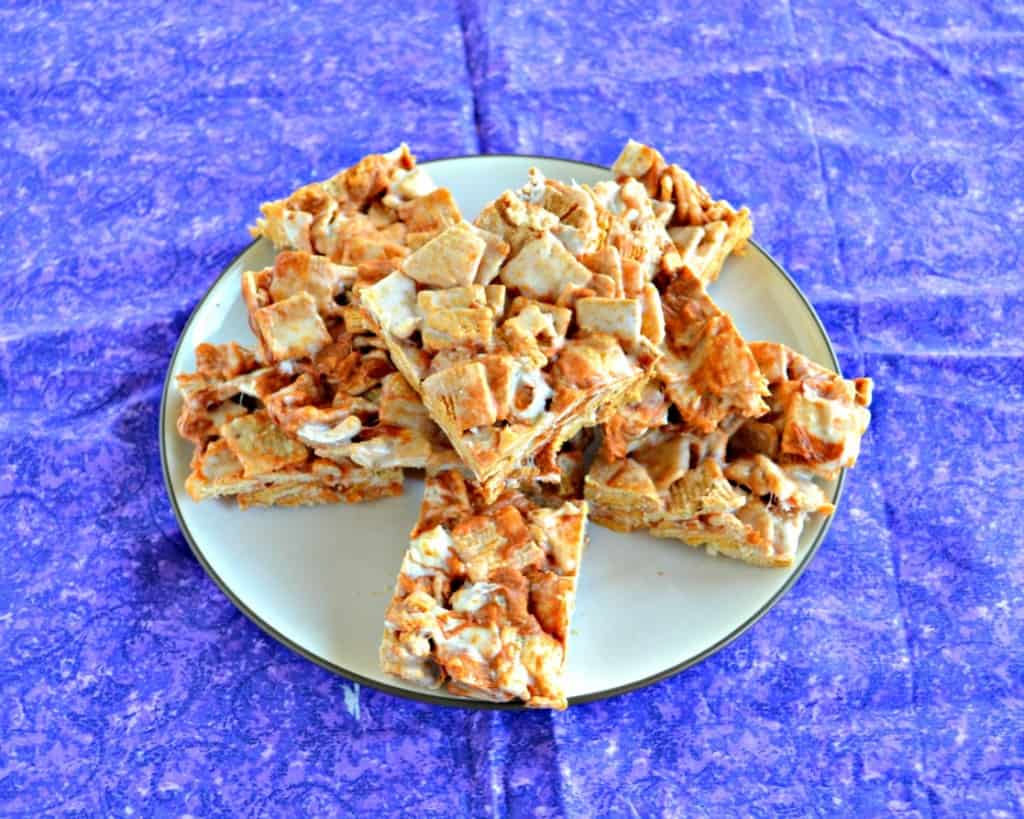