Confessions of the Very First Zombie Slayer (That I Know Of)

The world is Cassie Fremont’s playground. Her face is on the cover of every newspaper, she has no homework, no curfew, and no credit limit, and she spends her days traveling the country with her friends, including a boy who would flirt with death just to turn her head. Life is just about perfect—except that those newspaper headlines are about her bludgeoning her crush to death with a paintball gun, she has to fight ravenous walking corpses every time she steps outside, and one of her friends is still missing, trapped somewhere in the distant, practically impassable wreckage of Manhattan. Still, Cassie’s an optimist. More prone to hysterical laughter than hysterical tears, she’d rather fight a corpse than be one, and she won’t leave a friend stranded when she can simply take her road trip to impossible new places to find her, even if getting there means admitting to that boy that she might just love him, too. Skillfully blending effective horror with unexpected humor, this diary-format novel is a fast-paced and heartwarming read.  (-synopsis) 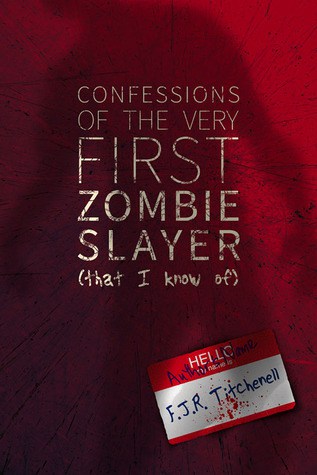 Cassie Freemont didn't start out as a Zombie Slayer.   In fact, she was a normal high school girl until a camping trip went wrong; very, very wrong.   During the trip Cassie, her crush Mark, and her two best friends are playing a friendly game of paintball when Cassie uses a modified paintball gun and shoots Mark in the head.   It turns out the paintball entered his skull and killed him immediately.  As Cassie tries giving him CPR, Mark rises from the dead as a psycho zombie.   Without hesitation Cassie smashes his skull in and kills him...for a second time.

No one believes what Cassie saw and soon she is taken to the city jail.  While there a group of zombies breaks in and kill all of the cops.   Thankfully one of the cops tossed Cassie the keys before getting eaten.   The Zombie Apocalypse is here and Cassie is running for her life while whacking zombies with a bat.   When she tries to hit a zombie clown it turns out to be Norman, her best friend.   The two of the run for cover and find 3 other friends to take shelter with.

As the teenagers try to make sense of what is happening and how to deal with it, one of their friends sends a message saying she's ok and is hiding in New York.   The teens decide to take a roadtrip to pick her up.  Only problem?   None of them drive well and New York is across the country.   Oh, and there are zombies everywhere!

Can they make it to New York with the zombies getting them?   Can they rescue their friend?

This was an easy book to read and moved at a fast pace.   However, I thought the book lacked in other parts.   I didn't understand why somethings were happening or how they were happening.  One minute life is ok the next everyone is a zombie.   It was a bit confusing.  The storyline itself was a good one.   Teenage friends embarking on a journey to save their friend while fighting off zombies.   Some of the zombie fighting was interesting and fun to read but other parts seemed repetitive.