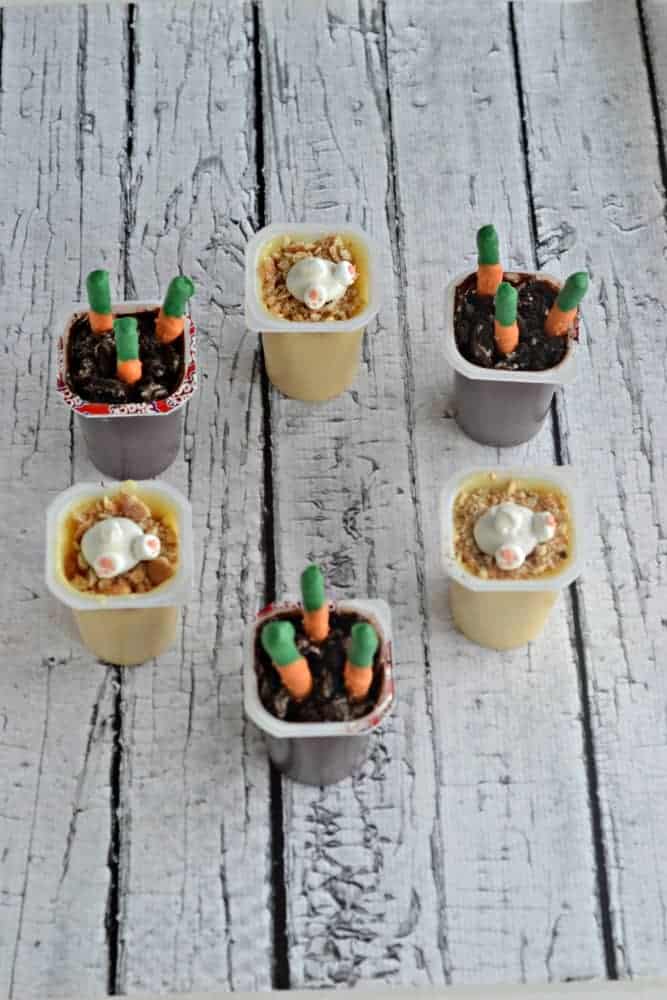 Can you believe that Easter is less then a month away?   I can't!   Where did the time go?   I've been anxiously planning my Easter snacks for the kids at school as well as dessert for Easter dinner.    The great news is that I've created two adorable recipes using Super Snack Pack Pudding Cups that are great for a snack or for Easter dessert!

I went to Walmart looking for pudding cups and was excited to see the Super Snack Pack pudding cups.  They are larger sized then the regular snack pack pudding and come in several different flavors including chocolate and vanilla.  I also found that the new Easy Open Lids were perfect for kids opening up their own pudding.   I also picked up some pretzel sticks, Oreo cookies, and Nilla Wafers.   I knew I had plenty of colored candy melts at home so I didn't need to stock up on any of those. 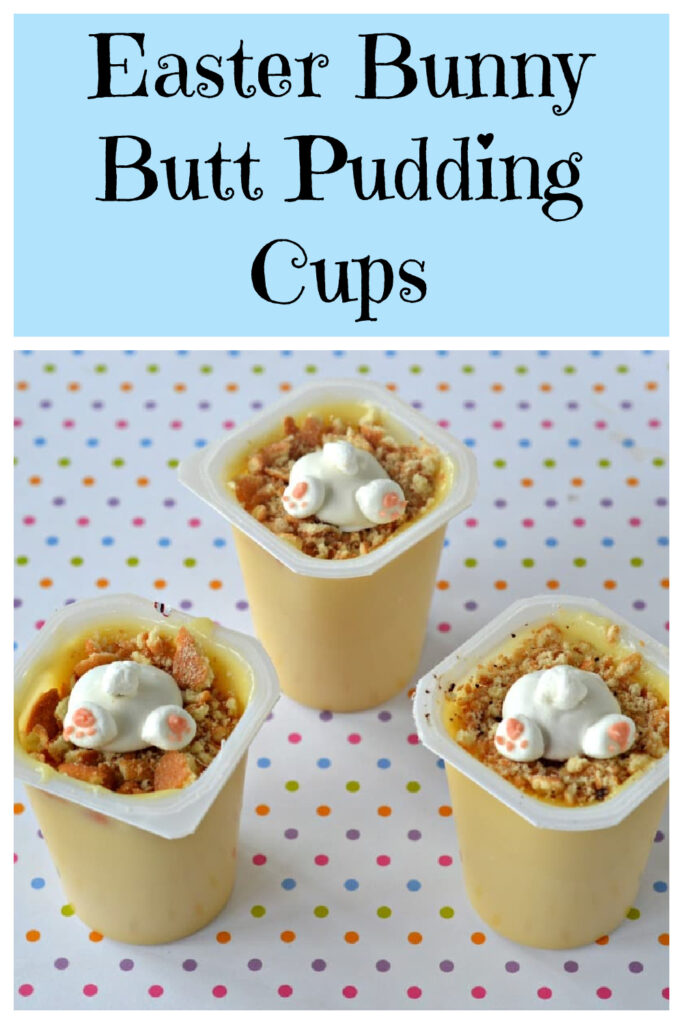 When I got home I took the pretzel sticks out and melted some orange and green candy melts.   I part of the pretzel sticks in orange and the other part in green to look like carrots and then let them set.   While they were setting I worked on my "Bunny Butts".  I took Mini Nilla Wafers and dipped them in white chocolate.   As soon as I put the mini wafer on waxed paper I placed two mini marshmallows halves on the bottom half of the wafer and one rolled mini marshmallow in the middle. 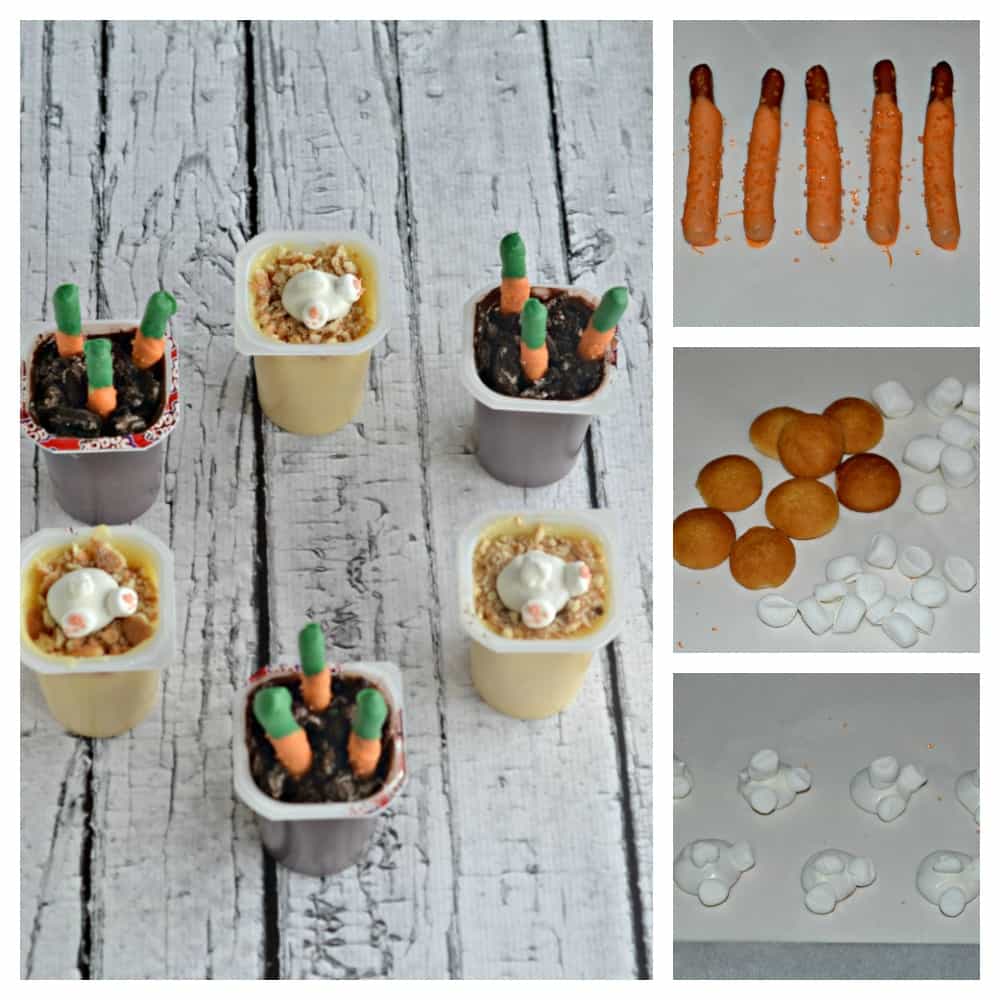 Then all that's left is putting the Easter pudding cups together!  Simply place 3 "carrots" in the chocolate pudding cups so it looks like they are sitting in the dirt.   Then place a bunny butt in each of the vanilla pudding cups.   It's that easy!

Surprise the kids with these adorable Easter snacks or serve them up to both adults and children for Easter dessert!  The pudding tastes great and the decorations on top are perfect for Easter. 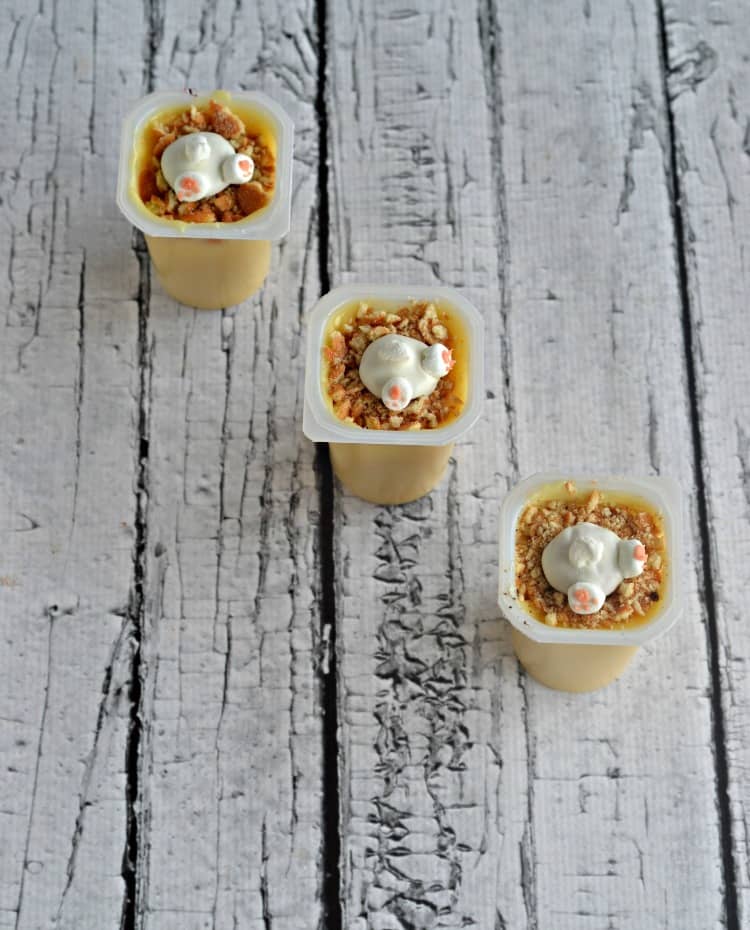