Mystery/Suspense Books » Eyes on You by Kate White

From New York Times bestselling author Kate White comes a riveting psychological suspense in which a media star must battle a malevolent enemy who may be disturbingly close to her.

After losing her on-air job two years ago, television host Robin Trainer has fought her way back and now she’s hotter than ever. With her new show climbing in the ratings and her first book a bestseller, she’s being dubbed a media double threat.

But suddenly, things begin to go wrong. Small incidents at first: a nasty note left in her purse; her photo shredded. But the obnoxious quickly becomes threatening when the foundation the makeup artist uses burns Robin’s face. It wasn’t an accident—someone had deliberately doctored with the product.

An adversary with a dark agenda wants to hurt Robin, and the clues point to someone she works with every day. While she frantically tries to put the pieces together and unmask this hidden foe, it becomes terrifyingly clear that the person responsible isn’t going to stop until Robin loses everything that matters to her . . . including her life.  (-synopsis) 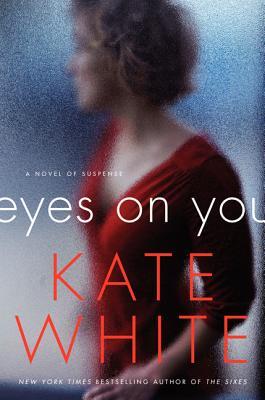 The book opens with Robin Trainer at a celebratory party for her new book release.   Everything seems to be falling into place for her.  She's got a hot new book out, her TV show has fabulous ratings, and she has some good friends.   She's having the time of her life until she walks into her office and finds a pile of her books slashed.   She doesn't think much of it until the next day she walks in and find a mutilated Barbie doll.

Soon things are spiraling out of control and Robin is afraid to go to work but afraid to be home alone.   She doesn't know who she can trust and who she shouldn't.  There are people all around her but one of them has to be the one that means her harm.   The question is who is it and why?

When I first started reading this book I found it to be a little slow.  The author was building background knowledge on all of the characters and while it was interesting, it didn't capture my attention.   However, after the first 100 pages I couldn't put the book down.  I wanted to know who was trying to harm Robin and I also wanted to see how her romance was going to turn out.

The best part of the book are the suspects.   Throughout the book there are hints that led me to several different people, several different times.  I kept shifting who I thought was the cause of Robin's problems.   In the end, the person was one on my list but there is no way I could have figured it out without the last scene.   It kept me guessing until the end!

This was a suspenseful thriller that I really got into and was excited to finish.  I think that the ending was perfect for the book and the characters behaved very realistically.