If you ask me the perfect fall food is apples.   We received a bag of apples from our CSA share last week and while we've been eating them for lunch, there were still a lot left.   I wasn't feeling well last weekend and was having trouble eating anything.   I was a little chilly and I wanted something warm but mild to fill my belly. 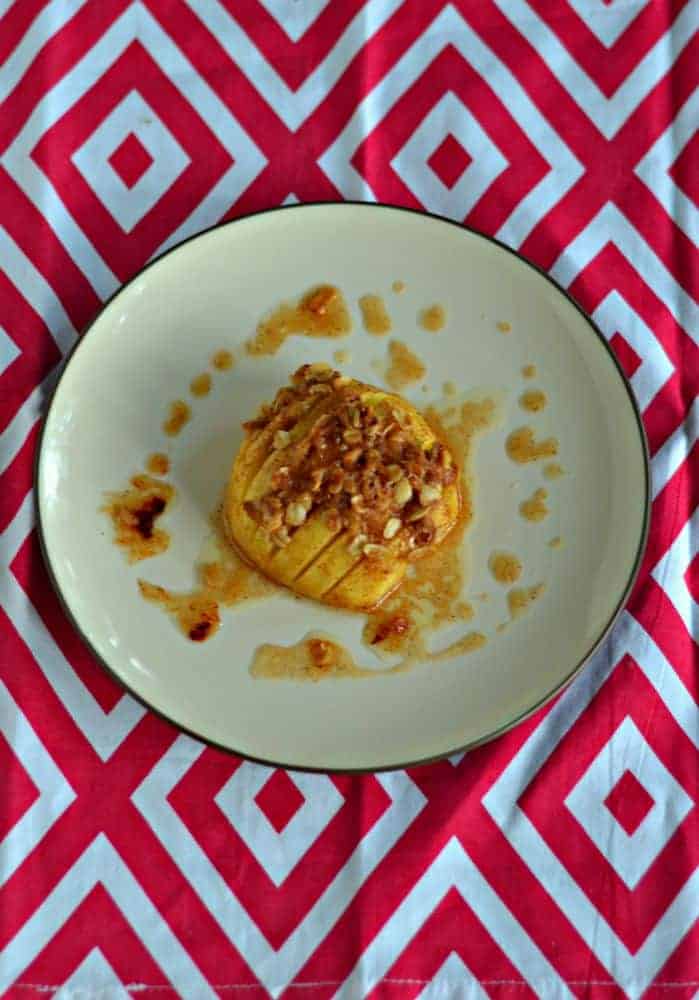 Looking at the apples I thought baked apples would be good.   They are warm, comforting, and pretty mild.   I peeled and cored three of the apples and ended up placing 5 halves in the baking dish.   While this recipe takes close to an hour, most of it is time with hands off so it's easy to do other things while they are baking. 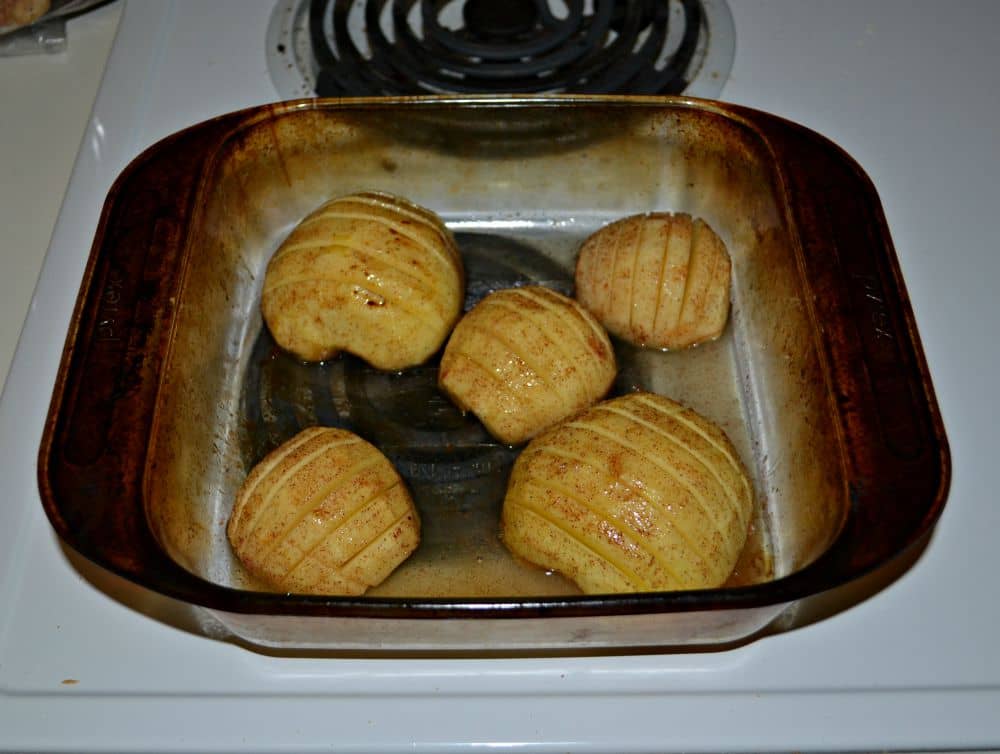 The apples put off a delicious smell of butter, sugar, and spices.   My mouth started watering before they were done.   When I finally pulled them out of the oven they looked amazing.  My poor, achy stomach was even growling at the sight of them. 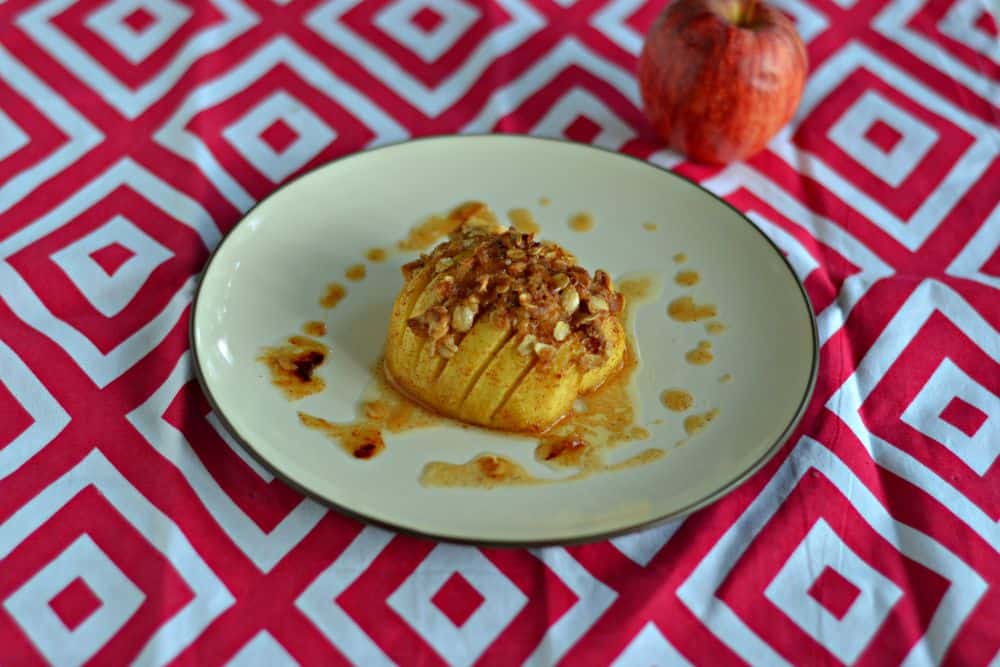 Initially I thought I would eat one half and that would be it since I wasn't feeling good but the apple was so good.   It was soft, sweet, and had just a little hint of spice to it.  It actually agreed with my stomach and tasted so good I had a second half.   These would be good with ice cream on them as well. 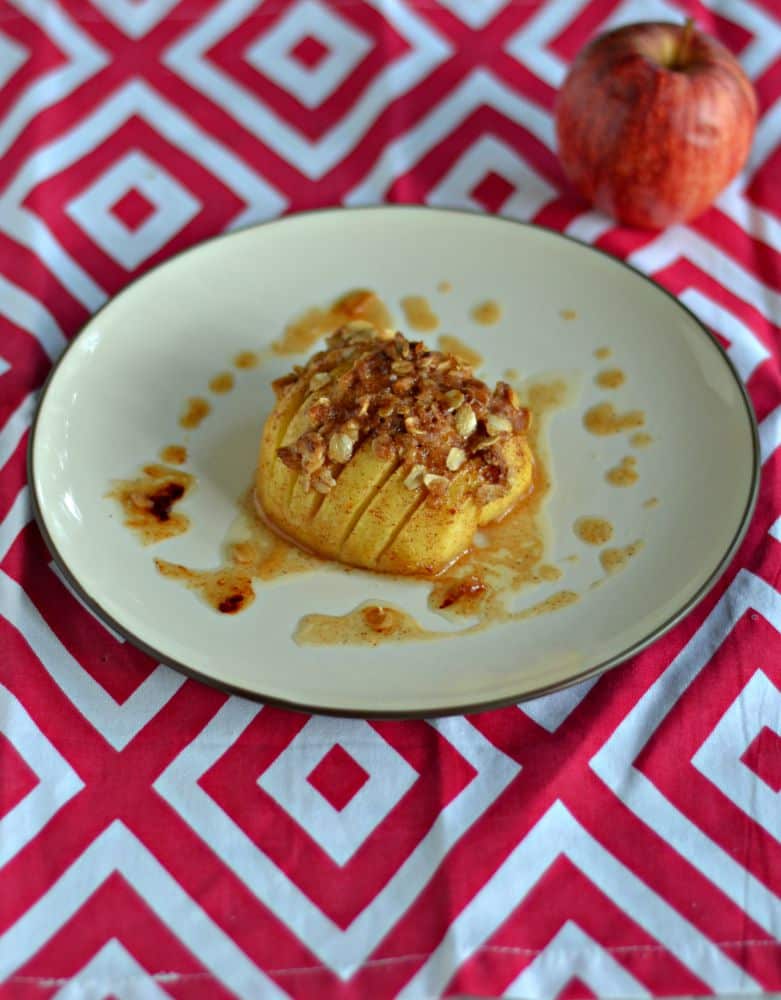