On a beautiful, eerily quiet May morning, a girl is found brutally bludgeoned to death. When Detective Marjory Fleming arrives, the silence of the scene is broken only by the ringing of the girl's cell phone. The nearby community is small and close-knit, but the veneer of contented prosperity conceals nasty secrets and deep betrayals. When another corpse is discovered, Fleming quickly realizes she must watch her own back while she searches for the link between the murders. As she uncovers layer upon layer of intrigue and deceit, it becomes apparent that, while the dead can't tell lies, the living most certainly can.  (-synopsis) 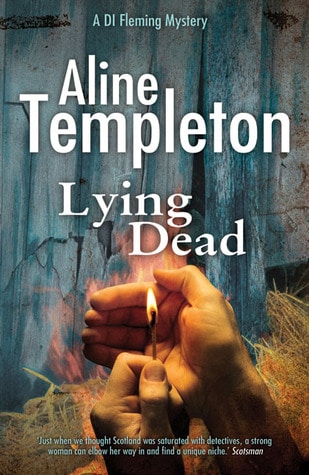 The story opens with a man who was recently released from prison.   As he walks out of his cabin one morning he discovers the body of a woman...a woman that was once his girlfriend.   Worried that the police will not believe that he found the woman already dead, he moves her body away from his cabin and into the woods.  Unfortunately for him, the body is soon found.

DI Marjory is on the scene and while she knows the connection of the dead woman to Keith Ingles, the man who was released from jail, she also finds that he is not the only one with a motive to want her dead.  During her investigating she finds that another murder may tie into her current murder   Add that to several personal problems in her life and Marjory is about to have a very long week.

I found that while there were a lot of clues in the book and a lot going on, there were a few too many characters and threads to follow.  It became confusing at times and I had to go back and reread several sections over again.   However, I did think that most of the characters were believable and they fit together within the story.

The story had me guessing until the very end who the murderer was.  I was surprised by the killer and by the twist at the end but that's what makes novels like these so fun to read.  As this is part of a series of books with the same main character, I would definitely give another book in the series a try.

Purchase this book from AMAZON