I like to bake on the weekends.  It's really the only time of the week that I have a chance to get some baking done.  J takes about a 2 hour nap during the day so that is when I get most of my baking done.   I plan out what I want to do then whenever he goes down I start baking. 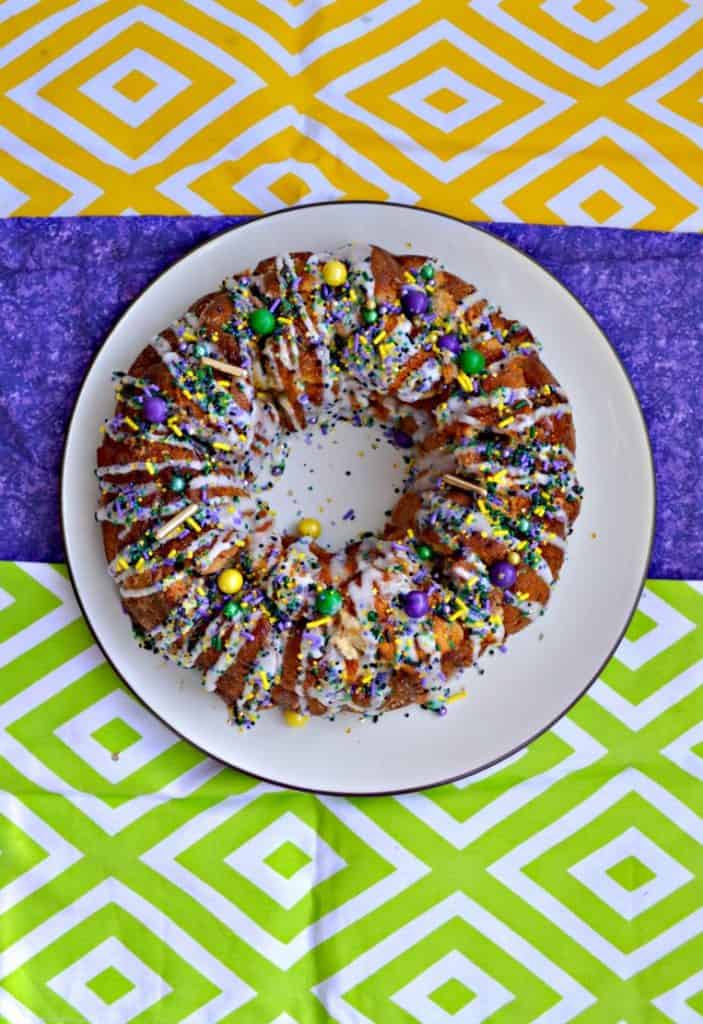 I knew Mardi Gras was quickly approaching and I originally wanted to make a King Cake.  However, I've made King Cakes several times in the past.  I've also made cinnamon cupcakes a few times as well.  I wanted to do something fun, easy, but that reminded me of a King Cake.  That's when I found this super easy but really fun Mardi Gras Monkey Bread. 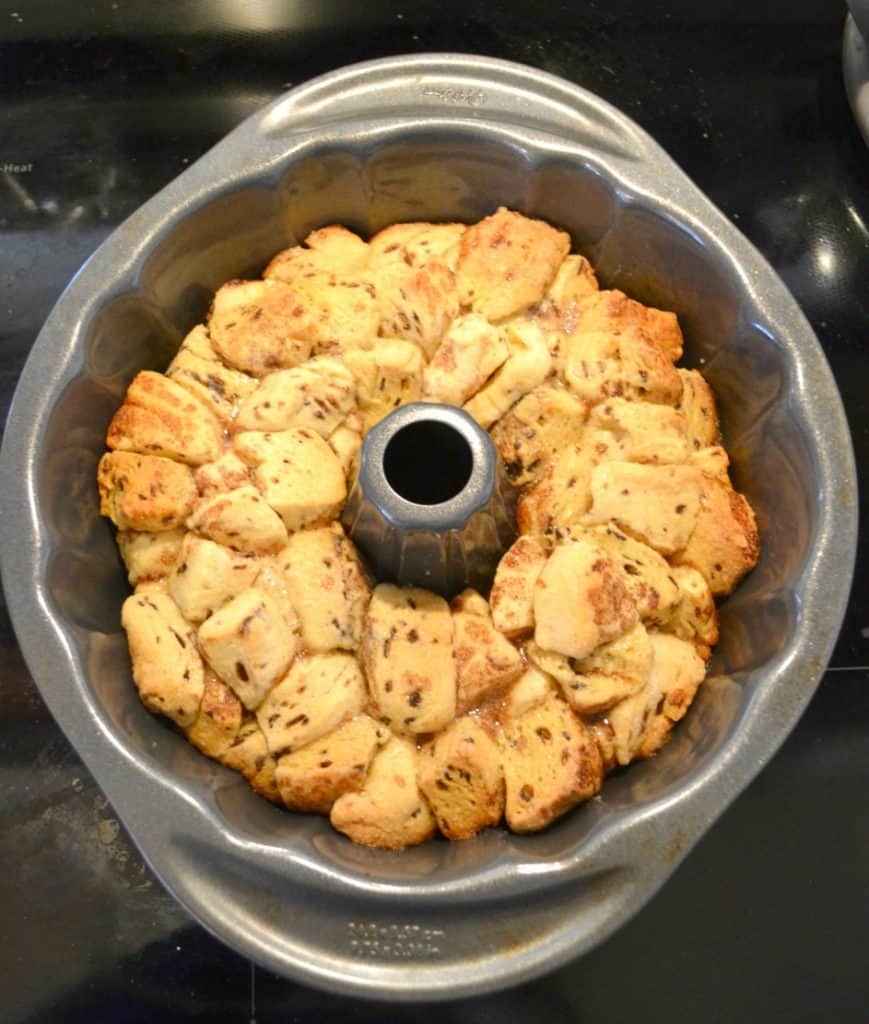 Instead of making the whole cake from scratch it's actually made with cinnamon rolls!   It's such a fun idea and it would be great for kids to help with!  They can stack up the pieces of cinnamon roll in the Bundt Pan or roll the pieces in sugar. 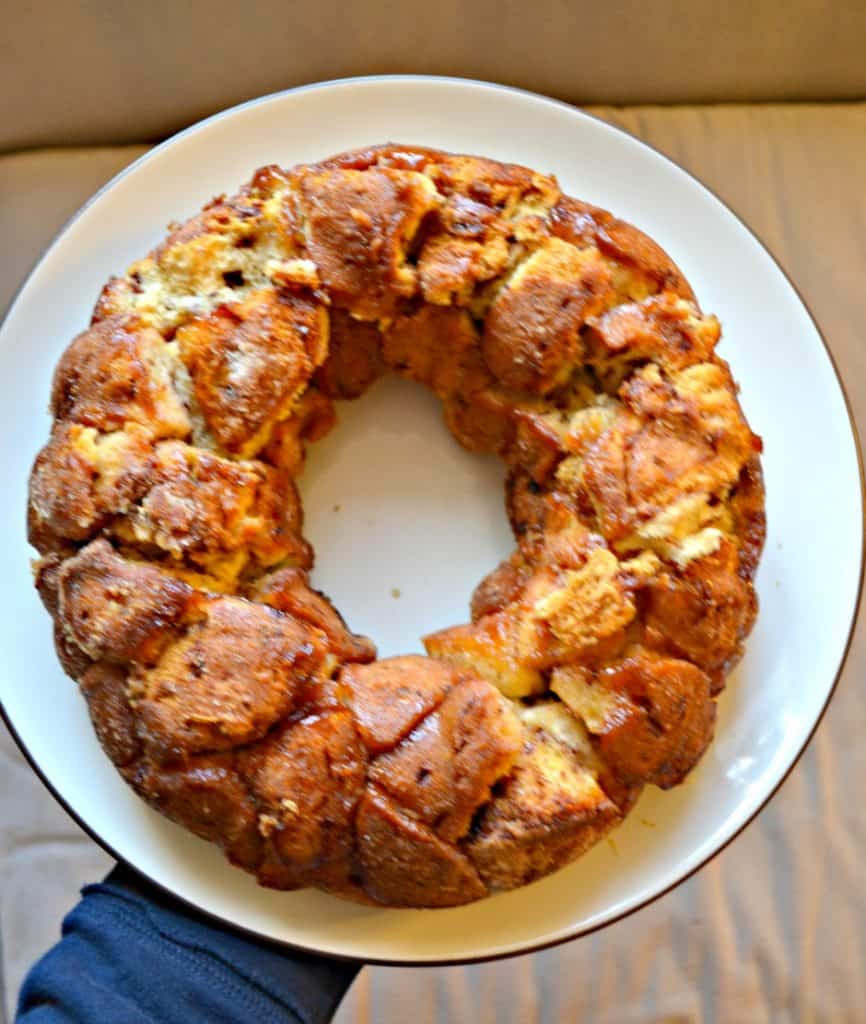 After the Monkey Bread is baked I drizzled cream cheese frosting over the top of it.   Then I sprinkled it with these gorgeous sprinkles from Sprinkle Pop.  You can use any Mardi Gras colored sprinkles but these are so pretty.  There are yellow, green, and purple sprinkles along with gold and silver dragee pieces.  It's totally a party sprinkle mix!

Cutting the Mardi Gras Monkey Bread open and taking a bite I knew I made a good choice.   It was sweet and filled with cinnamon as well as having a crunch from the sprinkles and a richness from the frosting.   It was reminiscent of a King Cake especially with the sprinkles on top.   This is a great breakfast to have from Mardi Gras! 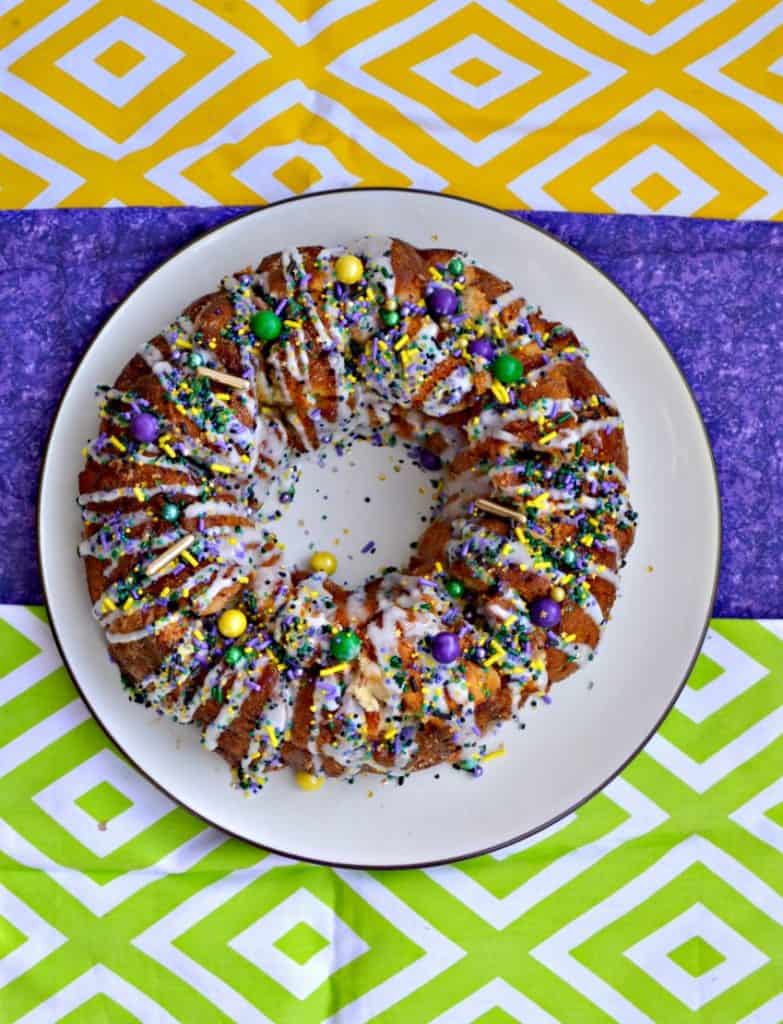 Check out these other delicious Mardi Gras recipes:

Fastelaynsboller from Culinary Adventures with Camilla

Muffaletta Salad from A Day in the Life on a Farm

Shrimp and Grits from Cindy's Recipes and Writings