Pumpkin week continues!  It's been the perfect week for pumpkins because I received two large pumpkins in my CSA this past week.  Each pumpkin packs enough to make 2-3 recipes so it's been pumpkin overload at our house! 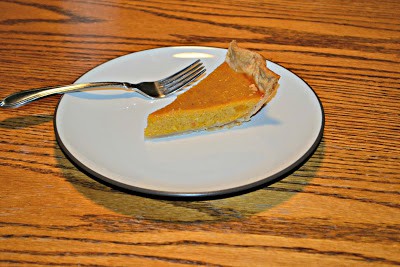 My husband absolutely loves pumpkin pie.  I am not that fond of it but I will eat a piece.  So when we got the pumpkins I knew the first thing I had to make was a pie.  I only started making pumpkin pies a few years ago and only with canned pumpkin.  It was time to change all that.

I roasted the pumpkin with olive oil, cinnamon, nutmeg, and ginger.  Then I mixed up the pie, crossed my fingers, and put it in the oven.  Frank was skeptical about using fresh pumpkin in a pie but I knew it would be better then the canned stuff.  It smelled amazing while it was in the oven.  It was all spices, sugar, and fall scented. 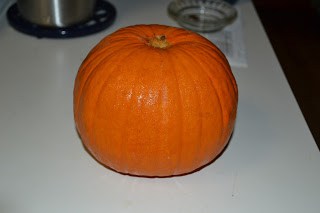 The pie was really good!  The crust was the perfect golden brown and the pie itself was sweet and spiced.  It cut easily and came out of the pan without any difficulty.  We enjoyed a few slices and then I took the rest to work.

1.  Preheat the oven to 425 degrees.  Place the pie crust into a pie pan and set aside.

2.  In a large bowl combine all the ingredients together and mix well.  Pour into the pie crust.

4.  Remove from the oven and cool on a wire rack. 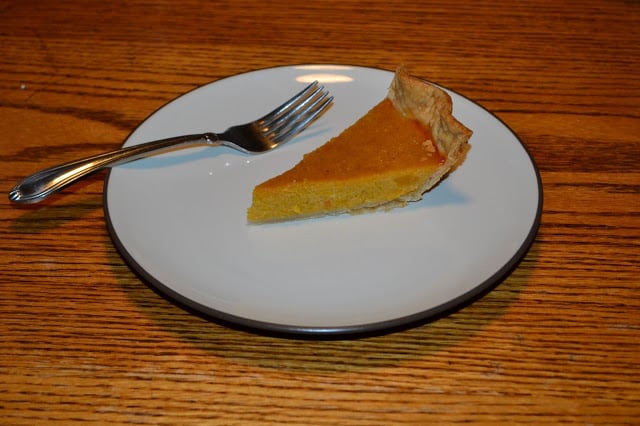