“Lead us not into temptation, deliver us from evil.”

Words of truth for seventeen-year-old Saydi Gardiner upon discovering her ancestry. But if she has doubts, further confirmation is forthcoming and it comes in the form of a wickedly gorgeous Nathanael Braxton, when he steals her heart and cuddles into her soul – the last place the boy should be.

Nineteen-year-old Nathanael’s unrelenting good looks aren’t the only thing that make him dangerous – and he knows it! However, his caring human self struggles with a loyalty – a loyalty that binds him to the hunt for the soul that will give his family the power they seek. There’s only one problem: When he finds her, Nathanael falls in love with his prey – Saydi. (-synopsis) 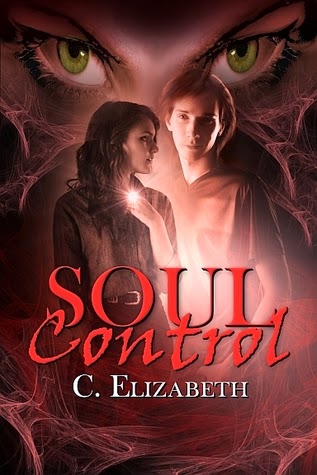 Saydi, a senior in high school, is happy in her life with her three best friends.  Things are going good until the Braxtons, a group of super hot triplets, move to town.  When the triplets move in on Saydi and two of her friends the year goes from good to amazing!  Suddenly Saydi is dating the hottest guy in town who also happens to be a total gentlemen.

Things start getting weird when Saydi's mom freaks out when she sees the book Saydi is reading.  Then Saydi wakes up in the middle of the night to hear her mother and an unknown man talking in the kitchen.  Then Nathaneal disappears with hardly a word and Saydi's world starts to crash.

Enter in Saydi's long lost father, a god no less, and finding out that demons really do exist and Saydi's world has turned upside down.  When she finds out that the Braxton's are part of the demon clan in down Saydi can't handle the pressure.

With help from her family and their friends, Saydi begins to learn the secrets of her soul.  Unfortunately her soul is being pitted again Nathanael's and the prophecy has been told.  The battle of the ages is ready to rage and when it ends the world will never be the same.

Saydi is a strong character who has a lot thrown at her at once.  While it takes her some time she manages to get through it all and comes out even stronger.  I really liked her character but I wish she wasn't so dependent on Nathaneal throughout the book.  Whenever he was around she would go from lovesick teenager to angry brat to weepy woman all in the span of a few pages.

The Braxton triplets, including Nathaneal, were drop dead gorgeous, fascinating, and dangerous all rolled in to one.  I liked that they all had different personalities and that throughout the book we learned more about each of them.  I thought they stayed true to their characters until the very end of the book. I don't want to give too much away, but at the end they do a complete 180 and it was very unlike their character.

Saydi's parents and Nathaneal's parents also had big role's in the book.  I found them to be interesting and strong.  Nathaneal's dad did get on my nervous with all of his boring speeches that went on forever.

All in all, I really didn't want to put this book down because I was anxious to find out what was going to happen between Saydi and Nathaneal's families.  There were some parts in the middle where I thought the love and fights between the couple was too much which became annoying.  There was also a lot about the Tor's and Pyre's which became confusing at points.  However, all in all this was an enjoyable book and even though it was long I finished it in 3 days.