I love making Bundt cakes.  They are easy to make, almost always look pretty, and people seem to love them.  The only part I don't like about making a Bundt cake is getting it out of the pan.  I'm always a wreck when it's time to turn the pan over and have the cake come out. 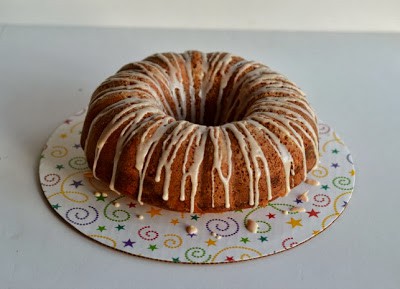 This month our theme for #BundtAMonth was to bake a cake with jam in it.  I went down to my basement and looked at my canning area.  I found a mixed berry jam I had canned in early summer and brought it up to bake with.  Initially I was going to swirl the jam into the cake but I was afraid the cake would just soak it up. 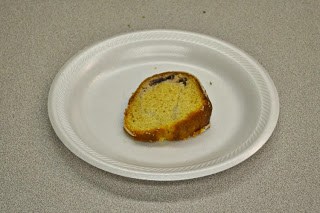 1.  Preheat the oven to 350 degrees.  Spray a Bundt pan with cooking spray and dust with flour.

2.  In a large bowl cream the butter, sugar, and brown sugar.  Beat in the eggs one at a time until incorporated.

3.  Stir in the vanilla, cinnamon, and nutmeg and mix well.

4.  In a medium bowl combine the flour, baking powder, baking soda, and salt.  Mix well.  Add half the mixture to the butter mixture and mix well.

6.  Meanwhile, put all of the filling ingredients in a medium bowl and beat on high for 2-3 minutes or until mixed. 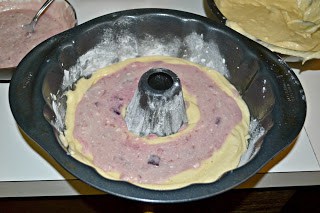 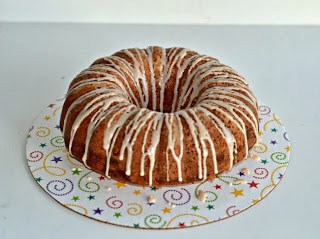 8.  Bake for 1 hour or until a toothpick inserted into the middle comes out clean.  Cool for 15 minutes then run a knife around the edges and invert the cake onto a wire rack.  Cool completely.

9.  Mix together the glaze ingredients.  Drizzle over top of the cake and serve. 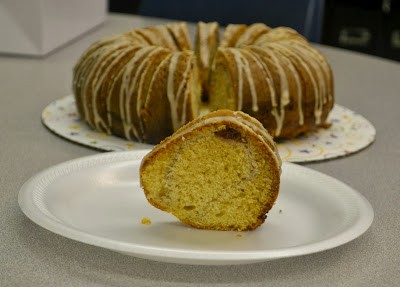