Former FBI agent Jack McBride took the job as Chief of Police for Stillwater, Texas, to start a new life with his teenage son, Ethan, away from the suspicions that surrounded his wife’s disappearance a year earlier.

With a low crime rate and a five-man police force, he expected it to be a nice, easy gig; hot checks, traffic violations, some drugs, occasional domestic disturbances, and petty theft. Instead, within a week he is investigating a staged murder-suicide, uncovering a decades’ old skeleton buried in the woods, and managing the first crime wave in thirty years.

For help navigating his unfamiliar, small-town surroundings, Jack turns to Ellie Martin, one of the most respected women in town—her scandal-filled past notwithstanding. Despite Jack's murky marriage status and the disapproval of Ethan and the town, they are immediately drawn to each other.

As Jack and Ellie struggle with their budding relationship, they unearth shattering secrets long buried and discover the two cases Jack is working, though fifty years apart, share a surprising connection that will rattle the town to its core. (-synopsis) 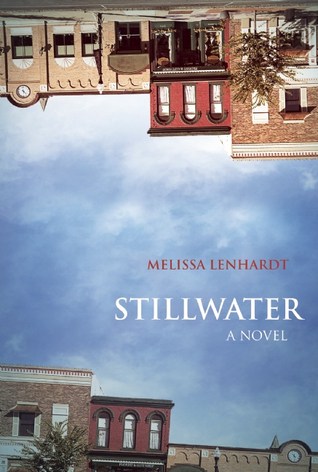 Jack McBride moves to Stillwater, Texas after his wife's disappearance.   He takes a job as police chief of the quiet town thinking it will be an easy job and he'll have some time to process the fact that his wife is gone.  The only problem is that his first day on the job he walks into a murder-suicide that appears to be staged.  Murder doesn't often happen in this town and everyone is talking about it.

Meanwhile his son, Ethan, is ready to start over in a place where no one knows about his troubled past.   He starts school and begins to make friends but there is a lot going on in his head.  He's upset that his dad moved him to a small town and he's angry that his mother is gone and he knows nothing about her disappearance.  He begins exploring the town and poking his nose into places it doesn't belong.

While navigating the town Jack meets Ellie, the bank representative.  She's smart, attractive, and there is definitely chemistry between the two of them.  The problem here is that Jack is still legally married and Ellie doesn't want another scandal.

This book is full of characters that each have something to contribute to the mystery, the town, and Jack's life.   It was fun getting to learn a little bit about so many different people in town.  Living in a small town myself, I can definitely tell you that the interactions in this book have a small town feel, especially since everyone knows everything about everyone else!

This book held my attention and kept me reading.   I wanted to find out what happened to the murdered couple and along the way what would happen with Jack and Ellie.  After the first mystery there are a few other mysteries to pop up as well and Jack is in the middle of them all.  The people in the town aren't sure how to take Jack but he's determined to show them that he can solve these crimes.

This is a great suspenseful mystery novel that will keep your attention the whole way through.