This shop has been compensated by Collective Bias, Inc. and its advertiser. All opinions are mine alone.
#WhereFunBegins #CollectiveBias 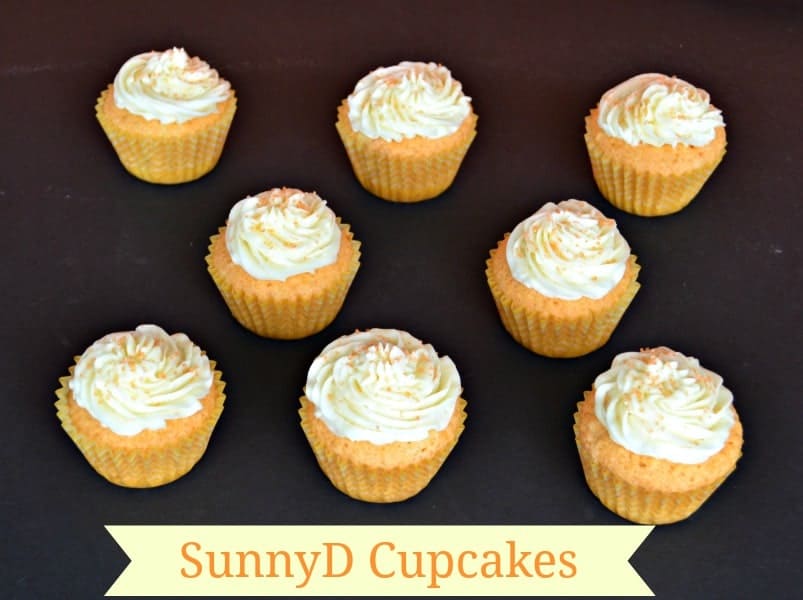 Last weekend we celebrated my godsons 13th birthday.  It was a two part event with our family having lunch and hanging out at my parents house one day then a huge video game themed party with his friends the next day.   Since I'm the baker in the family I made the desserts for both events.  I made a fun video game cake for his big party and I made SunnyD Cupcakes for our family party in hopes that it would make the sun shine. 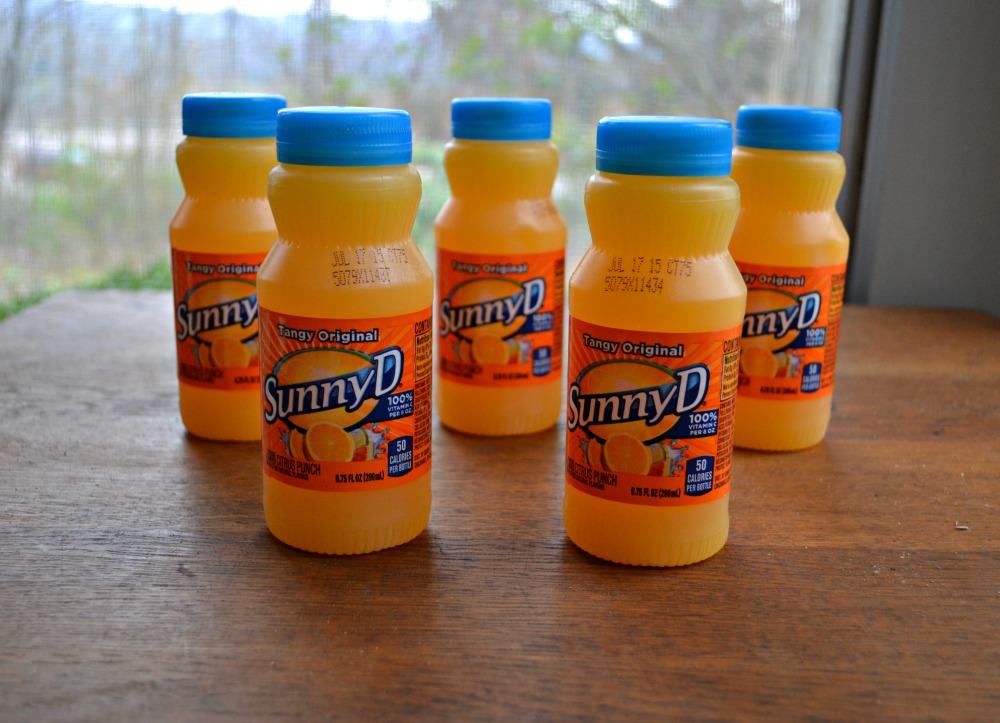 I was in luck because when I went home the sun was shining and it was in the low 60's.   This was the perfect weather to sit outside, enjoy the warmth, and celebrate a 13th birthday.  My mom and dad were there, my godson and his mother, my brother and his wife, my great aunt, and my other cousin.   We started the party with pizza because what's a party without good food? 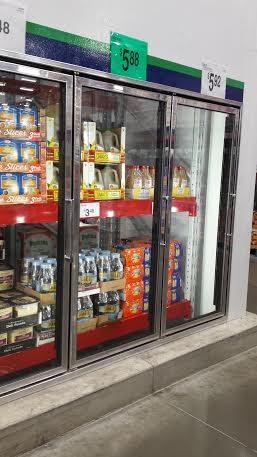 Then we headed out side for a little basketball, relaxing, and fun in the sun.  This is when I broke out the SunnyD cupcakes.  I also brought out the SunnyD 6.75oz bottles because they are the perfect size for a party.   I found them on sale at Sam's Club for just $5.38 for a 24 count package!   Each SunnyD bottle is an individual serving so no one has to share and they are great for kids and adults alike. 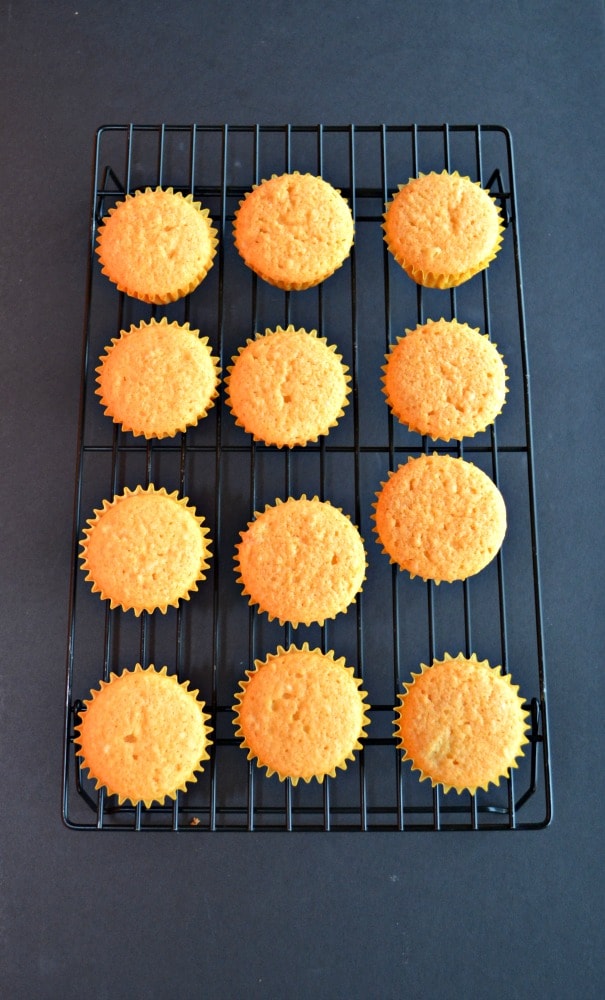 To make the cupcakes I went simple.  I used my favorite vanilla cupcake recipe but substituted a cup of SunnyD for a cup of milk.  I was thinking that orange cupcakes with vanilla frosting would taste a lot like a creamsicle which would be the perfect cupcake flavor for an outdoor party.  I added a drop or two of orange food coloring to make the cupcakes a little brighter orange in color but it's not necessary. 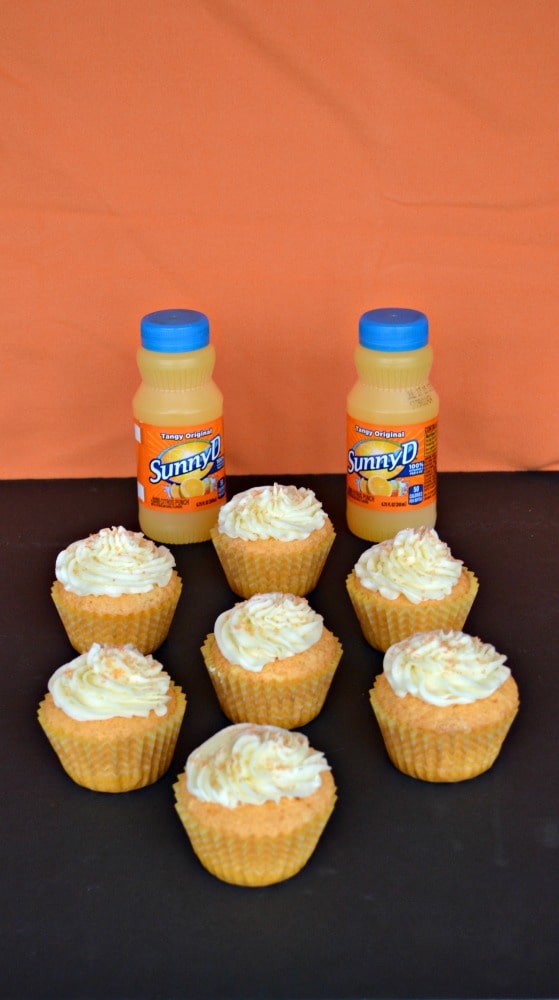 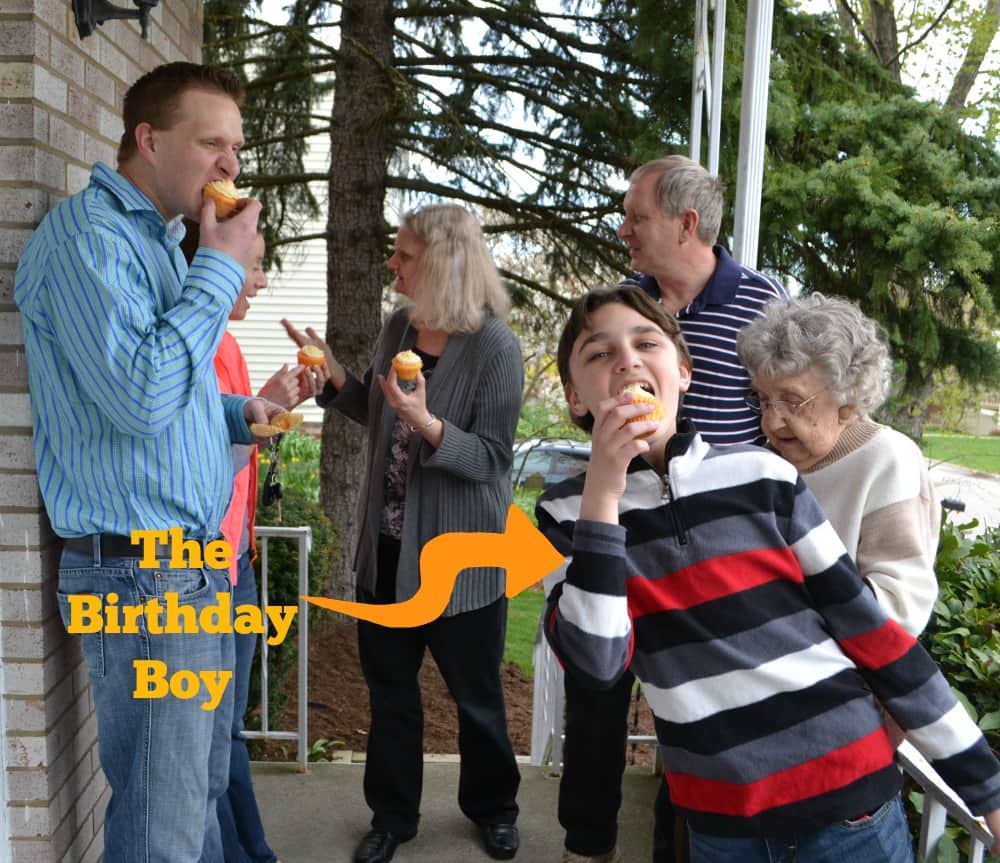 The cupcakes ended up being a big hit at the party.  My great aunt was halfway into hers when my mom tried to take it and just swipe off a bit of frosting and my aunt guarded that cupcake like it was a treasure!   It was hilarious and proved just how much she liked them.   The birthday boy took a big bite and told me he knew they would be delicious since I was the one to make them.   As for myself, I thought it tasted of orange and vanilla and was very much like a creamsicle.   I was happy with how they turned out and glad that my SunnyD Cupcakes brought a little extra sunshine to the party. 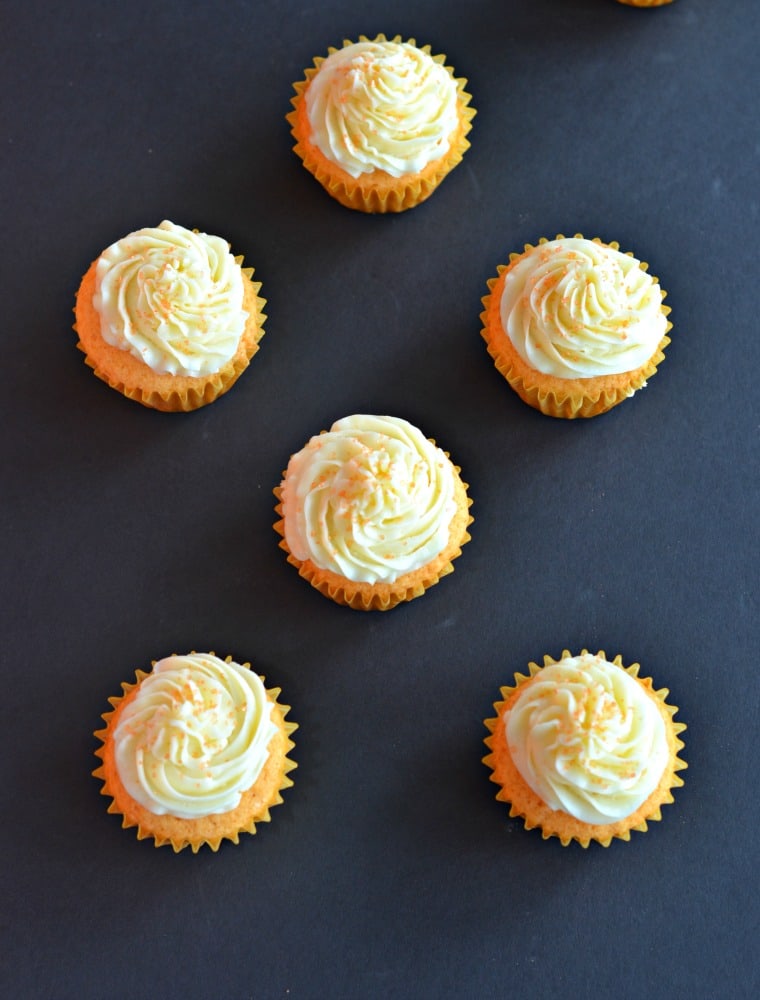 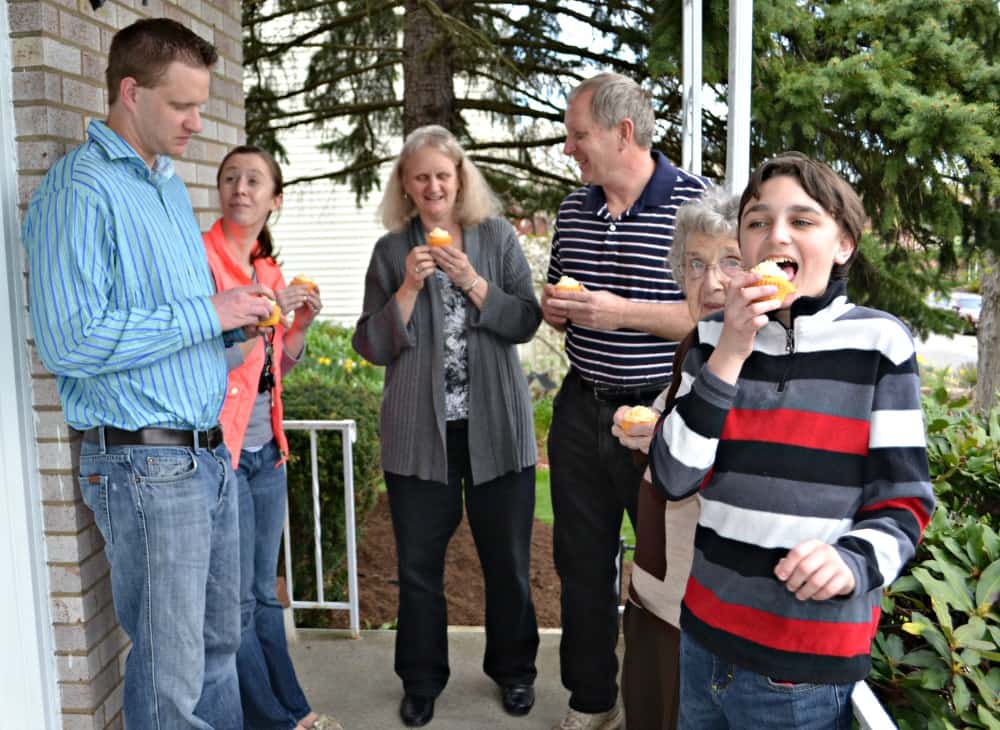