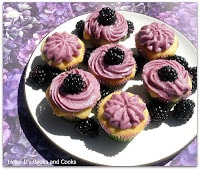 Today is Purple Day-The Global Day of Epilepsy Awareness.  It’s also the day of The Great Purple Cupcake Project in which bakeries and cupcakeries are asked to promote purple cupcakes for Epilepsy Awareness and donate a portion of the profits to The Anita Kaufmann Foundation.

Since I don’t have my own bakery, I simply made purple cupcakes to share with my family and friends.  I made vanilla bean cupcakes with a gorgeous purple blackberry frosting.  They are now my new favorite cupcake.  The cupcakes are rich and flavorful with a sweet and tart blackberry frosting.  I made them in miniature but they would be just as good full sized.

The reason I wanted to talk about Purple Day is because of my cousin Johnna.  Johnna is nine years old and was diagnosed with epilepsy.  While she can do many things that other children do she does have certain limitations.   Most of her seizures occur during the night time and to look at her you would never know she has epilepsy.

A few quick facts about epilepsy: 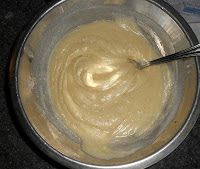 2.      Combine all the dry ingredients in a medium sized mixing bowl.  Set aside. 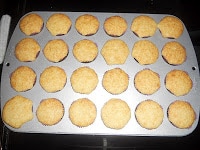 3.      In a large bowl beat the eggs.  Add in the sugar and mix for 30 seconds.  Stir in the butter and mix well.  Scrape the inside of the vanilla bean into the bowl and add the Godiva white chocolate liqueur.  Mix until well combined.

5.      Pour the batter into the prepared cupcake tin filling each cup ⅔ of the way full.  Bake for 13-17 minutes or until the tops are golden and a toothpick comes out clean. 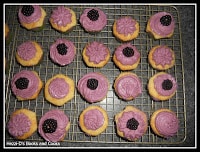 7.      Meanwhile mash the blackberries in a bowl with a fork.  Place them inside of cheesecloth with a large bowl underneath. Squeeze until there is a good amount of juice in the bowl.  Be careful as blackberry juice will stain.

8.      In a large mixing bowl beat the blackberry juice and butter with a hand mixer.  Add in the vanilla.  Stir in the powdered sugar half a cup at a time until the frosting reaches the desired consistency.

9.      Pipe the frosting onto the cooled cupcakes.  Top each with half a blackberry. 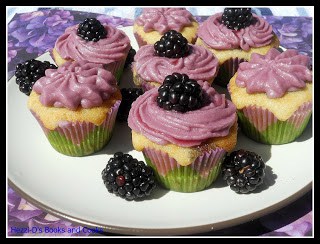