As you know I work 5 days a week as a teacher and when I come home from work I'm often exhausted.   I don't want to spend a lot of time on dinner because I'd much prefer sitting down and relaxing, maybe watching some TV, or reading book.   So I'm super excited that this weeks Sunday Supper theme is Easy Skillet Meals. 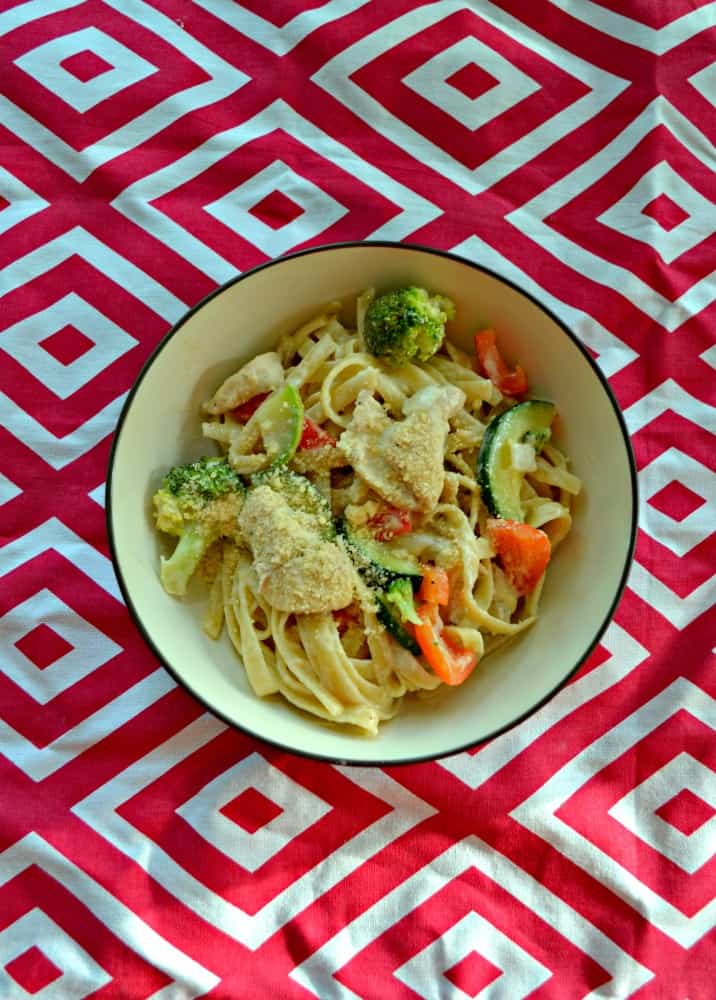 I love meals that can be entirely made in one skillet.   Not only are they usually simple but there isn't much to clean up either.  Many skillet meals are also ready in 30 minutes or less so they are perfect for enjoying on a busy weekday. 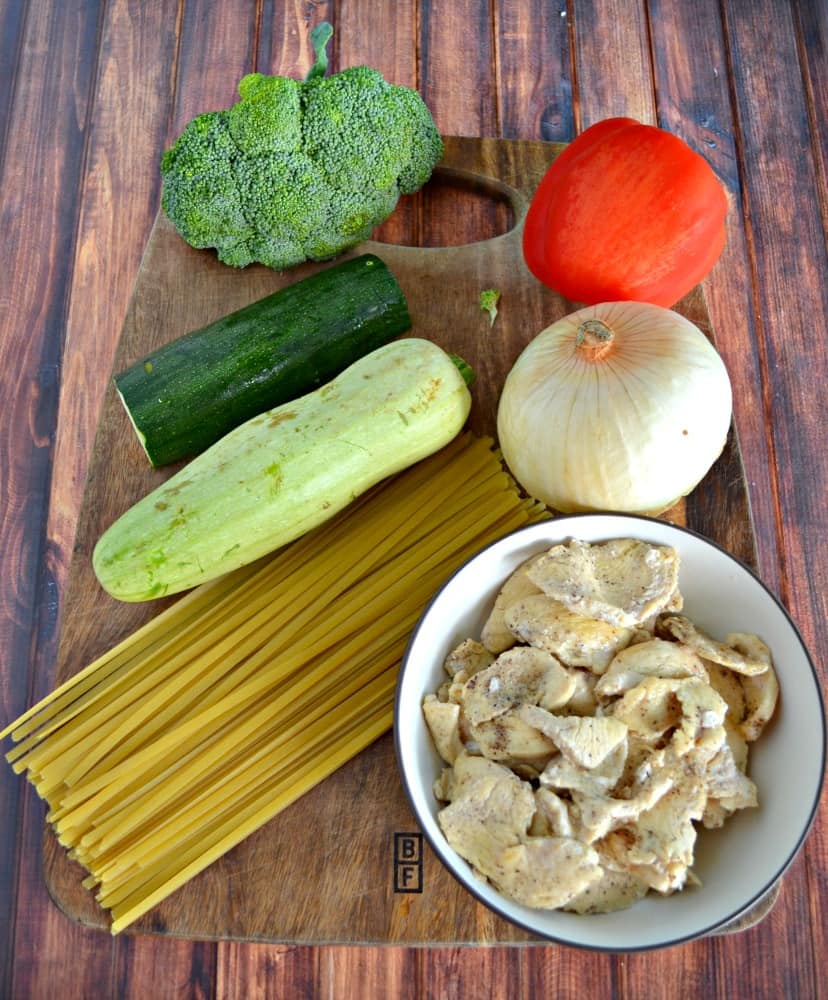 I know this won't surprise anyone but my one skillet meal is a pasta dish.   In the past year or two I've made a handful of dishes using pasta in one pan.  I've learned that it's simple to cook the pasta with the sauce at the same time.   That means one less dish to dirty and also everything is finished at the same time.

My recipe is for Lemon Fettuccine Alfredo with Chicken and vegetables.   There are a lot of ingredients involved but everything is cooked in the same skillet.  I do cook the chicken first before adding any other ingredients but after the chicken is removed everything else goes into the skillet. 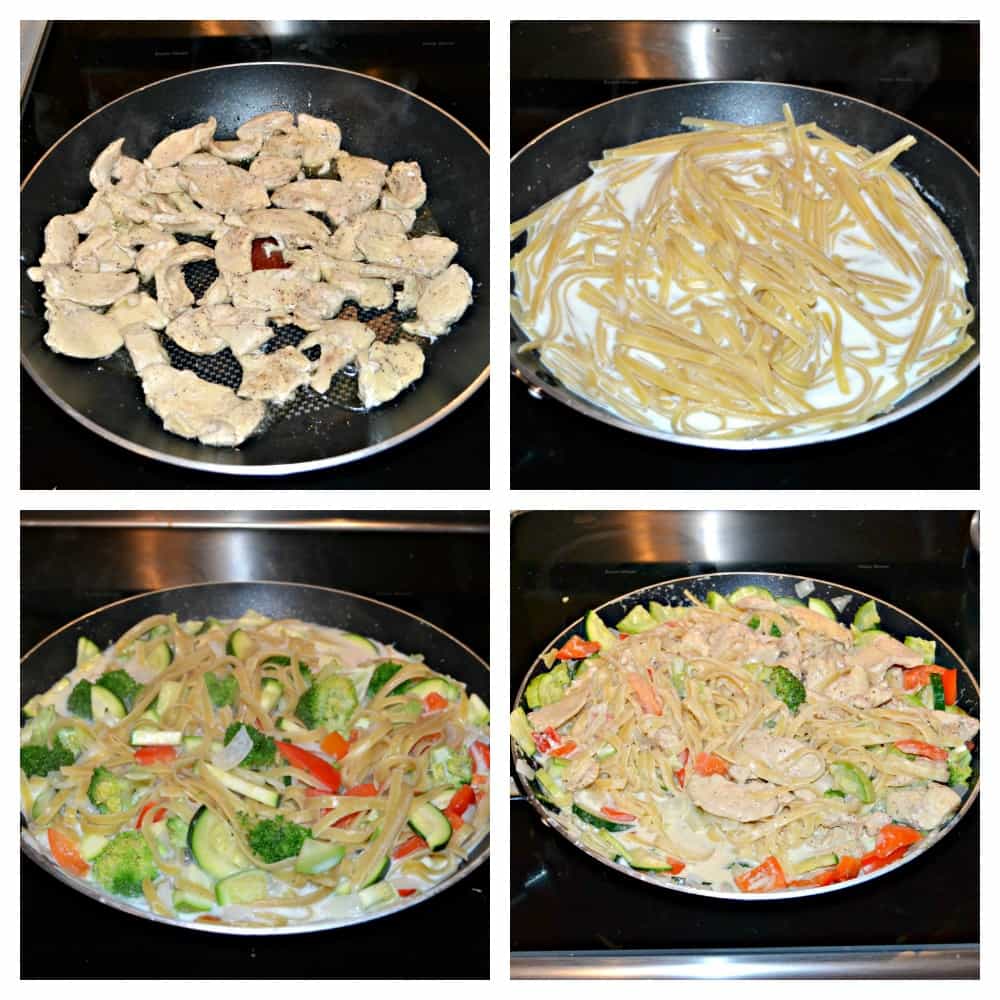 This Fettuccine Alfredo recipe is easy and delicious.  The alfredo sauce is actually a light version but it tastes really good.  The chicken adds a protein and the vegetables add color, flavor, and nutrition to this tasty weeknight meal.

I like that the lemon is added in the end because it really helps to brighten up the pasta.   It gives it just a hint of the lemon but it works nicely with both the chicken and the vegetables.  While I used zucchini, squash, peppers, broccoli, and onions, you can use basically any vegetables you have on hand.  I happen to have the zucchini, squash, and onions from my CSA and since broccoli is my favorite vegetable I almost always have it in the refrigerator. 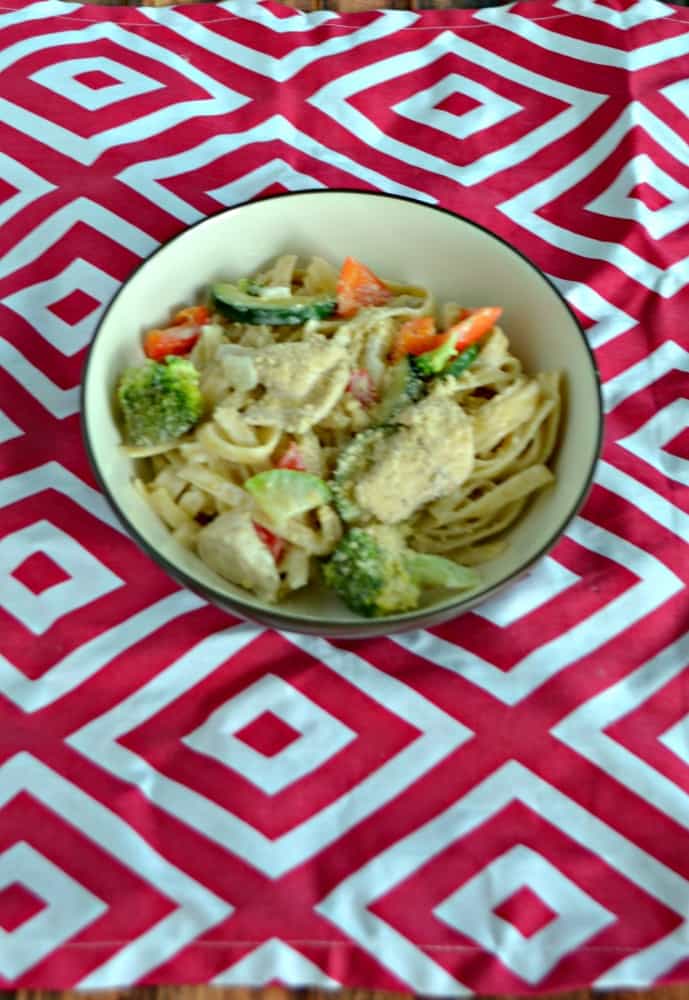 I tried to choose vegetables that would taste good in an alfredo sauce but also that would all cook at a similar time.  It worked out well as the vegetables were tender but not overcooked in this dish.

I like that I was able to have it completed, start to finish, in just over 30 minutes.   The flavor is really delicious.  It's a rich creamy sauce lightened up with the lemon juice and vegetables.  The chicken is tender and pairs well with the tender crisp vegetables.

So if you are looking for a delicious meal that can be cooked and on the table in 30 minutes make sure to give this one a try! 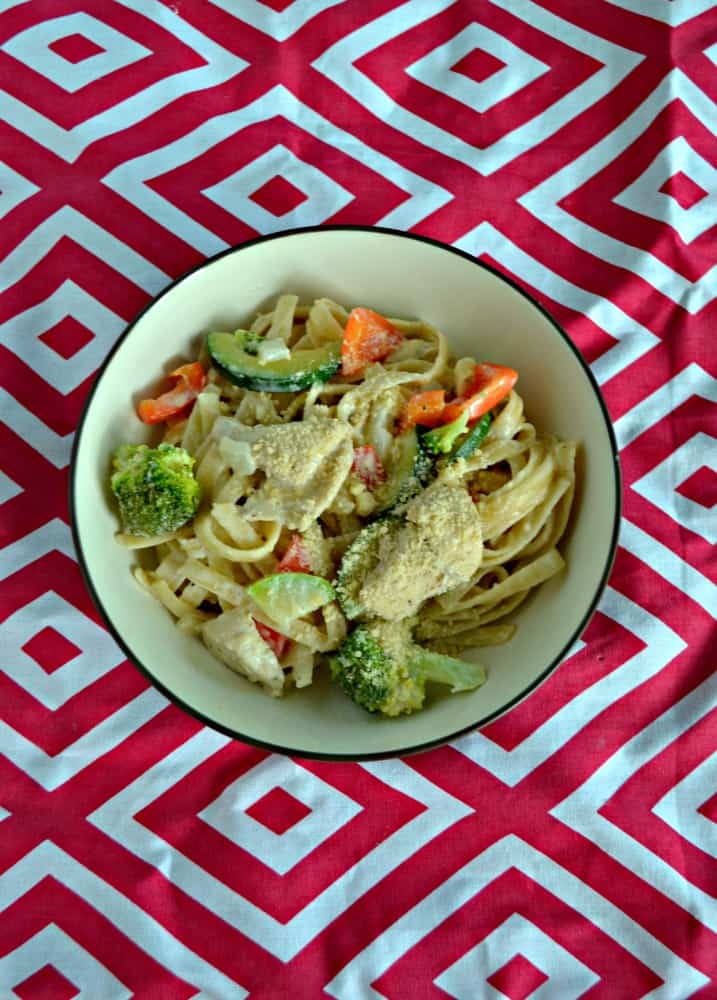