This shop has been compensated by Collective Bias, Inc. and its advertiser. All opinions are mine alone.

Football season is heating up as the teams are dwindling down.   Last weekend my husband's favorite Maryland team played against my favorite Pennsylvania team and unfortunately my team lost.   That means my husband's team is moving on which also means I need to start planning for next week's game time snacks.  One of our favorite game day appetizers are hot wings but you know me, I like to put a fun twist on traditional snacks, especially when my team isn't playing. 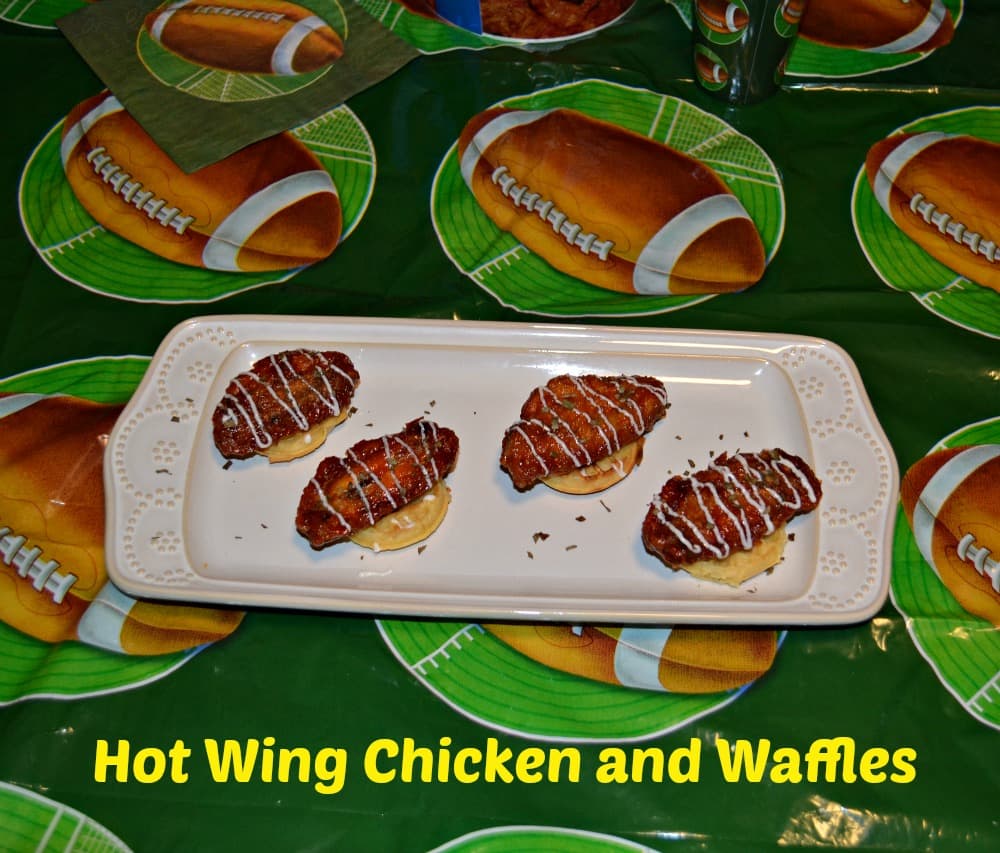 To make it easy on myself I headed out to Walmart.  They have an awesome Pick 3 Bucket in their deli section that we've been enjoying during football season.   It includes a selection of Tyson wings and a few side items.   My first choice in the bucket were the Tyson bone-in hot wings.   The wings are big, juicy, and covered in a spicy buffalo sauce.   Next up I chose the Tyson General Tso's Boneless wings because they are bursting with flavor and are great to eat with creamy sesame soy dipping sauce.  For the last item in the bucket I chose cheese sticks to go along as something different with the wings. 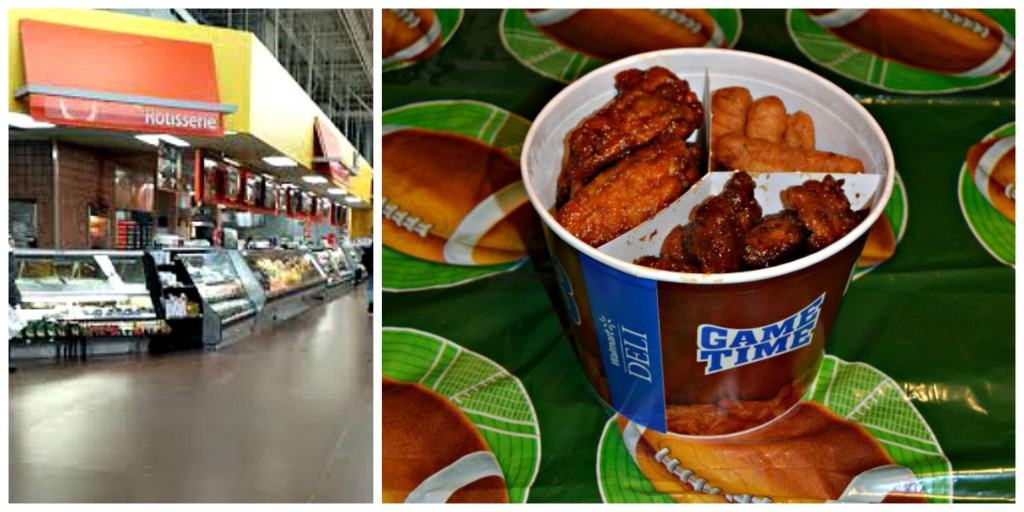 When I got home I put the Pick 3 Bucket on the counter and warned my husband not to eat any of it until game time.  I then got to work in the kitchen.  Up until several months ago I'd never tried chicken and waffles.  I'd always heard how good they were but never tried them myself.  Then one day when we were out to brunch I saw the chicken and waffles on the menu and decided to try them.  It was instant love at first bite.   Savory fried chicken paired with waffles and sweet syrup?   Absolutely delicious!  Since that day I've had the chicken and waffle combination several times and I wanted to use the hot wings to create a savory twist on the traditional Chicken and Waffles. 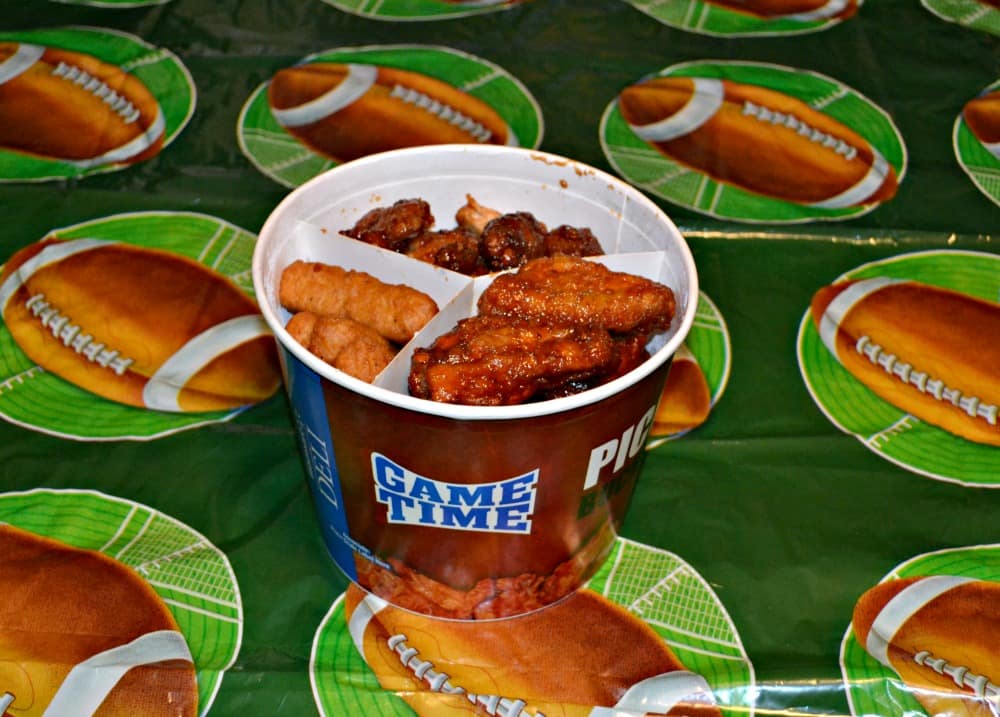 Because I wanted to serve my version of Chicken and Waffles during the football game I knew they had to be bite sized and portable.   No one wants to sit out in the kitchen to eat while the game is on in the living room.    I started by taking mini waffles that go in the toaster and toasted them to a golden brown.   I broke them apart and stuck a hot wing on top of each mini waffle.  I didn't want to use syrup and thought a ranch drizzle would be much more welcome with the hot wings.   I drizzled the ranch dressing over top of the chicken and waffles and then sprinkled them with chives.   These simple Hot Wing Chicken and Waffle appetizers only took about 10 minutes to put together and they only used 4 ingredients which means anyone can make these at home! 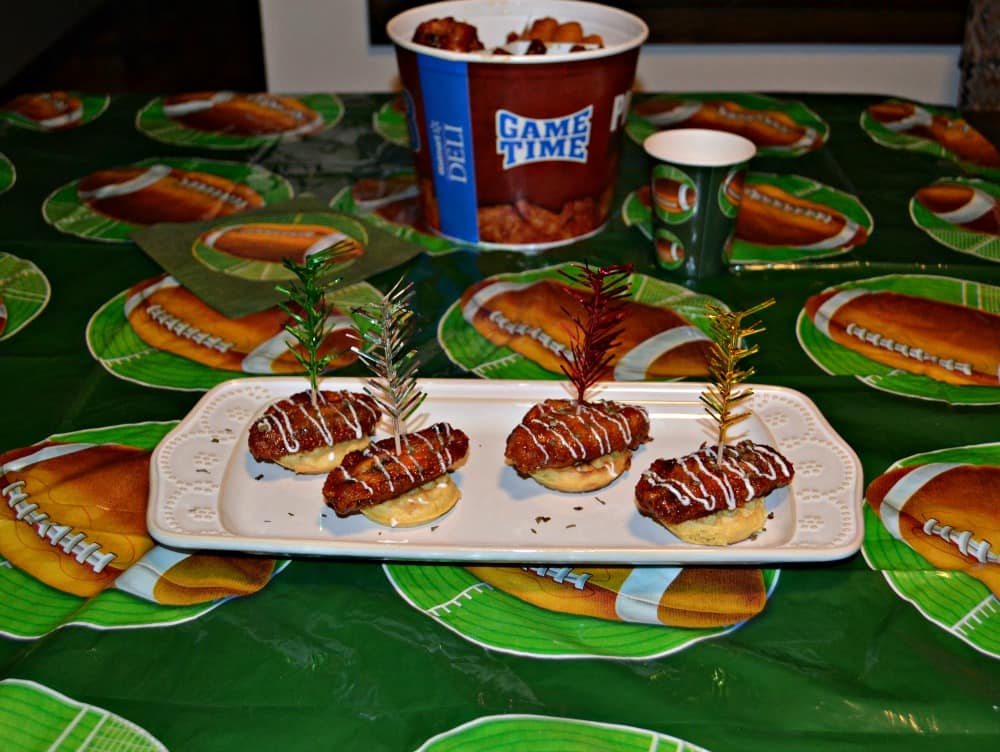 The chicken and waffles were a huge hit during the football game.  The combination of crispy waffle and spicy hot wings with the cool ranch drizzle was awesome!   Even though I used the bone-in wings it was easy to eat around the bones.  These would also be great to make with the boneless hot wings.   We had a lot of fun eating the mini chicken and waffle bites during the football game and I'm sure they'll be showing up again during future games. 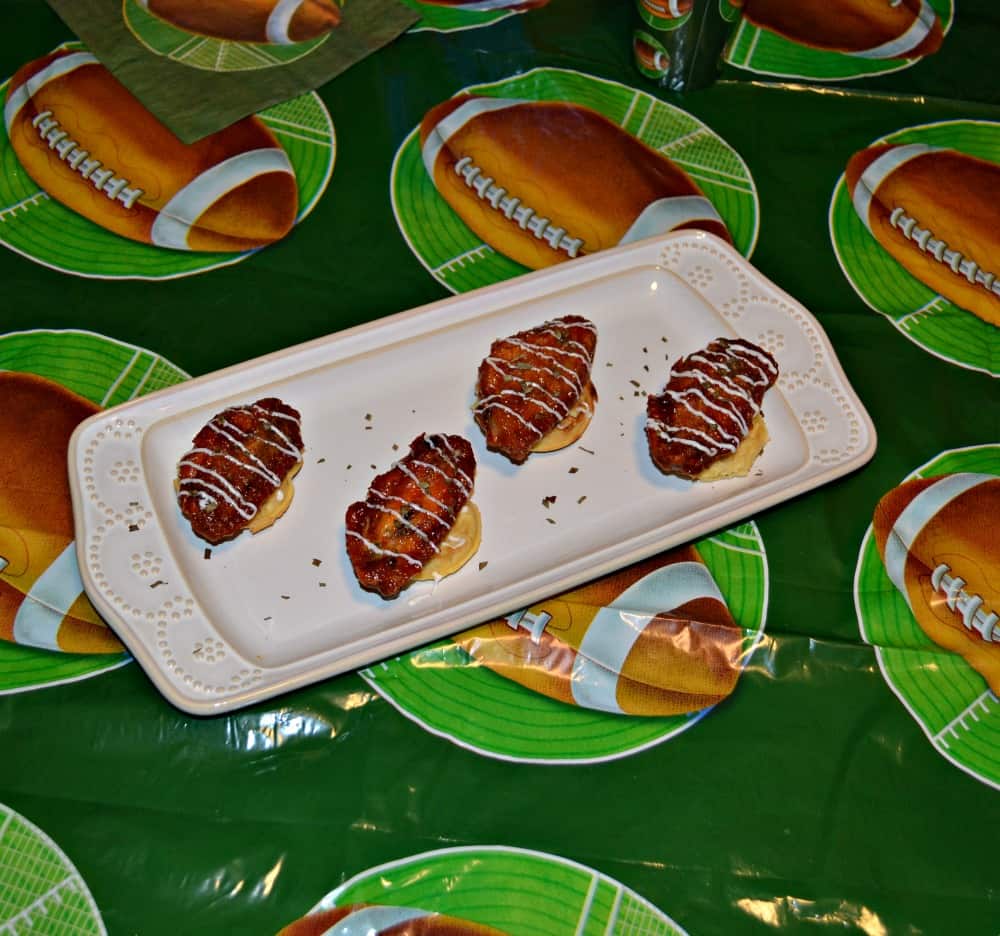 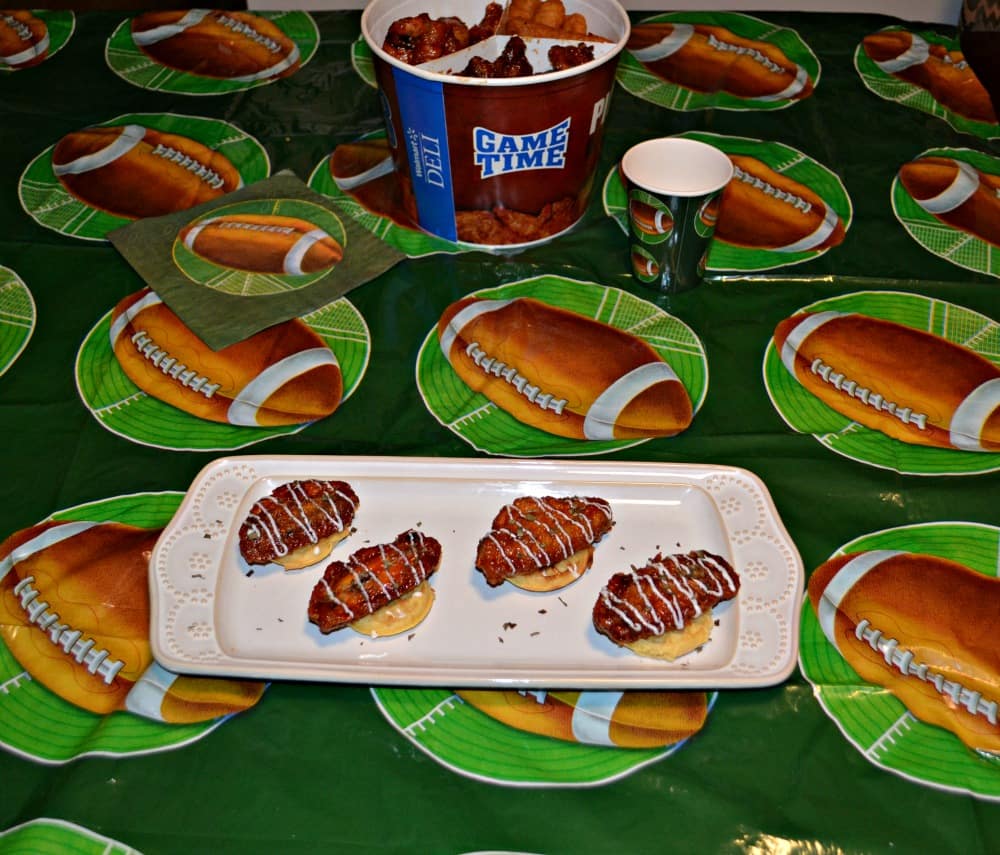 What is your favorite Game Time appetizer?