I have been all about my Air Fryer lately.  Did you know you can reheat food, cook foods, and even bake in it?   I've been having fun trying to make all sorts of things in the Air Fryer.  One thing I kept hearing about that I just had to try were wings.   I don't normally make wings because they are messy but I decided to give them a try. 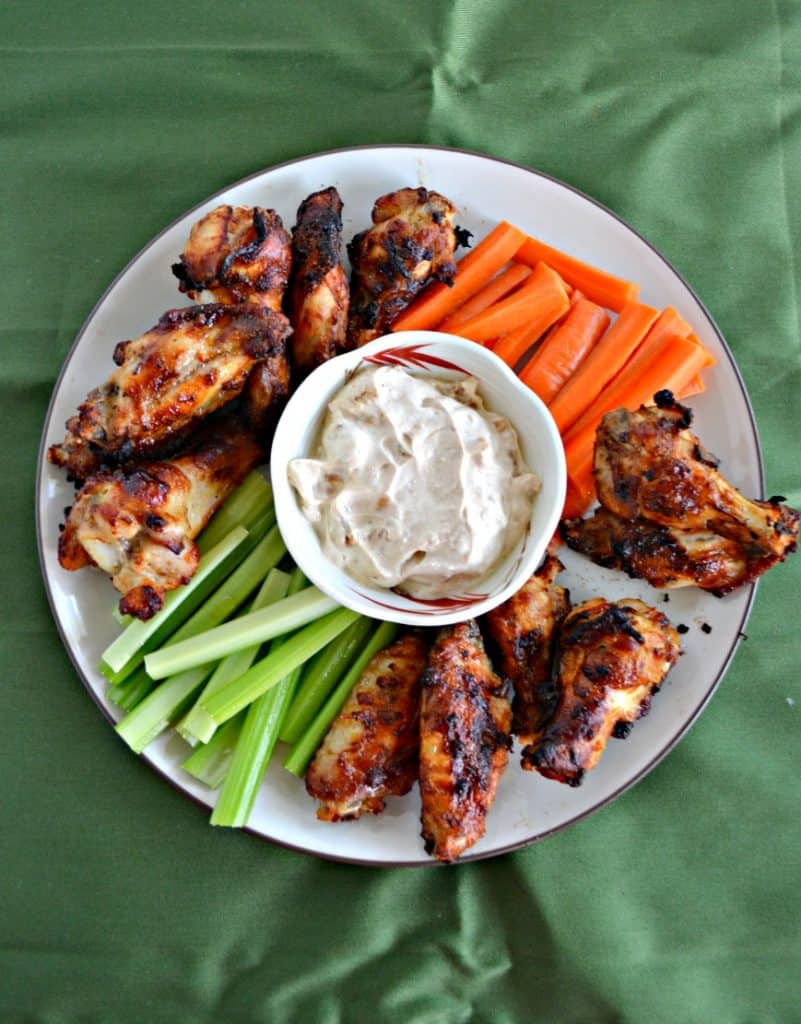 Plus, do you know what today is?   It's my birthday!   Seriously it is but it's also National Wing Day so this is was the perfect time for me to try and make wings in the Air Fryer.   I do really like them I just don't have them very often.

I didn't want to make buffalo wings because I figured it would be all over the Air Fryer so instead I made these Air Fryer Garlic Butter Ranch Wings.   As a quick note these need to marinate for at least a few hours so make them earlier in the day and let them sit in the refrigerator to get more flavor.  The marinade is simply Ranch seasoning, butter, garlic, black pepper, and a touch of vinegar. 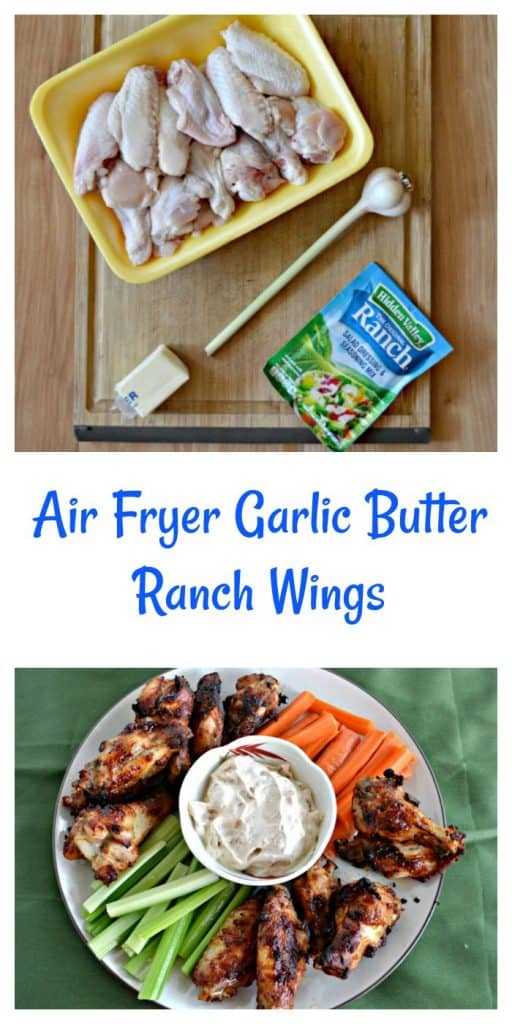 I mixed up the marinade, threw in the wings, and put them in the refrigerator.  I will say I was a little nervous as to how these would come out but I put them in the Air Fryer and cut up some veggies while they were in there.  After ten minutes I opened it up to shake it and I could see that they were starting to brown. 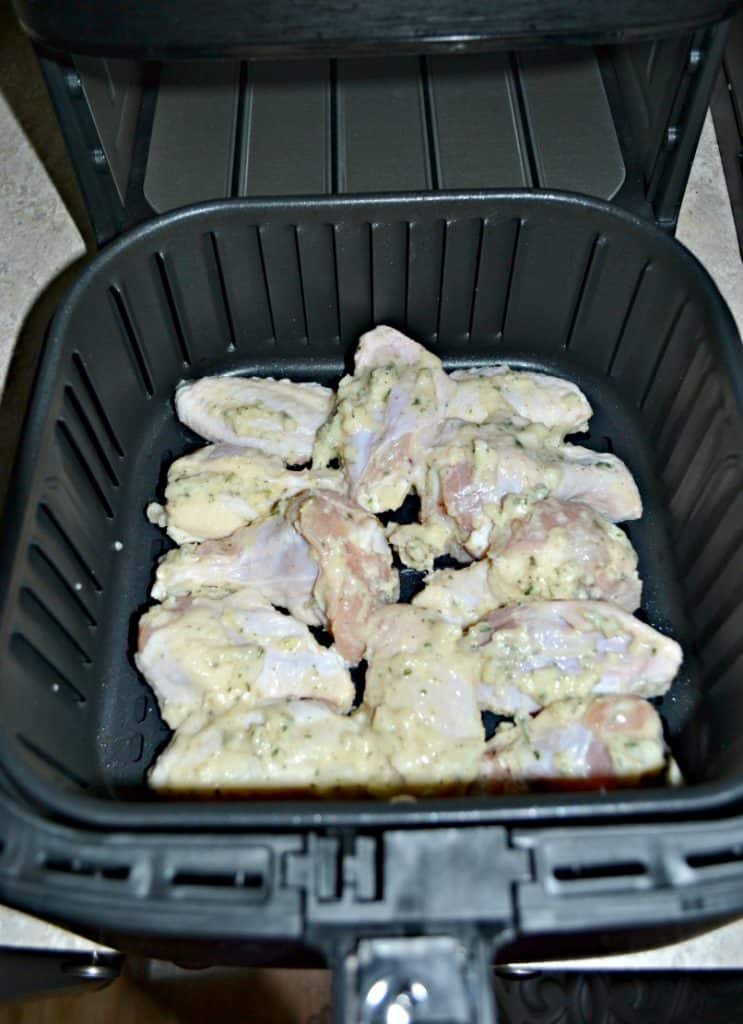 They smelled amazing while they were baking.   I could really smell the ranch and the butter.  When they were finished I was excited to see how brown and crispy they looked.   I was shocked to see how much liquid was at the bottom of the Air Fryer.  It was the grease and excess marinade but wow that was an eye opener. 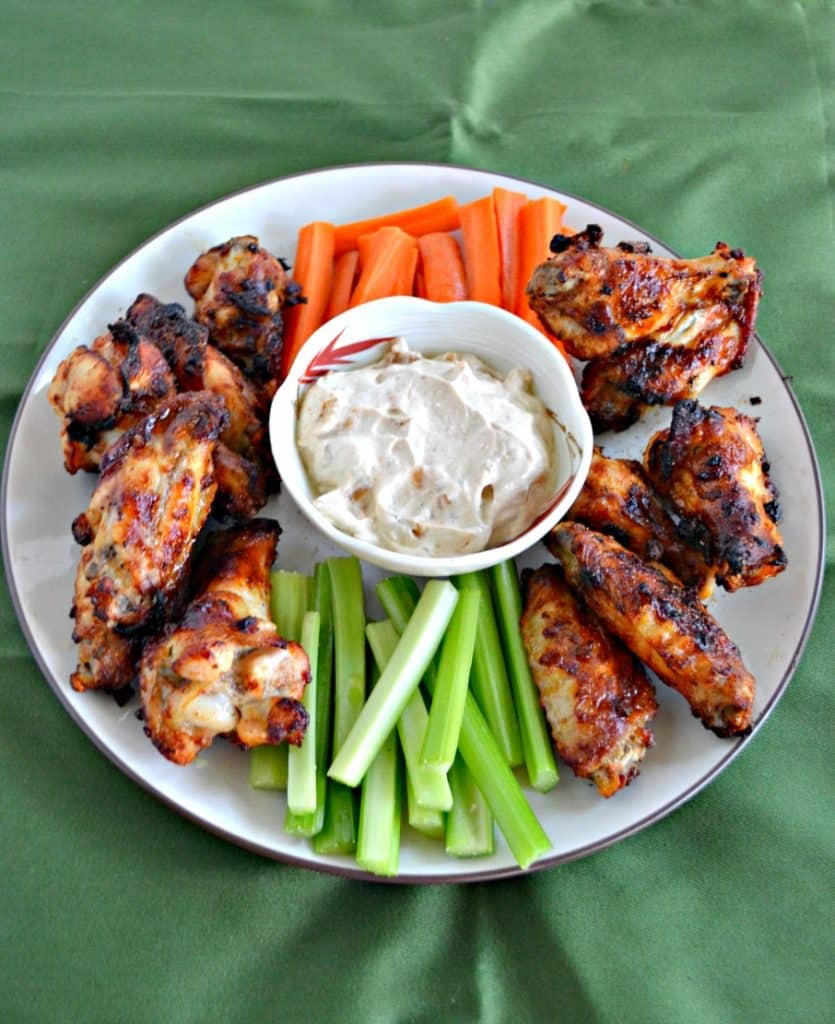 The wings themselves were awesome.  They were super crispy and I could really taste the garlic, butter, and ranch.  In fact, I usually dip my wings in Ranch dressing but these were so flavorful I didn't need too.  When my husband got home he tried them as well and was really surprised by how good they were.

So if you've been wondering whether or not to try wings in the Air Fryer I vote a big yes! 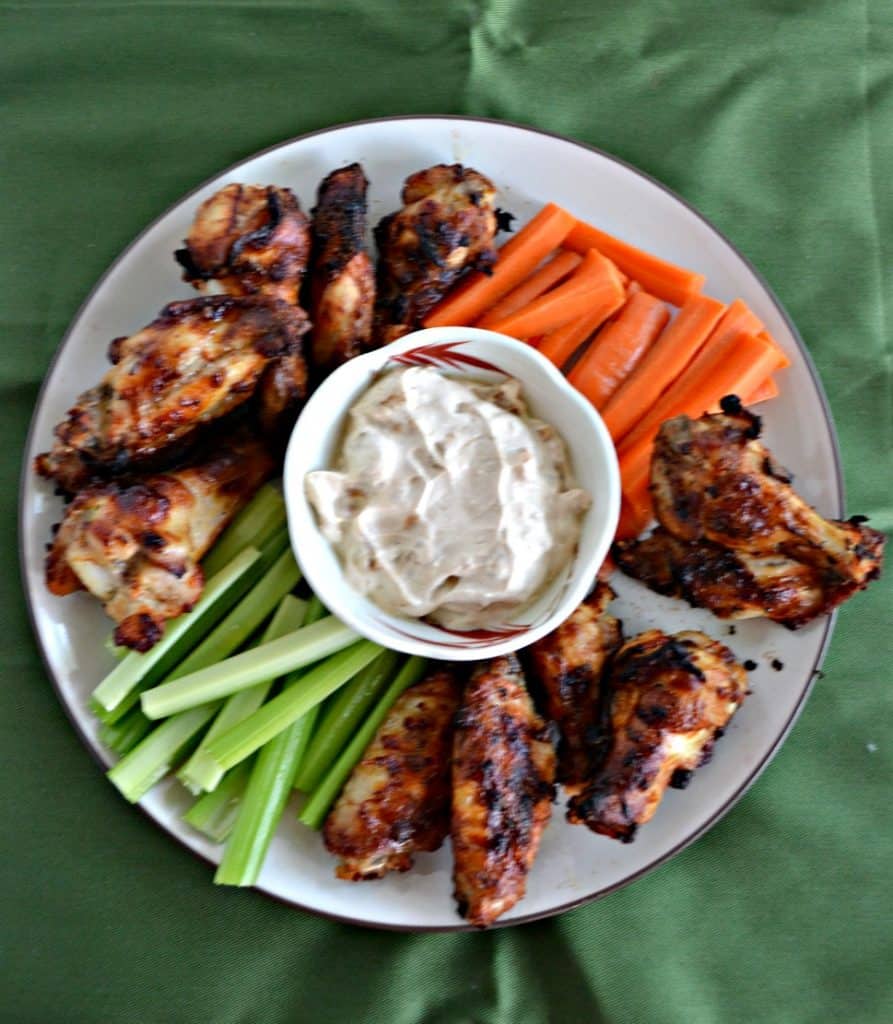 Ain’t nothing but a chicken wing! Chicken Wing Day recipes