If you have a small family or are looking for better-portioned vegan meals (that don’t force you to eat chili for a week straight!), Vegan Slow Cooking for Two or Just for You is the perfect resource for you. Featuring recipes geared specifically for use with a 1.5- to 2-quart slow cooker, you’ll find endless meal ideas that you can make with minimal effort and maximum taste.

Just prep a few items the night before or morning of, and come home to a hot meal—or side, or dessert—the moment you walk in the door! The little slow cooker is so easy to use that it makes cooking everyday a snap, so you can have a healthy variety of foods at a fraction of the cost of eating out. Inside, you’ll find a whole new world of food to fall in love with, from breakfast-y Pumpkin Polenta to comforting White Bean Quinoa Gumbo to luscious Blueberry Lemon Cake. You’ll be amazed at what your little slow cooker can do! (-synopsis) 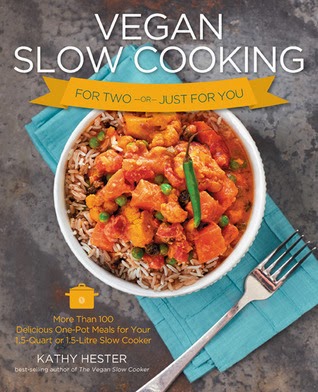 There are some really great things about this book the first being that there is food for any time of day.  There are breakfast recipes to put in the slow cooker the night before so you wake up to a fresh hot breakfast and there are recipes for delicious desserts.  Also included are soups, entrees, pastas, chili, sandwiches, and even beverages.

Each recipe is written for a 1.5 Quart slow cooker and is meant to feed two people.  While all of the recipes are vegan, many of them are also soy free, gluten free, and oil free as well.  The author uses a lot of spices in the dishes so they are full of flavor. 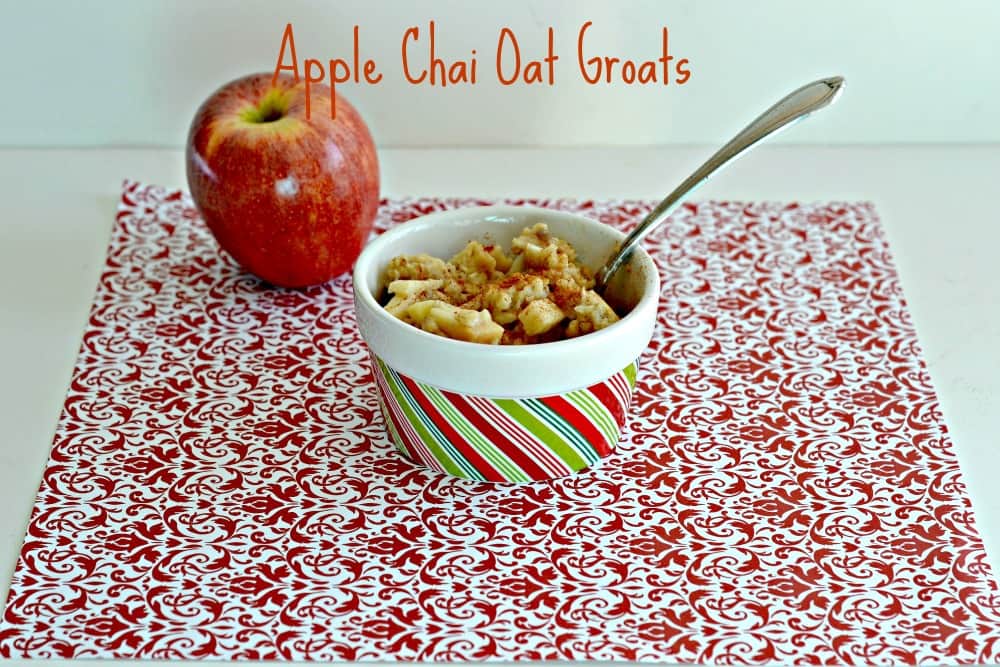 While I did like a lot of things about this book there were two things I didn't like.  The first is that if I'm going to take the time to make something in the slow cooker I want leftovers.  There weren't any with this recipe.  The second issue I had was that while there are a ton of recipes in this cookbook, many of them are for dishes I'll never make because the list of spices is too long and they are things I wouldn't normally have around the house.

All in all, if you are a single person or a couple who is vegan and doesn't like leftovers, this would be the perfect cookbook for you.  I tried three of the recipes included in the book and I enjoyed all three of them.  One recipe I doubled just so we could have the leftovers the next day.

1.  The night before put everything in the slow cooker except the sweetener.  Cook on low for 7 to 9 hours.

2.  In the morning stir the mixture to get a consistent texture.  Add your sweetener and stir again. 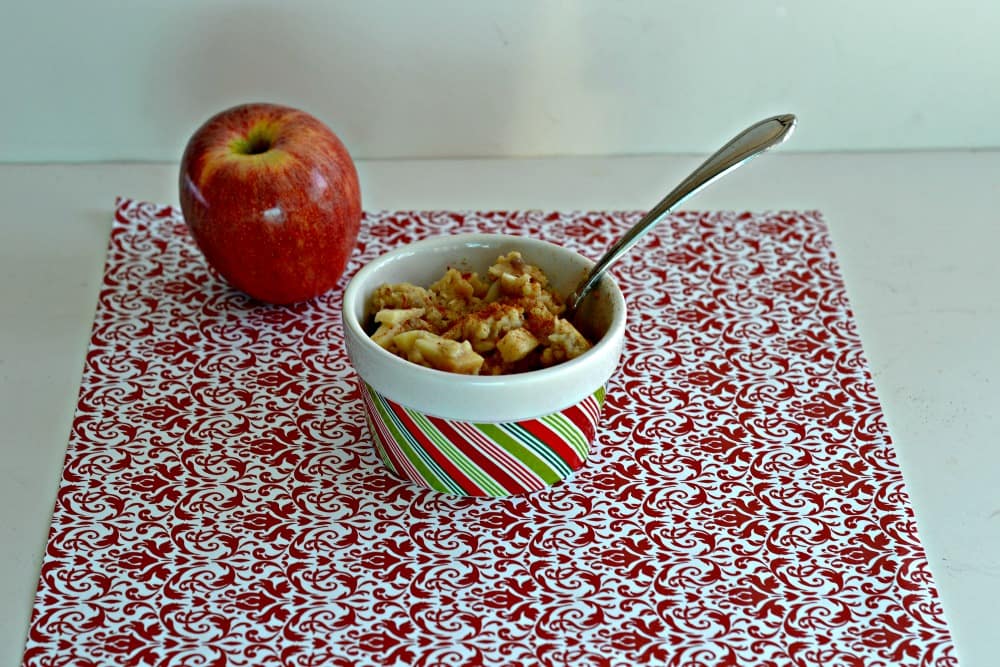