Jewl Dite has always struggled with her heritage. Being the daughter of the goddess of love, she questions everything about the emotion. Which is a bummer because she's head over heels for Anj Willam, and thinks the feelings are mutual. It's hard to be sure though when she has magic that has been known to bewitch men into devoting themselves to her. Somehow they're able to strike a balance in their dysfunctional on-again, off-again relationship however.

This balance is disrupted however when a strange boy named Teague enters her life and brings along with him a group of demons. Demons who want to make a deal with her in exchange for the safety of everyone she loves.

Now to protect those she holds most dear, Jewl must rely on the magic she's been trying so desperately to avoid. But at what cost? Will the boy she loves accept this dark secret, or will she lose him forever?  (-synopsis from Goodreads) 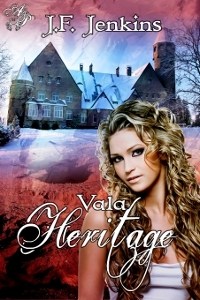 This book starts out from Jewl's point of view as we learn more about her, her family, and her on again/off again boyfriend, Anj.  Jewl and Anj are stuck in a bad place where they both have secrets that they can't, or won't, reveal to each other.  This makes a relationship hard and throughout the book there is tension between these characters.

Then Teague enters the picture.  He's new to the school and while he is a teenager his mental state seems to be very child-like.  He is afraid of the Dark and begins to stick to Jewl like glue.  At first she thinks he is crazy but then she begins to see the Demons in the Dark as well.  The more she tries to distance herself from Teague, the more she is drawn to him.  There is something familiar about him but she can't put her finger on it.

Finally we have the storyline with Jewl and her power hungry aunt.  Her aunt is out to ruin Jewl's dad and in the process Jewl herself.  She threatens to hurt Sonnet, Jewl's sister, if Jewl won't comply with a trip to the Underworld.  Knowing she has to go in order to spare Sonnet, Jewl in turn pushes Anj away even more in an attempt to save him from the dangers of the Underworld.

The book ends with Anj and Jewl finally spilling their secrets and Jewl taking her trip to the Underworld.  There's a pretty big twist at the end and I can't wait to read the next one!  I find these books easy to read and really enjoy the characters.  They each have their own personality and stay true to their character.