It's apple season and I've been making all thing apple!   That means we've been having apple cookies, apple cider, apple sangria, and apple butter.   It's just one of those ingredients that I use a lot for 2 or 3 months and then use sparingly for the rest of the year. 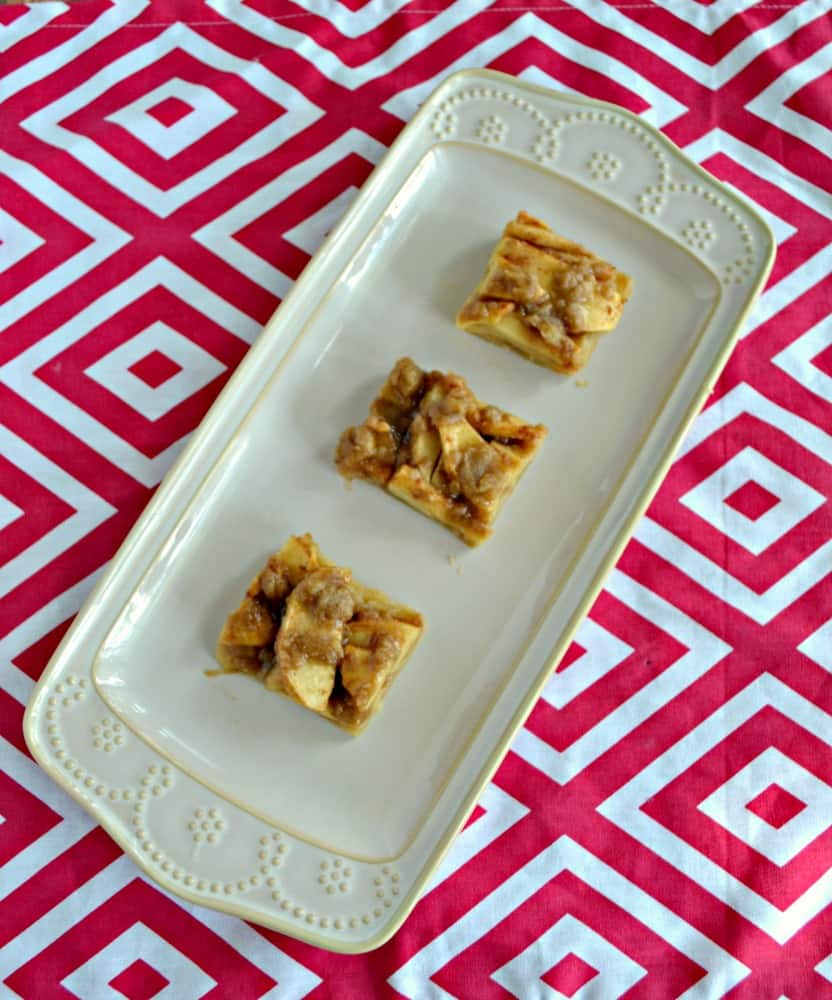 In fact, I had a baking weekend last week and I made a ton of apple and pumpkin drinks and desserts.  My husband was at an auction all day Saturday and Sunday so that meant I was in the kitchen most of both days.   It's just nice to go into the kitchen and cook when there isn't anyone else home.  That way I don't have to worry about how messy I am because no one is going to see it until I have it cleaned up. 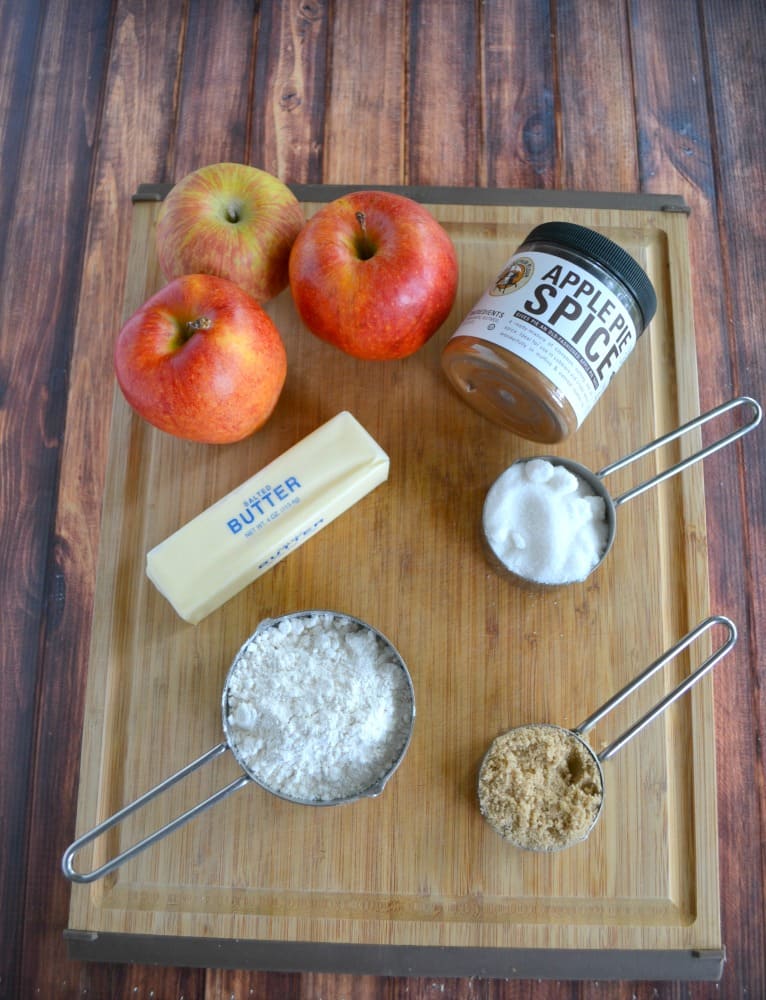 So during fall bake-a-thon I tried my hand at these Apple Crisp Shortbread Bars.  I means, it's basically an apple crisp sitting on top of a shortbread cookie.    What's not to like? 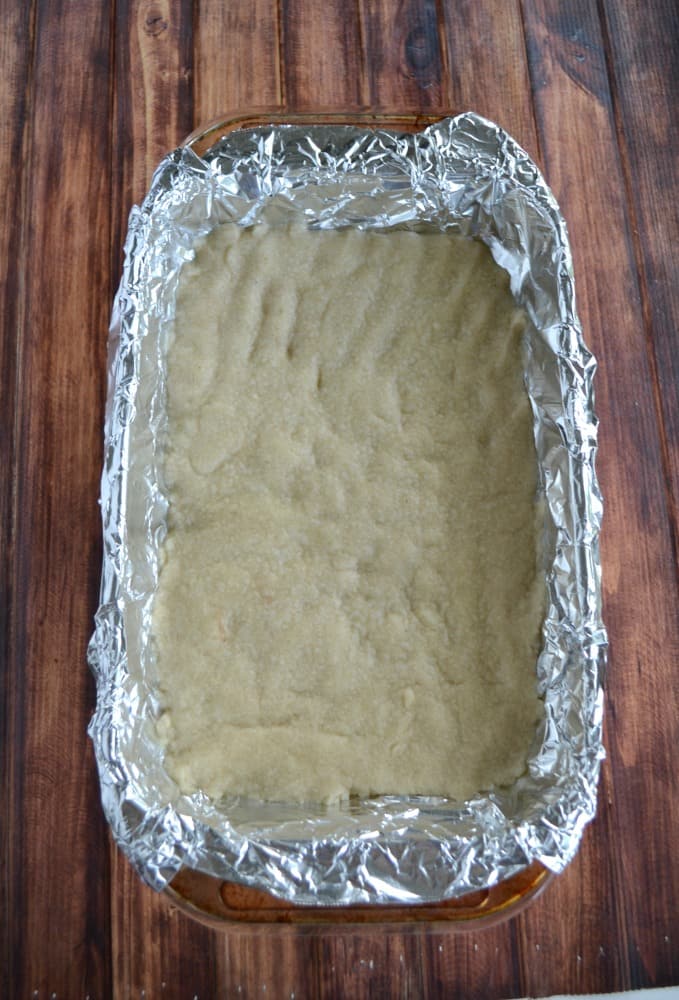 There's three parts to this cookie.  The first is the shortbread crust.   You make that and then pop it in the oven.  While it's cooking you toss together the apple ingredients.  Then when the cookie comes out of the oven you put the apples mixture on top of that and sprinkle it with the topping. 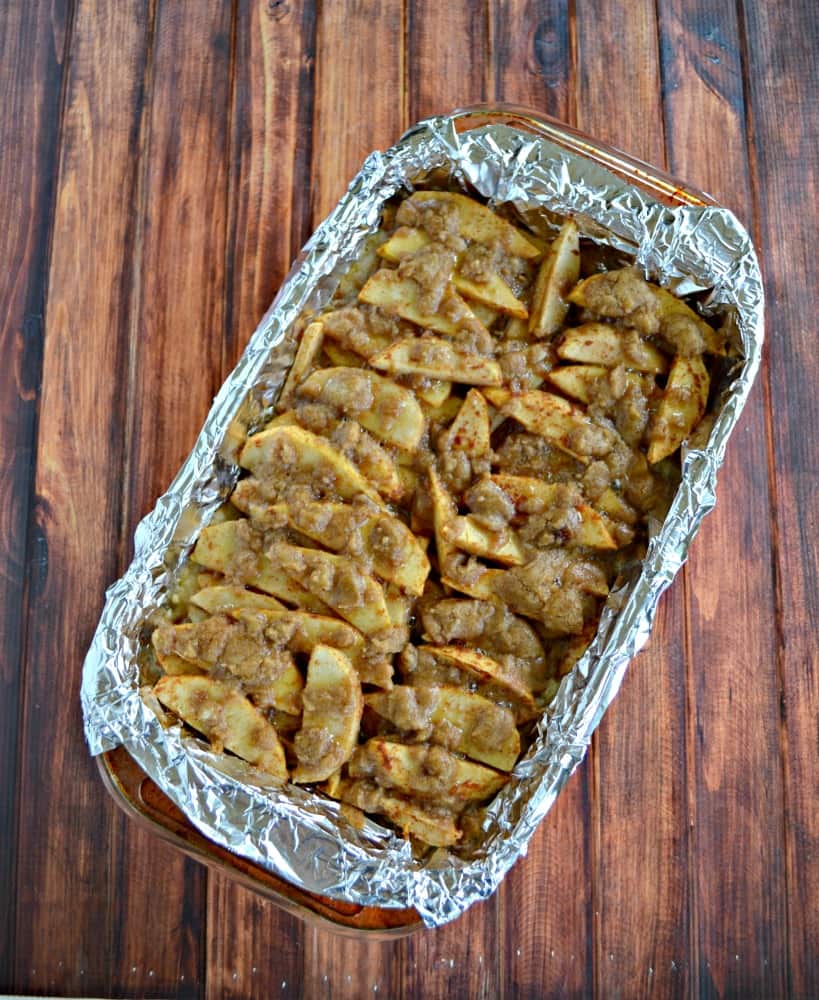 The finished cookie is pretty awesome.   It's like a solid shortbread cookie holding up a spiced apple crisp.  It's sweet and spiced and full of apple flavor.  It's a delicious fall dessert that's easy to make and keeps well in the refrigerator for several days. 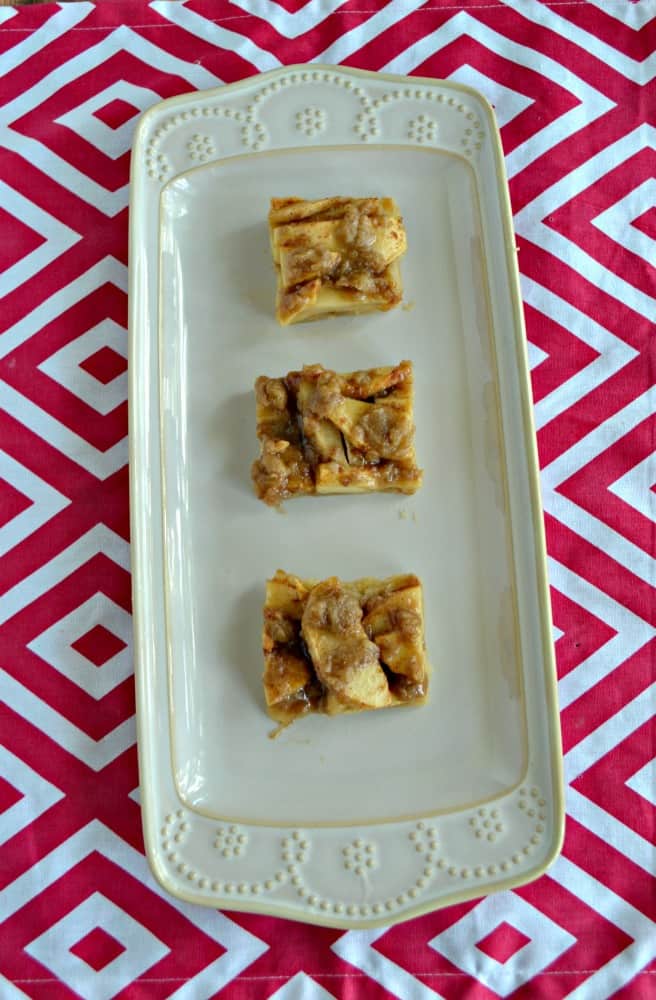 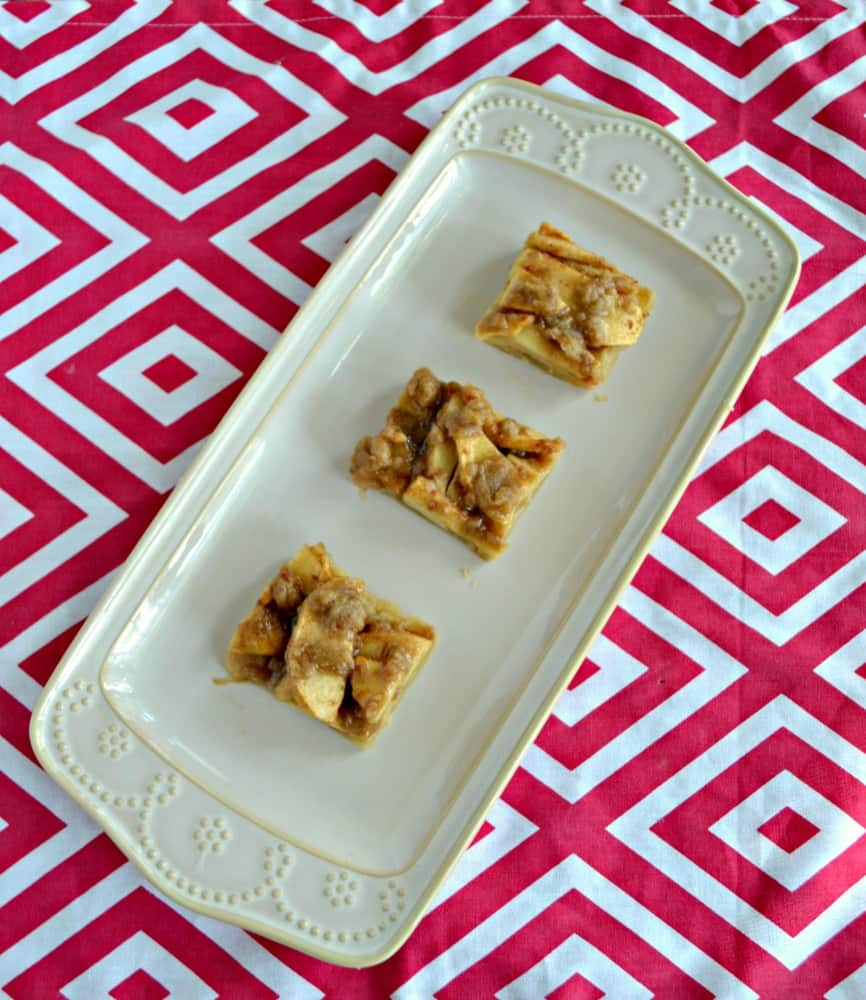