A lot of my friends get excited when they hear the word Oktoberfest.   To them it means good German food and plenty of beer.   Since I am not a beer drinker I'm not usually excited about this.   Sure I like German food just fine but during Oktoberfest so much of it has beer in it and really, it's all about the beer. 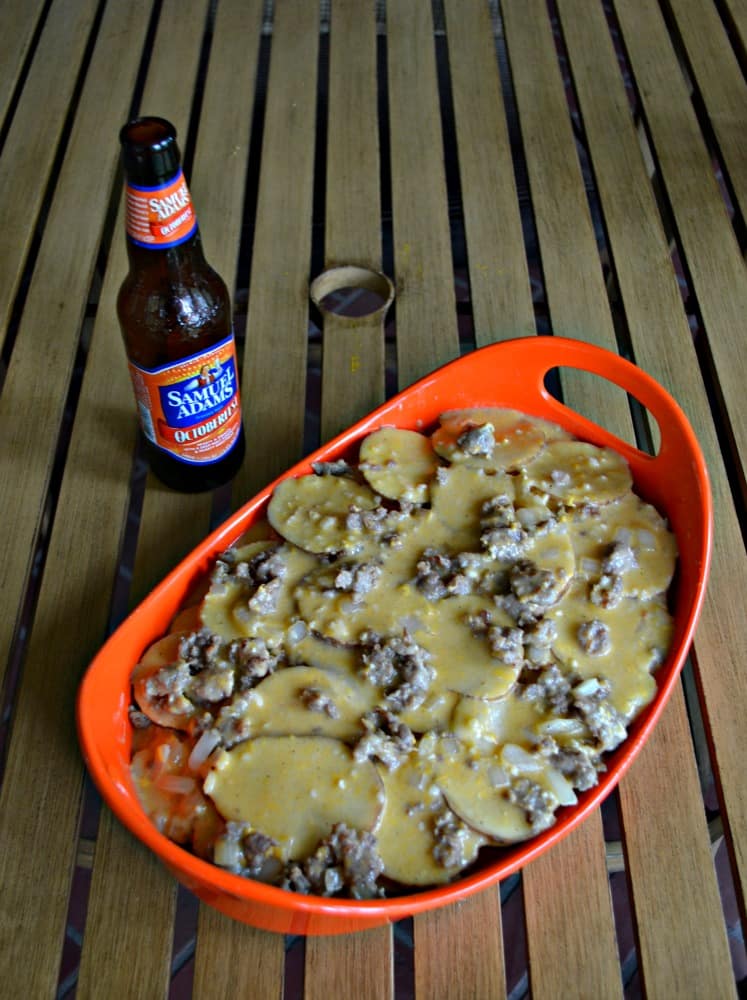 This year we were invited to an Oktoberfest party.  In fact, it was last night and it was really fun!   While I didn't partake in the beer tastings, I still had fun. My husband seemed to enjoy the beer tasting portion and I'm glad we decided to go.   It was more of a gathering of friends then anything else so it was a good time. 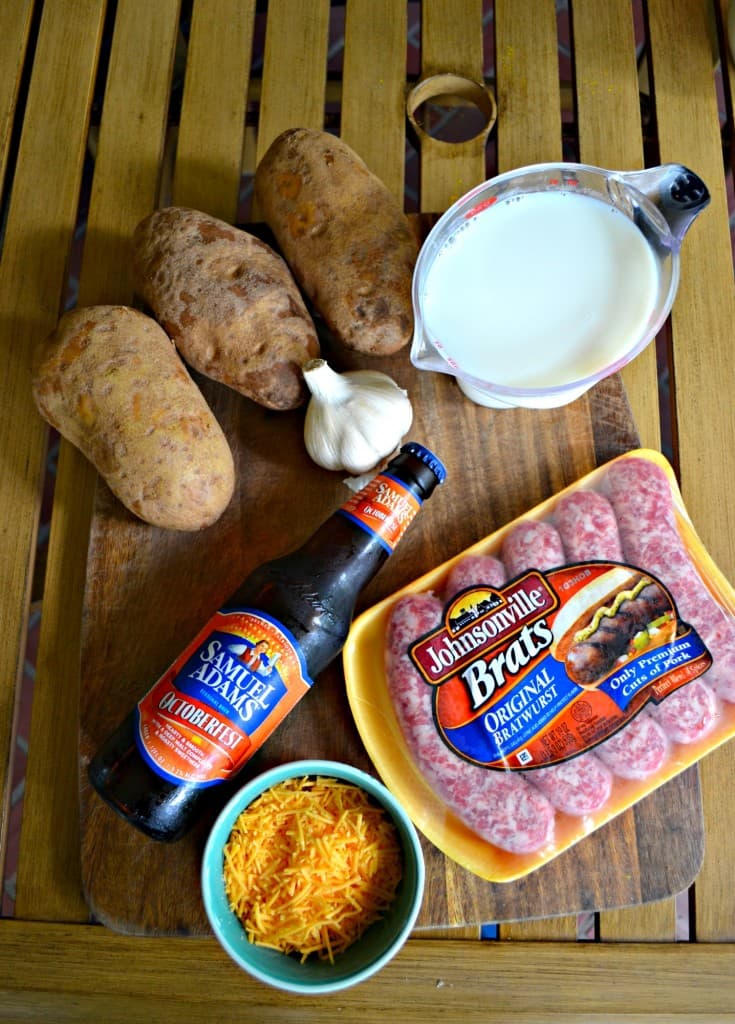 So what is Oktoberfest?   I looked it up to see what it actually is because that's the theme of this weeks Sunday Supper.  It turns out Oktoberfest is the world's largest Volksfest which means beer festival and traveling fun fair.  It's a 16-18 day festival held in Germany where large quantities of Oktoberfest beer are consumed along with amusement rides, vendors, and games.  Oktoberfest sounds like it would be a lot of fun. 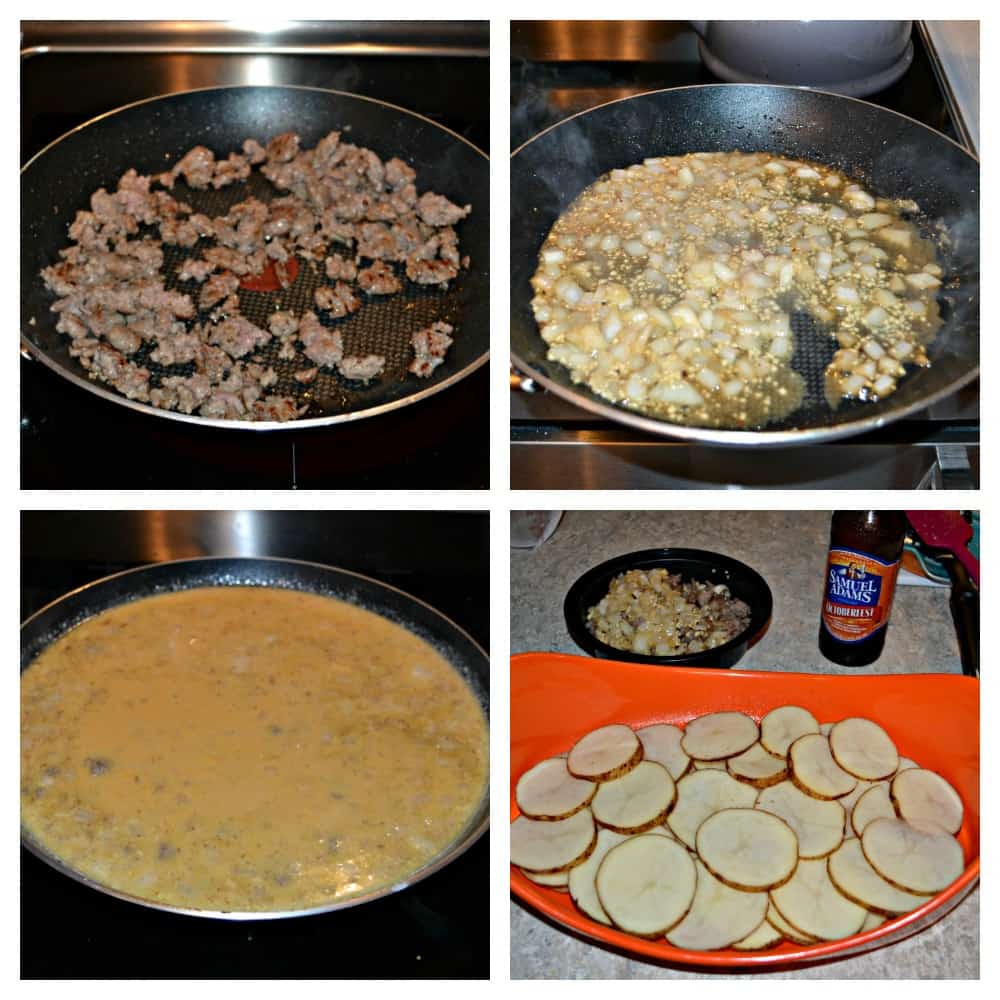 So in order to celebrate Oktoberfest I decided to make Oktoberfest Potatoes.    My brother and sister in law came to visit last weekend and since they both enjoy beer I thought they'd love these potatoes.  They are pretty much everything I think of when I think of Oktoberfest....beer, cheese, brats, and potatoes.

The great thing about this recipe is that most of the work takes place well before the potatoes are finished.  So if you are having company all of the work will be done by the time they get there.  The potatoes need to be in the oven for 1 ½ to 2 hours so there is plenty of time to relax with your guests before they are finished.   One word of advice, I put mine in for 1 ½ hours but I wish I had gone for 2 hours because one layer of the potatoes weren't entirely cooked.   Error on the side of more time with these! 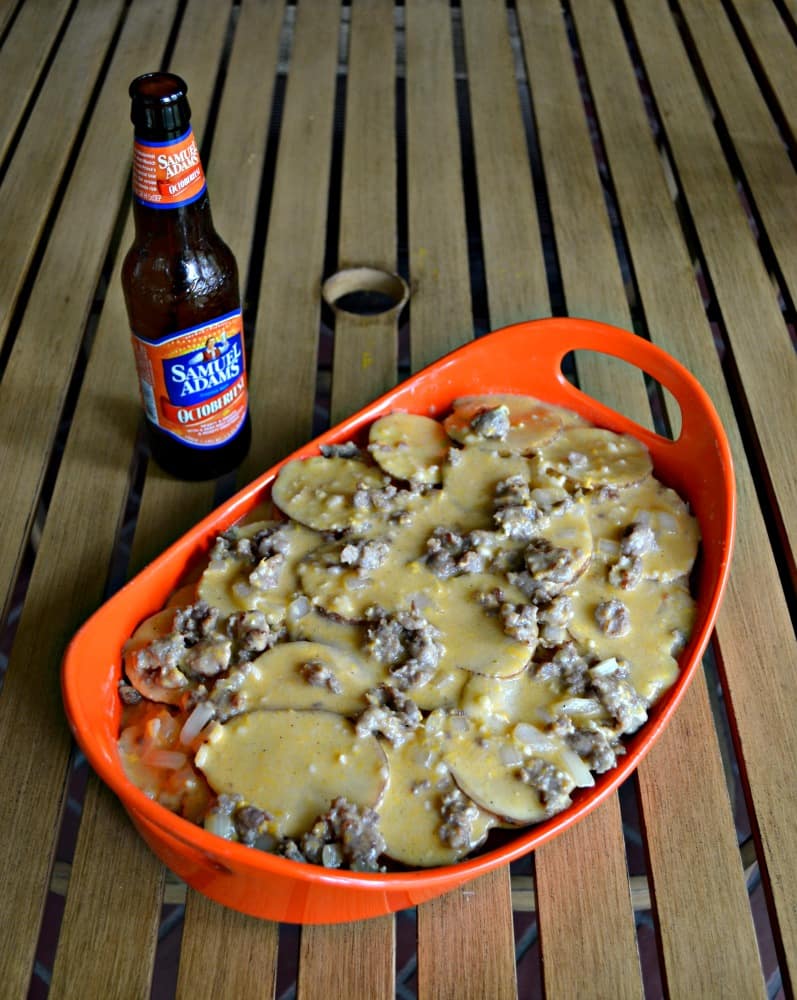 The potatoes were pretty awesome.   My brother said he liked the beer and cheese flavor.  There was a lot of brats in them as well.   It was actually a pretty tasty side dish and one that I ate for several days.  It went well with the steaks we enjoyed with them but it would have been perfect served with sausage sandwiches too.

Recipe adapted from A Beautiful Bite 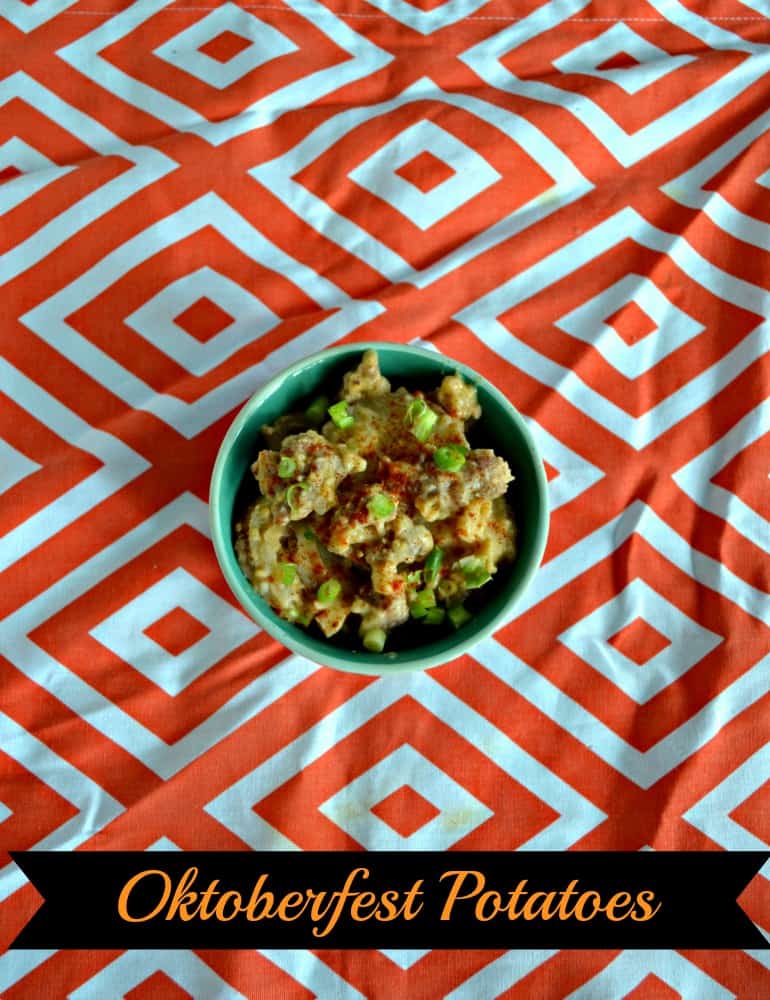