A few weeks ago one of my friends at work went to a night at the local community college where they learned how to cook a ton of appetizers.  She posted some pictures and it sounded like so much fun.  I talked to her about it the next day and she ended up bringing in all of the recipes for me so I could try them. 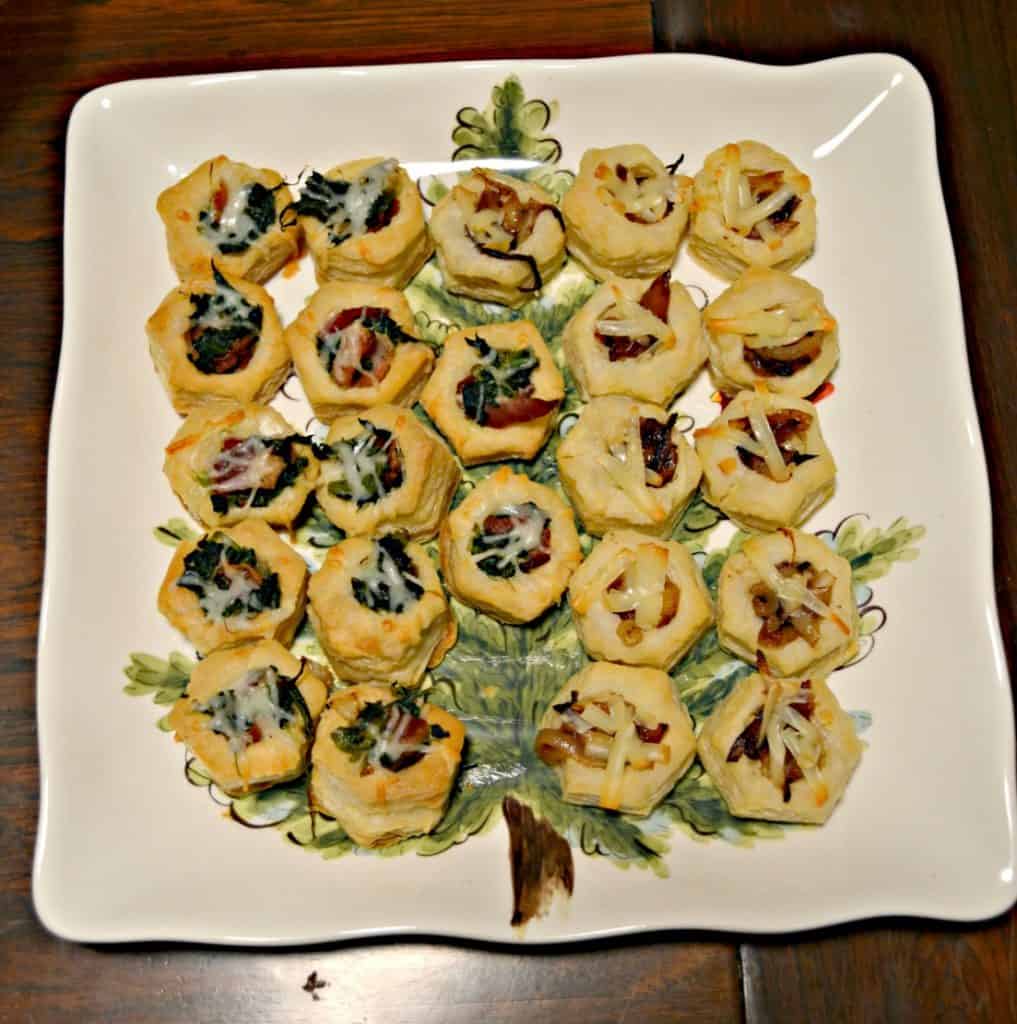 I started looking through the recipes that my friend had given me and I found the one for Bacon Swiss Tarts.  It sounded simple and delicious.   I liked that in addition to the cheese and puff pastry it included spinach so I could feel like I was having some veggies in my appetizers. 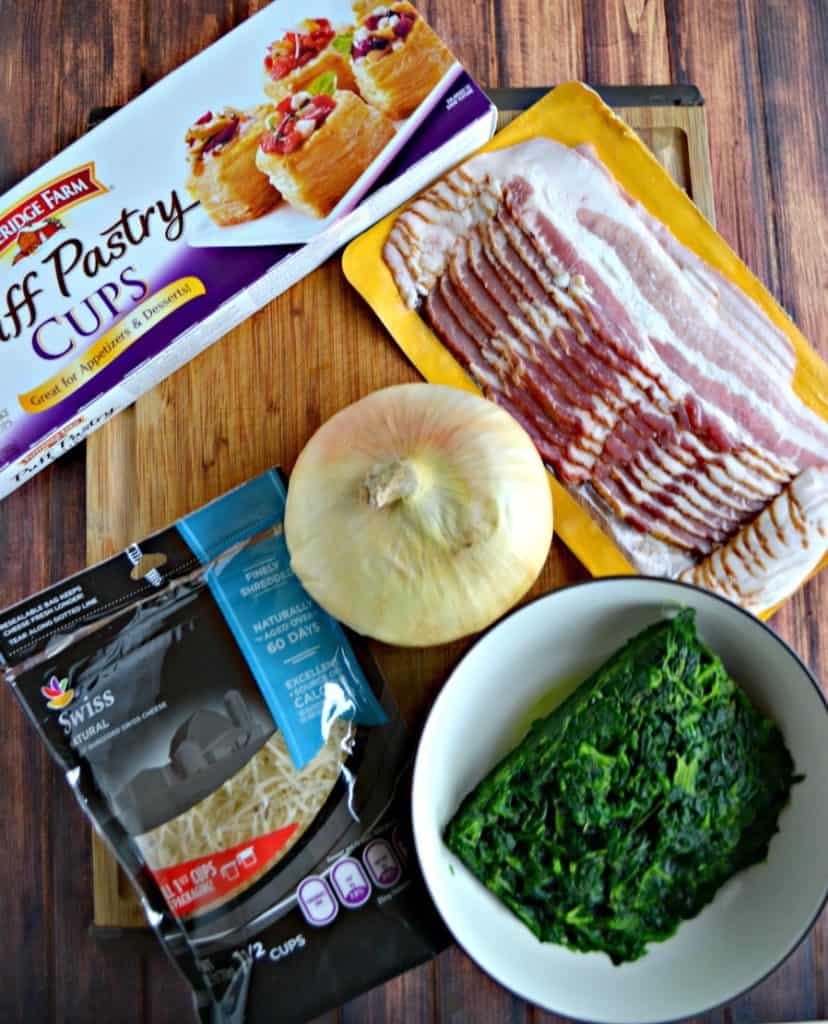 When I went to the store I went looking for the phyllo tart shells but they only had them in graham cracker flavor which wasn't going to work.  I didn't have time to look in other stores so I looked for an alternative.   I found puff pastry cups and decided to give them a try.  I had never used them before so I crossed my fingers and hoped that they worked.

If you are using the puff pastry cups make sure that you cook them first before filling them.  When I opened the box I was surprised to see that the cups looked like little flat disks.  However, once they were baked they puffed up into little cups and I was able to fill them with the spinach bacon mixture.  I then put them back in the oven to warm up the filling. 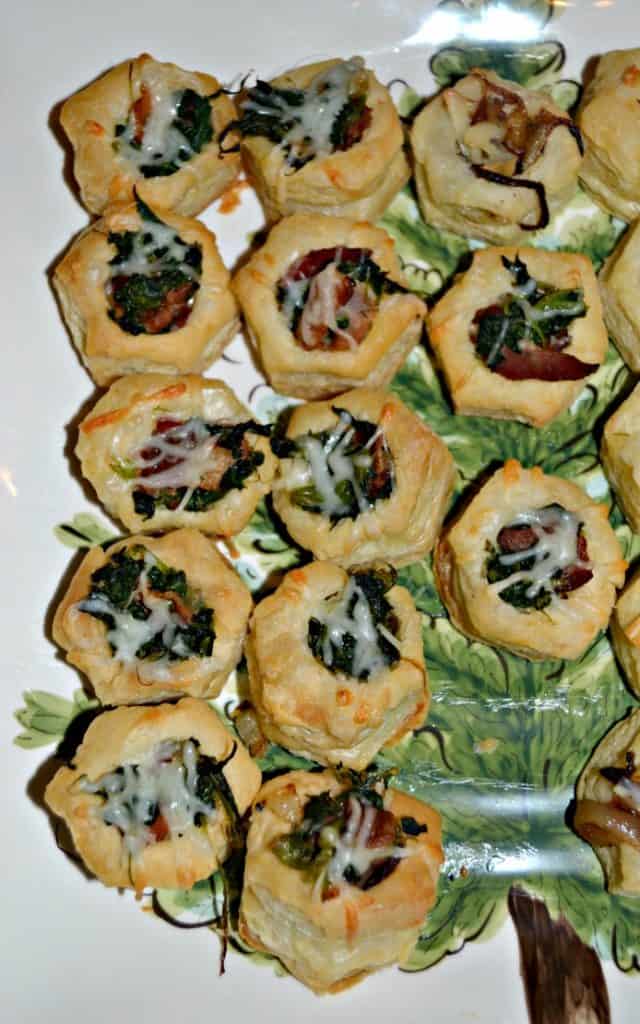 These little tarts were so tasty!   I loved the salty bacon with the earthy spinach and the creamy Swiss cheese all wrapped in puff pastry.  It was a lot of flavors in one little bite.  I ended up eating 4 or 5 of these because they were so good!  They would be perfect for any party, football game, or holiday. 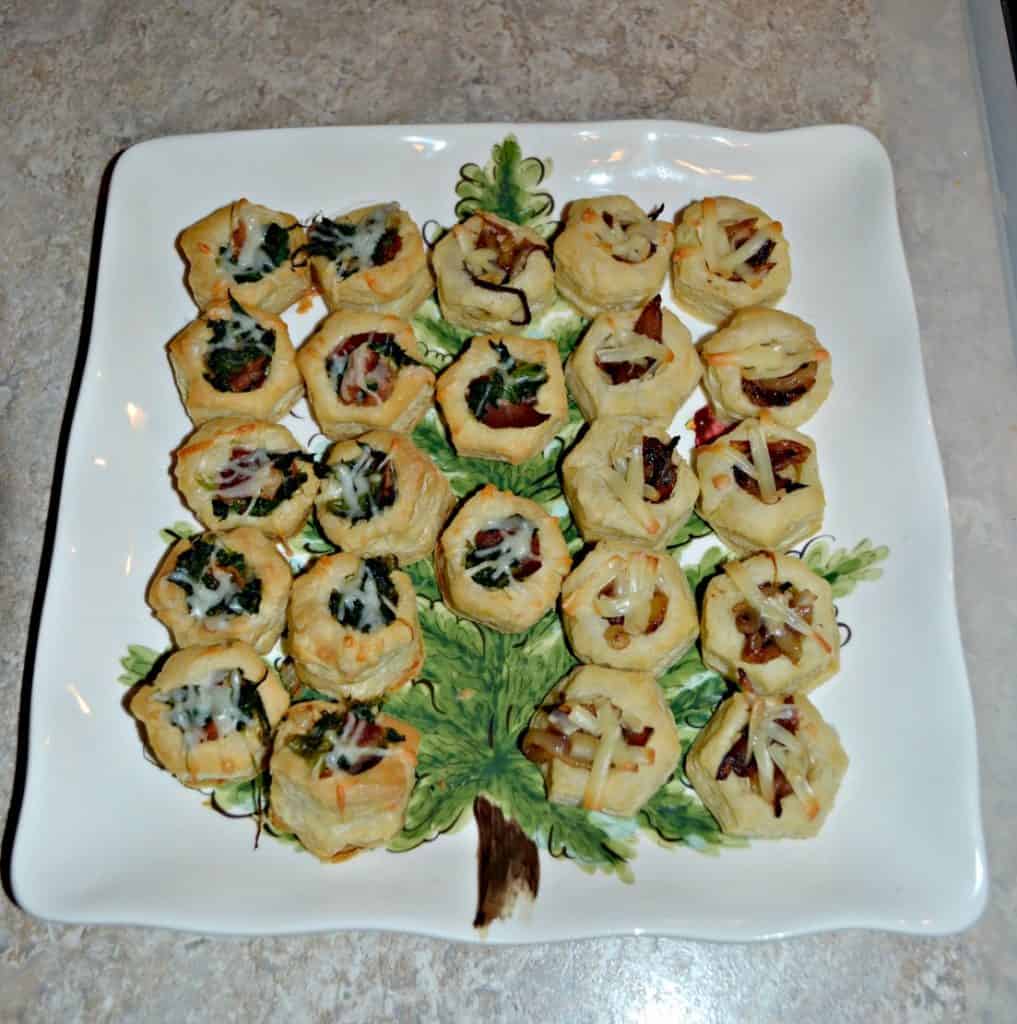 Check out all the delicious #FootballFood: