Sunny is bereaving the sudden death of her parents. Lewis is a homeless runaway seeking shelter in Sunny's basement from an early winter storm. When they unexpectedly meet, Sunny wants nothing more than to kill him. After a bizarre hostage situation and a poker game, Sunny realizes that Lewis isn't out to hurt her. Their initial distaste turns to friendship and love, but Sunny isn't keen on starting a relationship with a man she knows so little about. Lewis is loyal, and his patience paramount. Sunny is hesitant but her love runs deep and true. They are separated unwillingly, and must struggle and face overwhelming odds to find each other again.  (-synopsis from Goodreads) 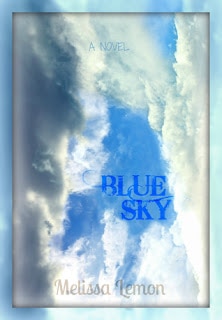 The book opens with Sunny grieving the death of her parents.  Her best friend Meg has been staying with her but has to leave to go to work.  Lewis is a young homeless man looking for a place to stay for the winter.  When he comes upon Sunny's house it looks vacant and he thinks he can seek shelter in the basement.

Soon after he gets their Sunny finds him and he knows he can't let her call the police.  He keeps her hostage in the house but soon Sunny realizes Lewis is just as scared as she is.  The two of the form an unlikely friendship and Sunny agrees to let him stay in her house for the winter as long as he gets a job.

Sunny's best friend Meg is extremely angry when she hears Lewis' story and wants to call the police.  Sunny convinces her not to and explains his situation.  As the weeks go by Sunny and Lewis grow closer and form a tight friendship.  The only problem is they both have secrets that the other doesn't know.  While Lewis keeps trying to get closer, Sunny keeps pushing him away until one night everything blows up and Lewis leaves.

Sunny finally realizes how she feels about Lewis and is racing against the freezing cold and snow filled nights to find Lewis before he freezes to death.   Along the way she encounters his family, his past, and her own past while Lewis fights his own demons.

I really liked Lewis in this book.  At the beginning I thought it was strange he was breaking into homes and spending the winter but as I learned more about him I liked him more and more.  He is loyal, funny, caring, and is running from a past that isn't his fault.  Sunny was more of a roller coaster ride with her being caring and loving half of the time and hysterical and downright mean other times.

There are several other characters that play important parts in the story.  Meg is Sunny's best friend and is fiercely loyal to her but I also found her to be a bit whiney.  Jack is Lewis' brother who tries to be a joker and a ladies man but deep down he's out to take care of his family.  He was my favorite minor character in the story.

The book kept me interested and reading until the very end.  I wanted to find out what was going to happen to Sunny and Lewis because I liked them both.   I would have rated the book higher but I had two major issues with the book.  I didn't like the beginning and how Sunny and Lewis met.  I can't imagine a situation where a young, grieving woman would allow a male intruder to live in her home.  I also had issues with Lewis' father.  He was so mean and no one in the house liked him but yet everyone stayed.  I just didn't understand that part, especially since Sunny had words with him and he basically left her alone.

Overall it was a well written book and the author made me care about the characters.  I wanted to keep reading to find out what was going to happen next.

I was provided a copy of this book for my honest review.