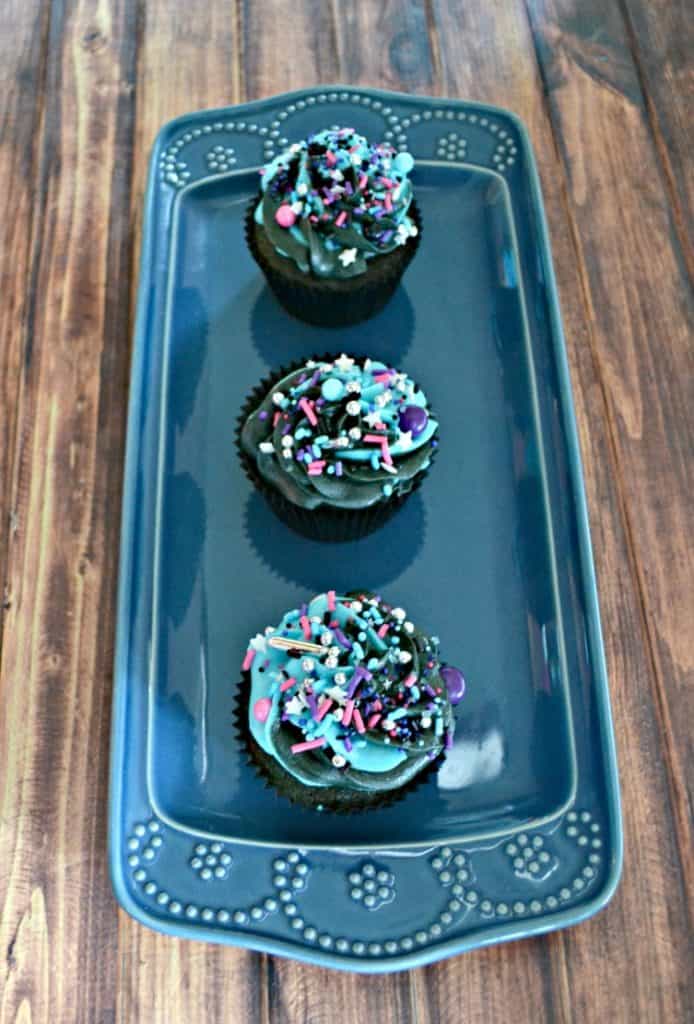 I have been all about space and the galaxy since J was born.   We had a hard time deciding on a theme for his room but when we did we decided on a space theme.  Since he was born we've found that there is a ton of space themed clothing, furniture, and toys for kids!  It's been awesome being able to match everything to his room theme. 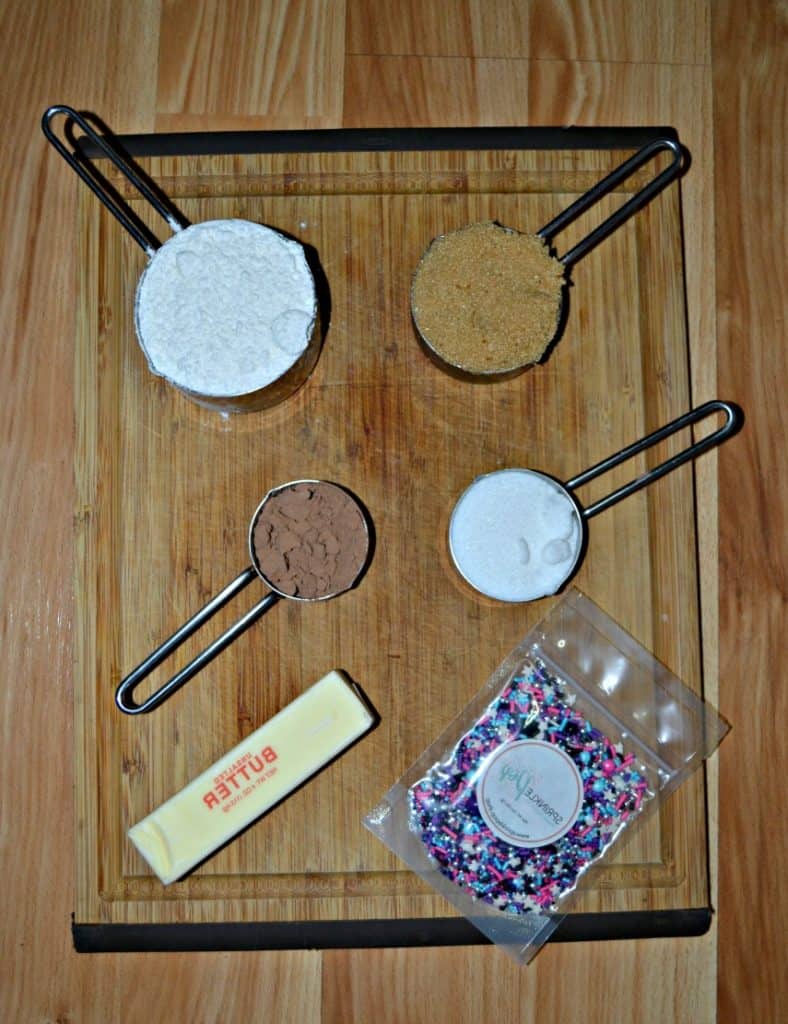 Since I've been so in to space I thought it would be fun to make galaxy cupcakes.  I've seen a lot of space and galaxy themed food items over the past year or two but I've yet to make any.  I did make Galaxy Easter eggs last years and they were really fun to make. 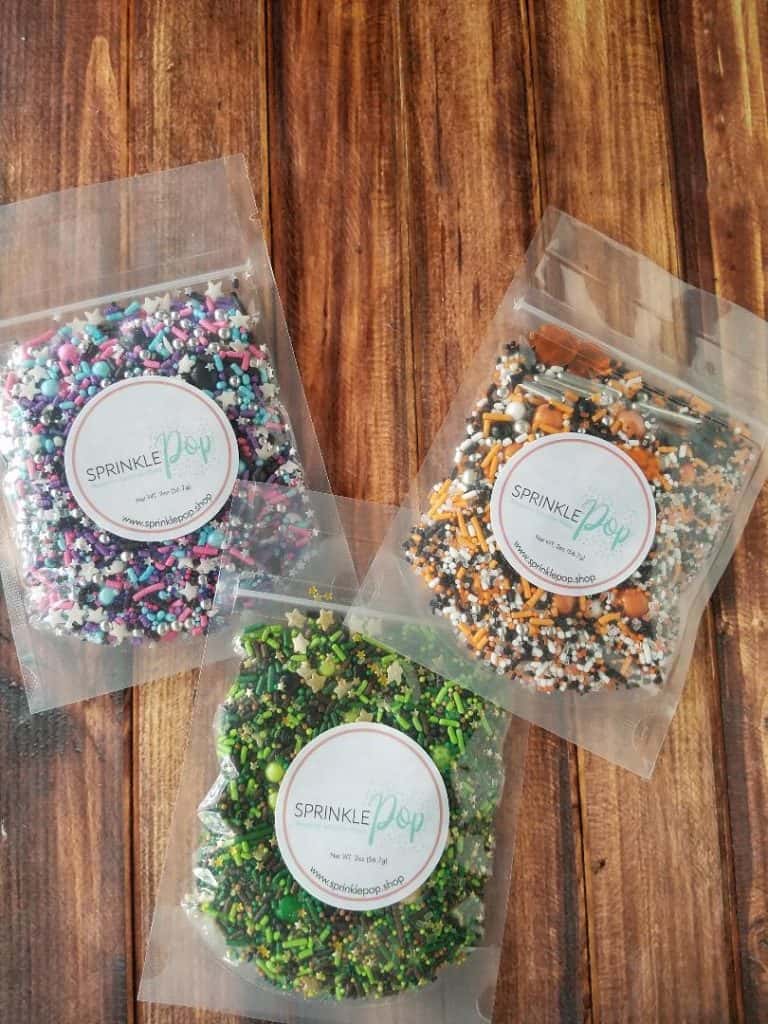 When making galaxy food there is usually a blue and black background that is dotted with pinks, purples, blues, and silver.   I couldn't wait to get started!   I decided to make Blue Velvet Galaxy Cupcakes.  I started with chocolatey blue velvet cupcakes in black cupcake liners.

I was going to do black velvet cupcakes but I thought dark blue cupcakes would be prettier.  Once they cooled I topped them off with a swirled buttercream frosting that was blue and black.  The only problem I had was finishing them off.  I wasn't sure how to make them look like the galaxy. 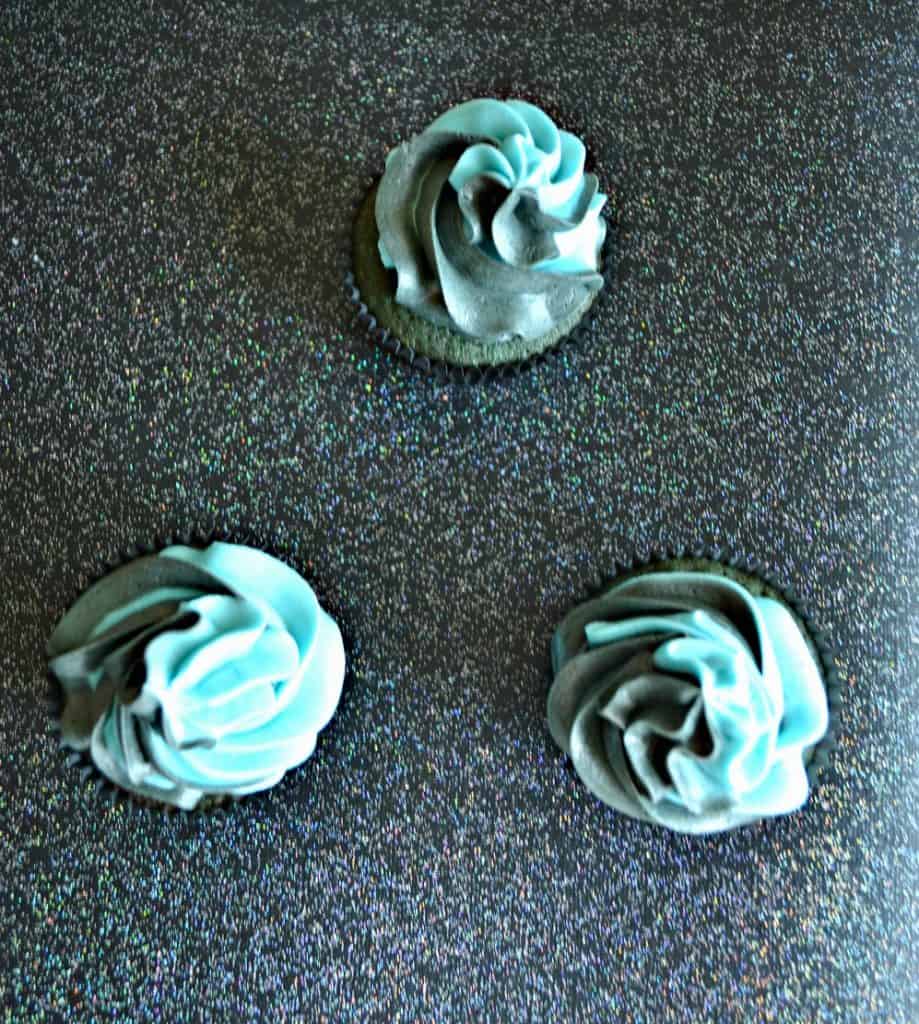 Luckily Sprinkle Pop has an awesome Milky Way Sprinkle Mix that is a combination of pink, purple, blue, and black sprinkles with silver stars and accents.  It makes any baked good look like it's from outer space!   I heaped on the Milky Way Sprinkle Mix on top of my dark frosting it looked amazing!   I felt like I was looking at miniature galaxies. 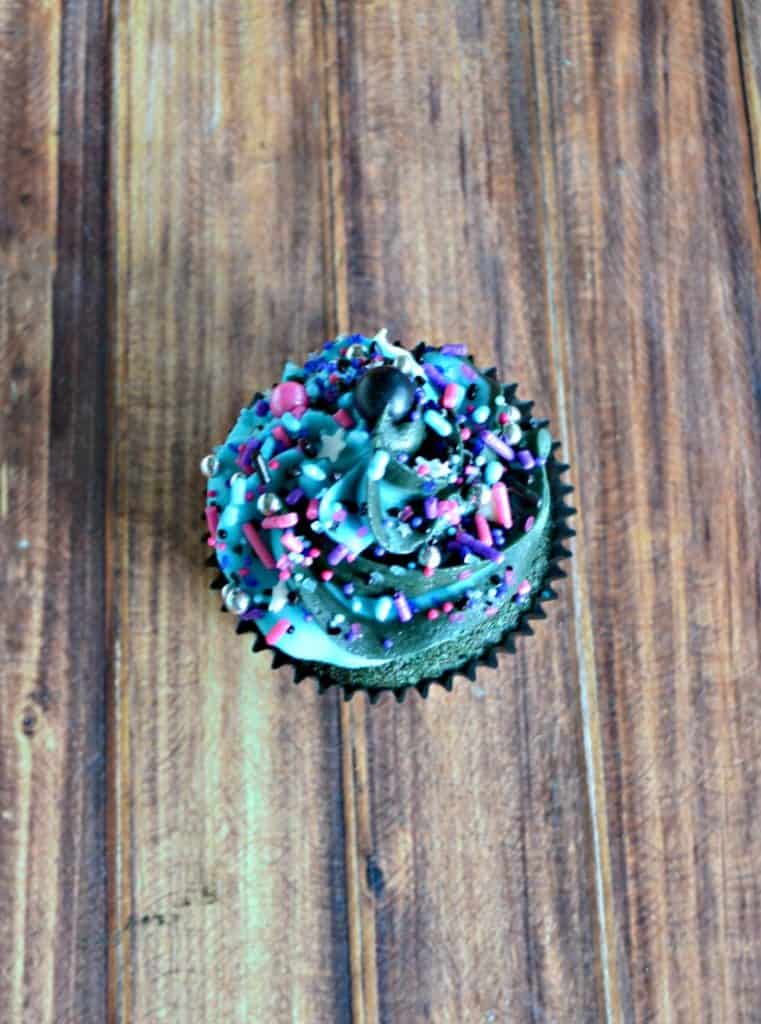 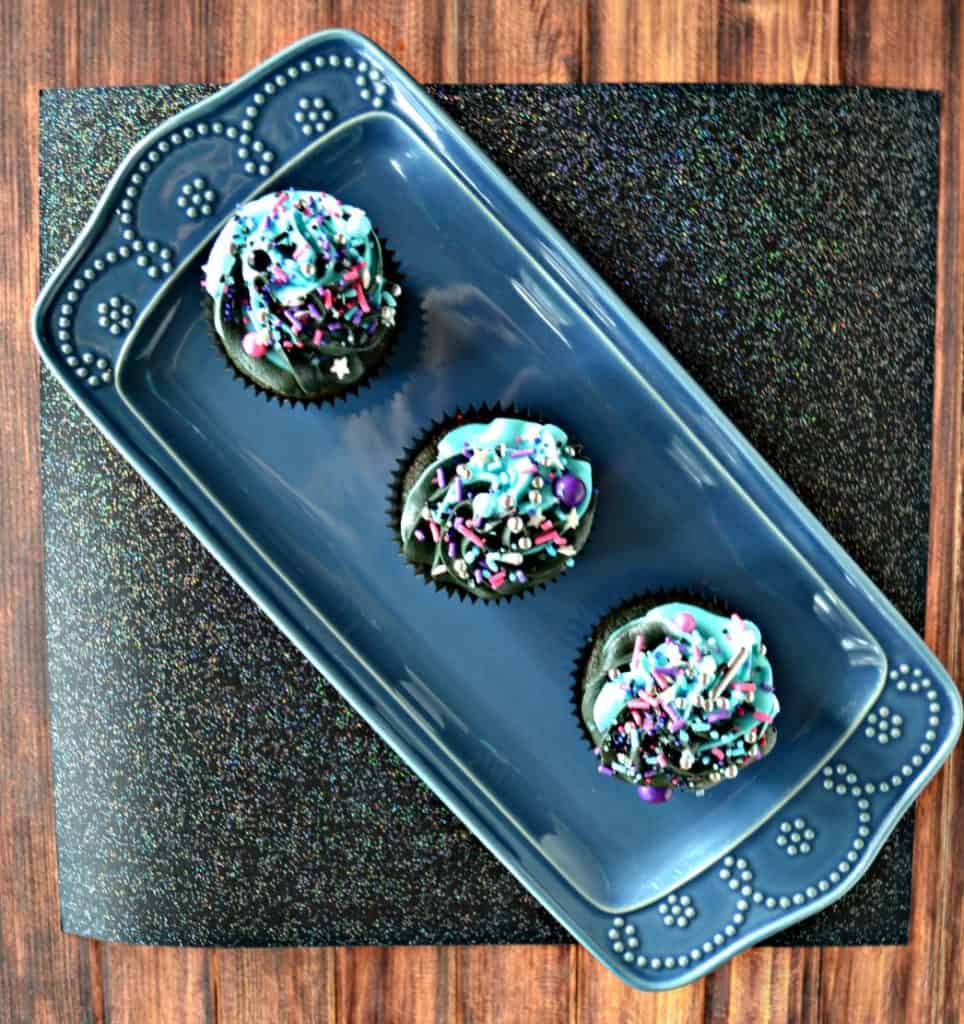