It's almost Halloween!  Halloween is seriously one of my favorite holidays.   I love watching horror movies, going to haunted houses, and being scared silly at this time of year.  One of my favorite parts of Halloween is making fun and scary holiday treats.   I was having book club the week before Halloween so I decided to make it a Halloween book club party with all of my food going with the holiday theme.  While I had several super fun treats, I'm pretty sure I've outdone myself with these Brain Cupcakes with Gallo Family Vineyards Red Moscato Wine Shooters. 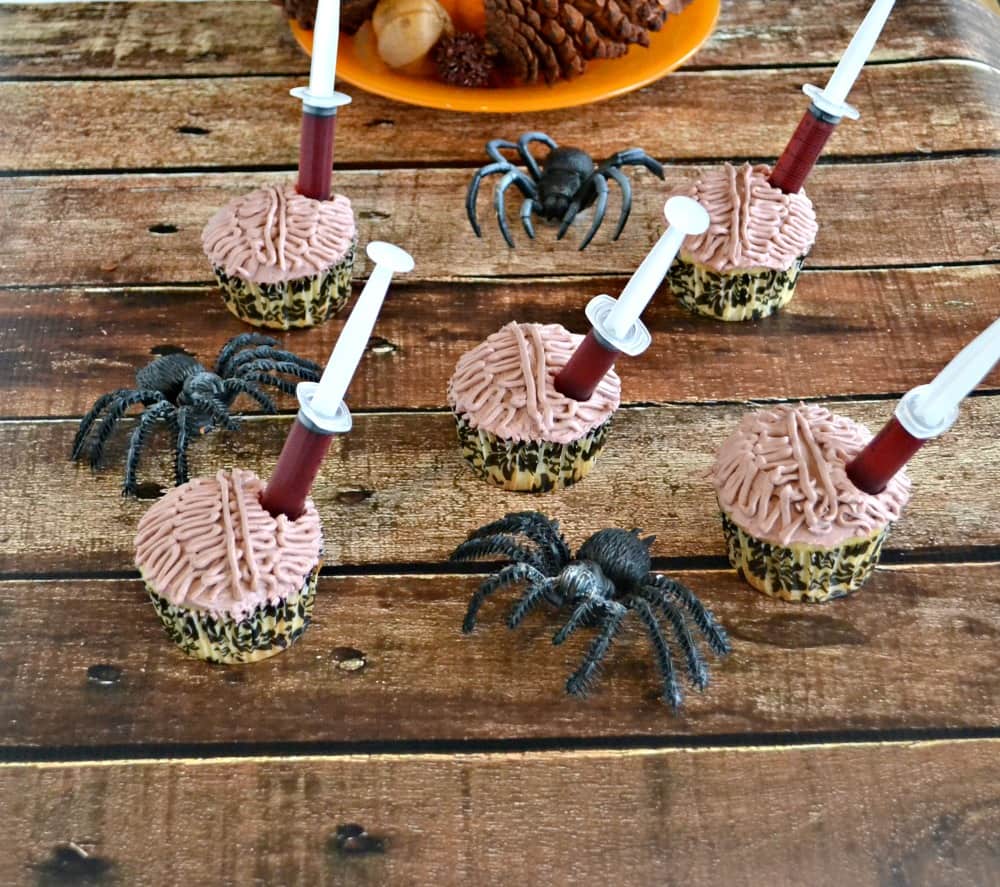 The idea came to me as I was looking through my pantry for something to make.   All of my Halloween cupcake liners, cupcake picks, chocolate melts, and candy eyeballs were staring up at me from the bottom shelf and right above them was a lovely bottle of Gallo Family Vineyards Red Moscato.   I'd been thinking about making brain cupcakes and when I spotted the wine I thought it would be awesome to make a wine shooter in a syringe to go along with my cupcakes. 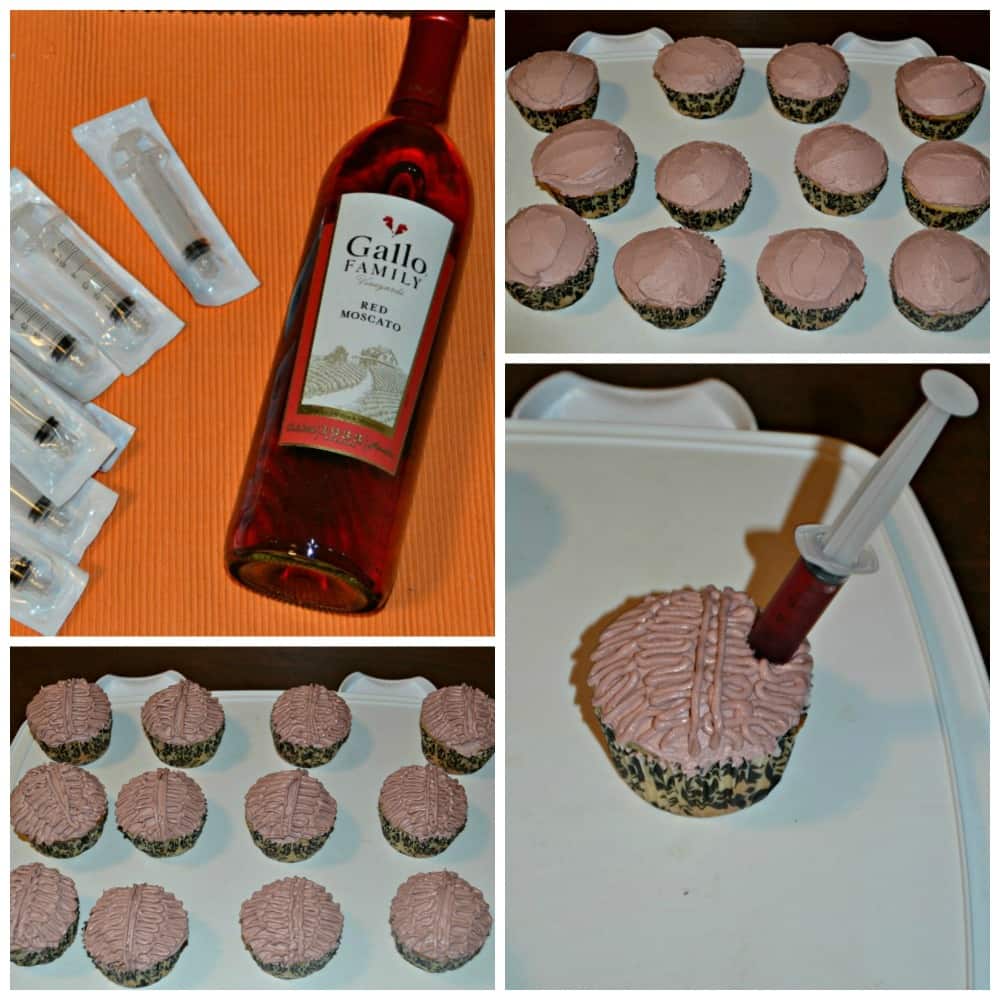 I started with a base of vanilla bean cupcakes.   While I baked them up I worked on my wine shooters.   I mixed the Red Moscato wine with unflavored gelatin and sucked them up into the syringes.   I placed them in the refrigerator to chill while I finished up the cupcakes. Now the hardest part of these cupcakes was making the brain colored frosting.   I looked at several craft stores and could not find any color that would make a good brain.  I finally went with somewhat of a pink, orange, black mix and got a color that good enough.   Making the brains on top of the cupcakes was much easier then I thought it would be. 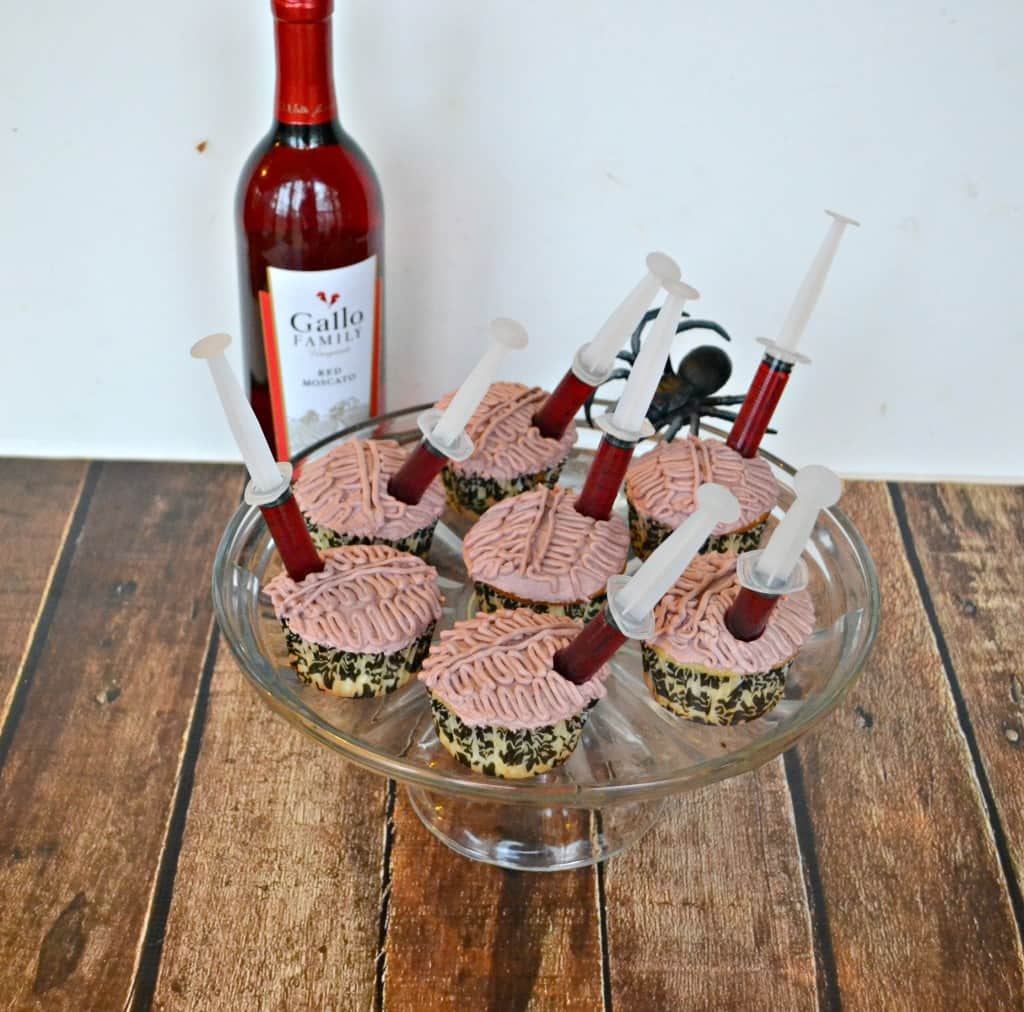 Once they were decorated I carefully took the wine shooters out of the refrigerator.  I placed them sticking out of the brain cupcakes and they looked awesome!   When my guests arrived they absolutely loved the cupcakes.   While some of the ladies had their wine shooters separate from the cupcakes, others plunged the shooter into the cupcake essentially making the brain cupcake "bleed".  We had a lot of fun playing with and eating these cupcakes at book club.  I ended up serving the cupcakes with a glass of Gallo Family Vineyards Merlot which everyone agreed was the perfect accompaniment for the super sweet cupcakes. 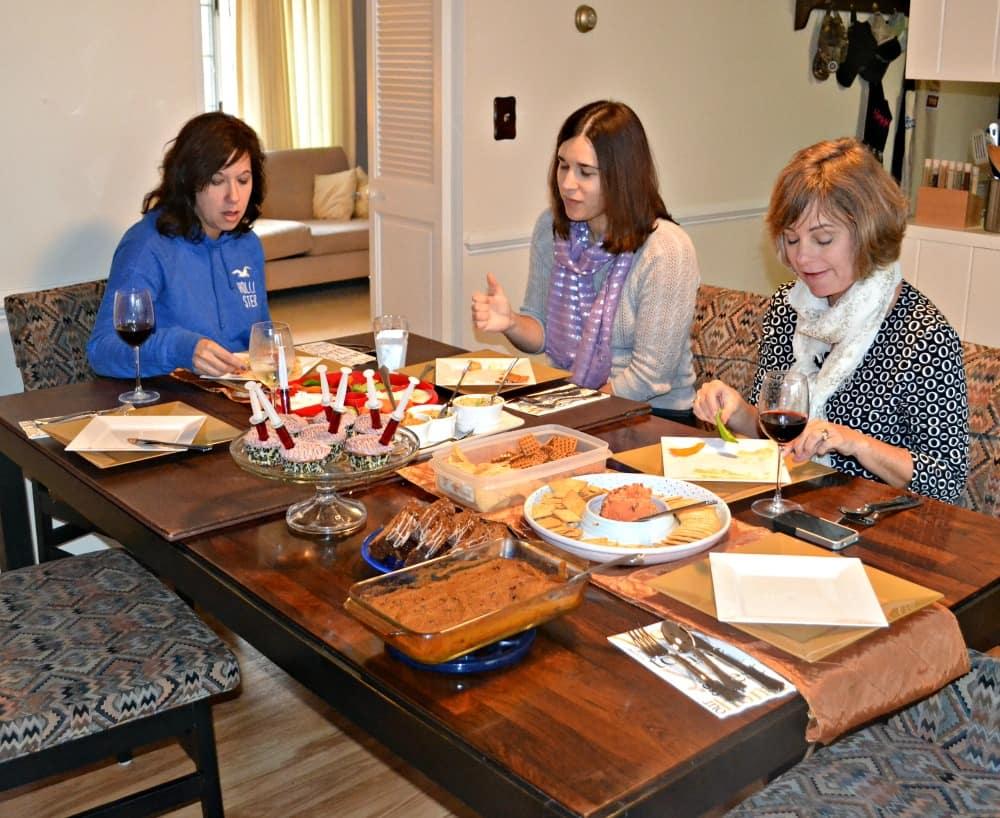 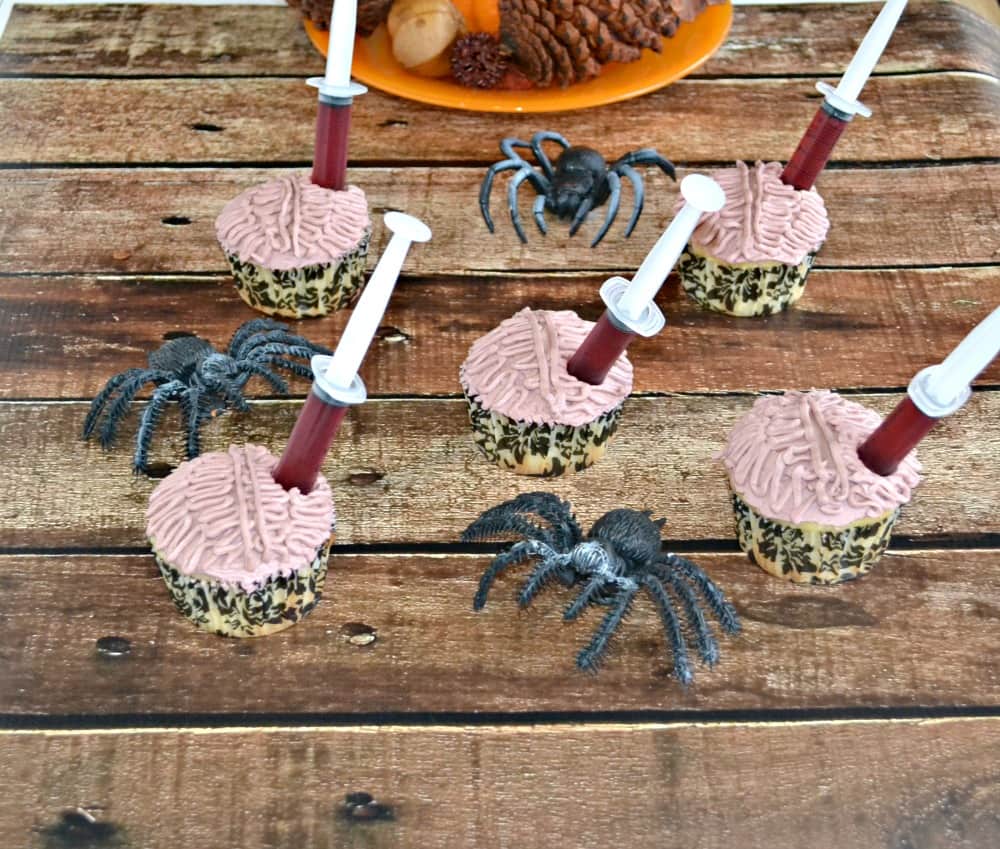