It's funny.  Thanksgiving is quite possibly my favorite foodie holiday because I can't get enough of the turkey, mashed potatoes, stuffing, and gravy.   You would think since I love it so much that I would make this meal several times throughout the year.  You would be wrong in thinking this. 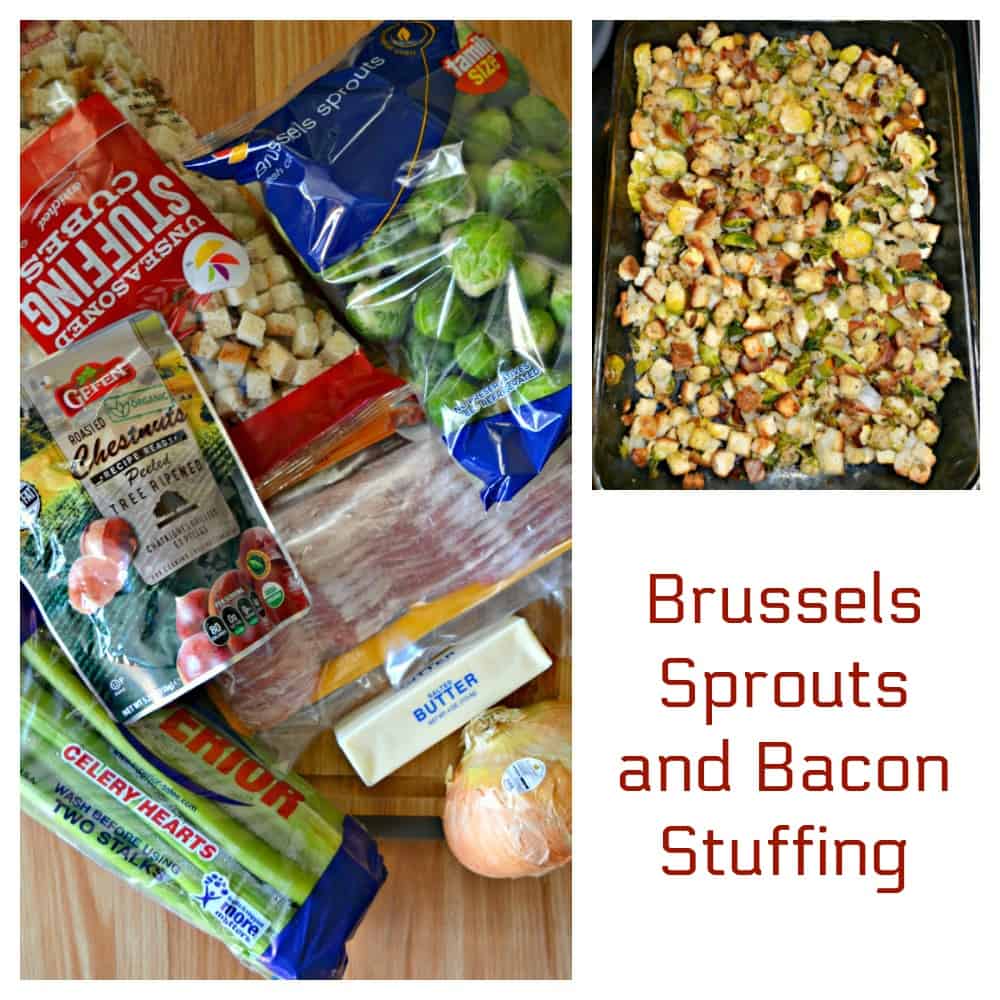 I always have Thanksgiving dinner with my family and take home leftovers to have them the next day as well.  Besides thaat I usually make Thanksgiving dinner one time myself either a month before or after Thanksgiving.  Pretty much it's because I earn a free turkey or turkey breast at my local market, cook that, and when it's gone I don't buy another one until the next year.

Since I only make the meal once a year I have one chance to make an amazing stuffing and mashed potatoes to go along with it.  No pressure or anything. My mom makes an awesome stuffing that she puts in the turkey.  It's super simple but it's great with gravy and I love it.  That's why when I make my own Thanksgiving dinner I like to make something totally the opposite with lots of add ins and spices because it's something different. 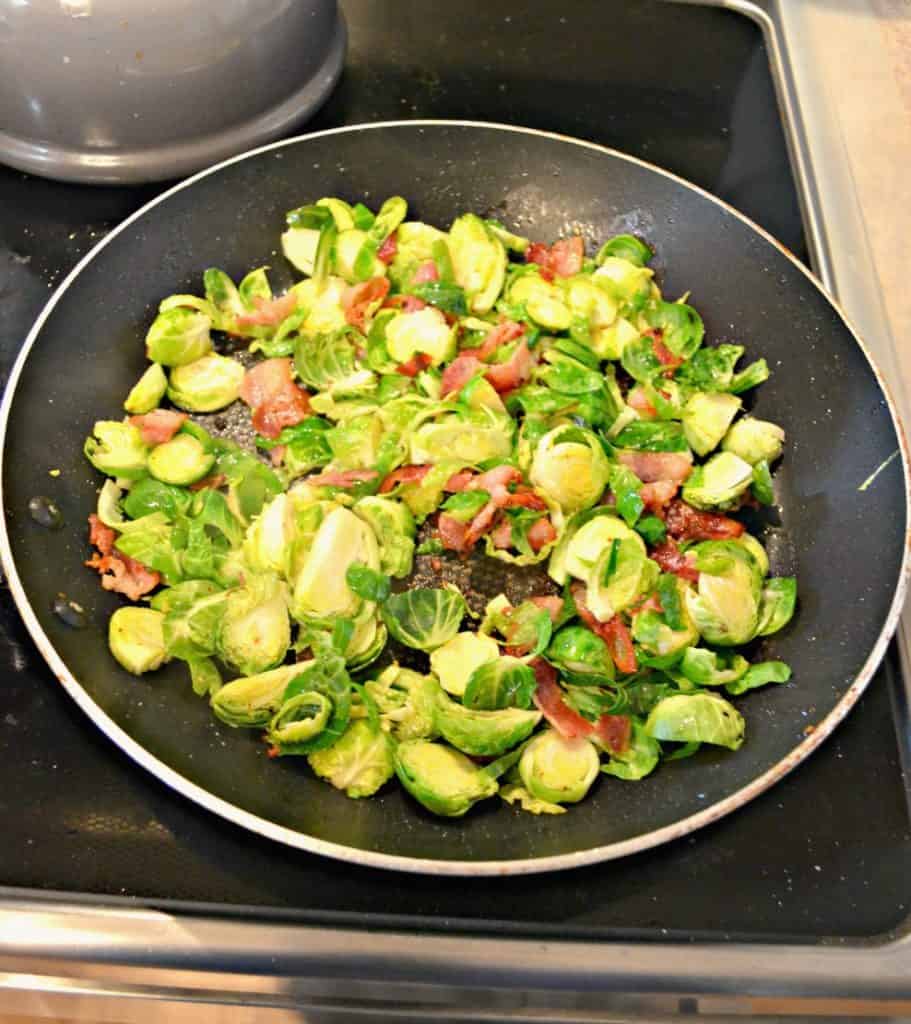 I recently found a recipe for Brussels Sprouts and Bacon Stuffing that has chestnuts in it.   I don't know if you've ever actually had chestnuts but they have a really meaty texture and a slightly sweet flavor.  They are unlike any other nut I've ever tasted. I've only eaten them a handful of times but they are definitely great to add to dishes around the holidays.

The base of this stuffing is a classic stuffing..  It starts with bread, onions, celery, garlic, and eggs.   Then the magic starts to happen. I fried up some bacon until it was browned then tossed in the Brussels Sprouts and cooked them in the bacon fat.  Then comes the spices and chestnuts.  It's simply layers and layers of flavors. 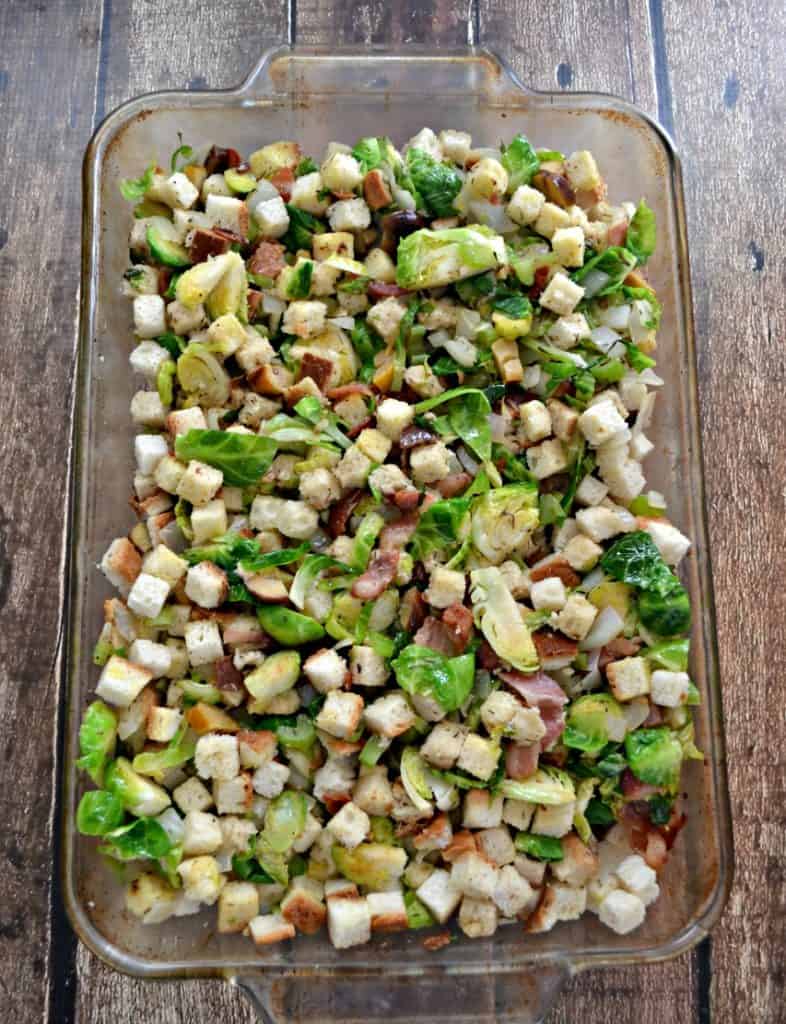 This stuffing has a lot going on but it's really flavorful and delicious.  I like that the Brussels sprouts add extra vegetables while the bacon adds some saltiness and the chestnuts add a meatiness and sweetness to the dish.  The stuffing would be great on Thanksgiving with turkey but it's pretty fancy and would go well as a side dish for a dinner party as well.

I really liked it and it wasn't much harder to make then traditional stuffing so I'll definitely make it again.   While I know it says to use stale bread I totally cheated and bought seasoned bread cubes.  Honestly?  I couldn't really tell the difference and there are so many different flavors in textures in this stuffing the bread really isn't the star. 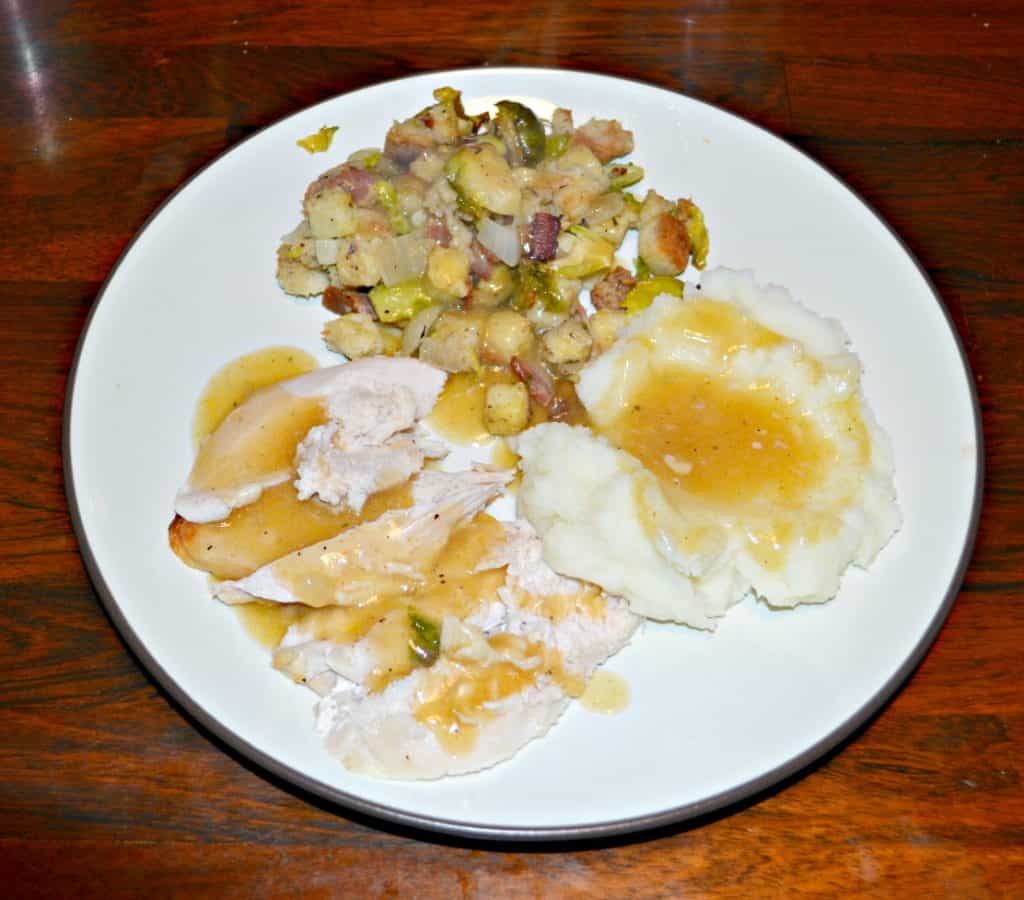