She should have been on her 30th wedding anniversary trip. Instead, Stacie stumbles upon a body where it should not be…an upscale beach on the Mexican Rivera. She also should have been celebrating with the man she has been married to for those 30 years. Instead, she finds out she may not have really known what he did or who he was.
Things happen to her she can’t explain. Who is the mysterious Maria in Italy, why did her husband need secret, hidden rooms, who do the guns belong to, and who was the man she married? Nothing is as it appears…and Stacie keeps finding more surprises the more pieces she uncovers.
From dead bodies to stolen jewels…it just keeps getting worse.  (-synopsis) 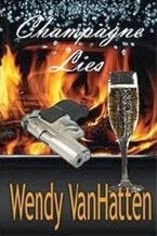 Stacie thinks it is just a normal day as she and her husband Jon are planning a trip for their 30th wedding anniversary.  When he goes out to get champagne her entire world changes.  Suddenly the police are at her door and her husband is dead.  He apparently had a heart attack.

But things are not as they seem.  Stacie meets a man named Tom who aparently knew Jon and says she needs to talk to him.  Stacie then receives a packet of letters from Jon telling her that everything she knew about him was a lie.  She then receives computer codes, phone numbers, and safety deposit box keys.

As she tries to learn more about him she finds herself more confused.  He has a box filled with passports with his photo but false names.  There is another box filled with gold.  In a safety deposit box she finds an expensive necklace that has been missing for decades.

Stacie doesn't know who she can trust or who will tell her what is going on.  She soon finds herself on a trip to Italy to try and find out just who her husband really was and what he was doing with guns, money, and jewelry that she had no knowledge of.

This book is fast paced and there are new details with every page turn.  Stacie is a smart, strong woman who is trying to put together the pieces of her husbands life.  I quickly became angry with the deceased Jon for hiding so many things from his wife and making it difficult for her after his death.

As Stacie tries to make sense of Jon's lies she also needs to keep herself safe.  There are people who are a danger to her but she doesn't know who they are.  Will she figure out who Jon really was or will her pursuit of knowledge lead to her early demise? 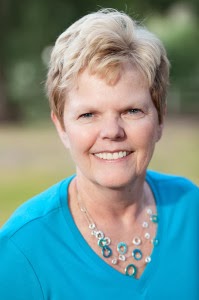 Wendy VanHatten is a published author, Editor of Prime Time Living Magazine, professional editor for authors, and contributing writer in additional magazines. Her children’s books, the Max and Myron series, teach children to read as they learn how to become good citizens with positive character traits. She has taught writing at the college level and travel writing for continuing education workshops.
Currently, she documents travel advice and photos in her blog,  www.travelsandescapes.blogspot.com. More information about Wendy and her books may be found at www.wendyvanhatten.com. Her books are available on Amazon or from her website.