The park - a place where children play, friends sit and gossip and people walk their dogs. But in the shadows, a predator watches, waits - and chooses his first victim. But someone has seen the killer and come forward as a witness - someone who the killer must stop at all costs. For detective Geraldine Steele it is a race against time to find the killer as two more bodies are found. A gripping psychological thriller introducing Geraldine Steel, a woman whose past is threatening to collide with her future.   (-synopsis) 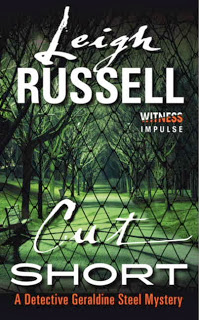 This is the first novel in a new series about Detective Geraldine Steel.  The book opens with the murder of a young girl in the small and quiet town of Woolmarsh.  Dectective Steel has just arrived in the town after a transfer and is on the scene.  The normally quiet town begins to panic when it looks like the murderer may turn out to be a serial killer as more and more people turn up dead.

While we know who the killer is from early on, Dectective Steel does not.   She's out to prove herself and shows herself to be strong yet stubborn when it comes to finding the killer.  She's not out to make friends and doesn't mind stepping on a few toes to get the job done.

There were some slow parts in the book that I didn't think needed to be included but in all it was a decent debut novel about a tough female detective.  I'll be interested in seeing where the author goes with the characters from here. 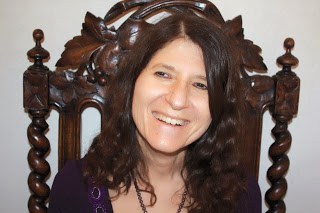 Leigh Russell studied at the University of Kent, gaining a Masters degree in English. For many years a secondary school English teacher, she is a creative writing tutor for adults. She is married, has two daughters, and lives in North West London. Her first novel, Cut Short, was shortlisted for the CWA John Creasey New Blood Dagger Award in 2010. This was followed by Road Closed, Dead End, Death Bed, Stop Dead and Fatal Act, in the Detective Inspector Geraldine Steel series. Cold Sacrifice is the first title in a spin off series featuring Geraldine Steel's sergeant, Ian Peterson.

Connect With the Author: