We like Mexican food a lot.  In fact, I usually cook Mexican food about once a week. Sometimes it's tacos, other times it's a salad, and still other times we have nachos.  One reason I enjoy cooking it so much is because I can use chicken, fish, steak, pork, or even tofu in my Mexican cooking. 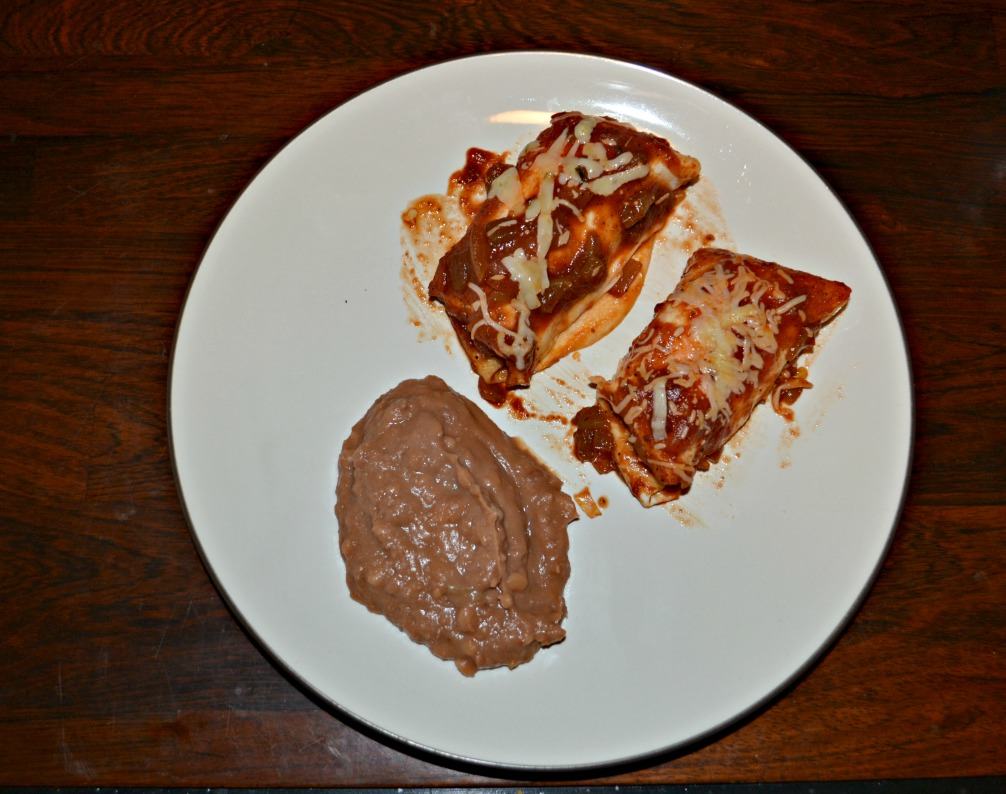 One of our favorite meals are enchiladas.   I don't make them often because they are high in calories and I have to make homemade enchilada sauce because I don't like the ones that come in a can.  It's really not hard to make but it's an extra step which is sometimes too much for a weeknight meal.

I've found that this recipe is great to make ahead and then put together on a weeknight.   The enchilada sauce can be made up to 2 days ahead of time and the chicken can be cooked and shredded a few days in advance as well.  Because of the preparation that can be done ahead of time it makes these enchiladas a great weekday meal. 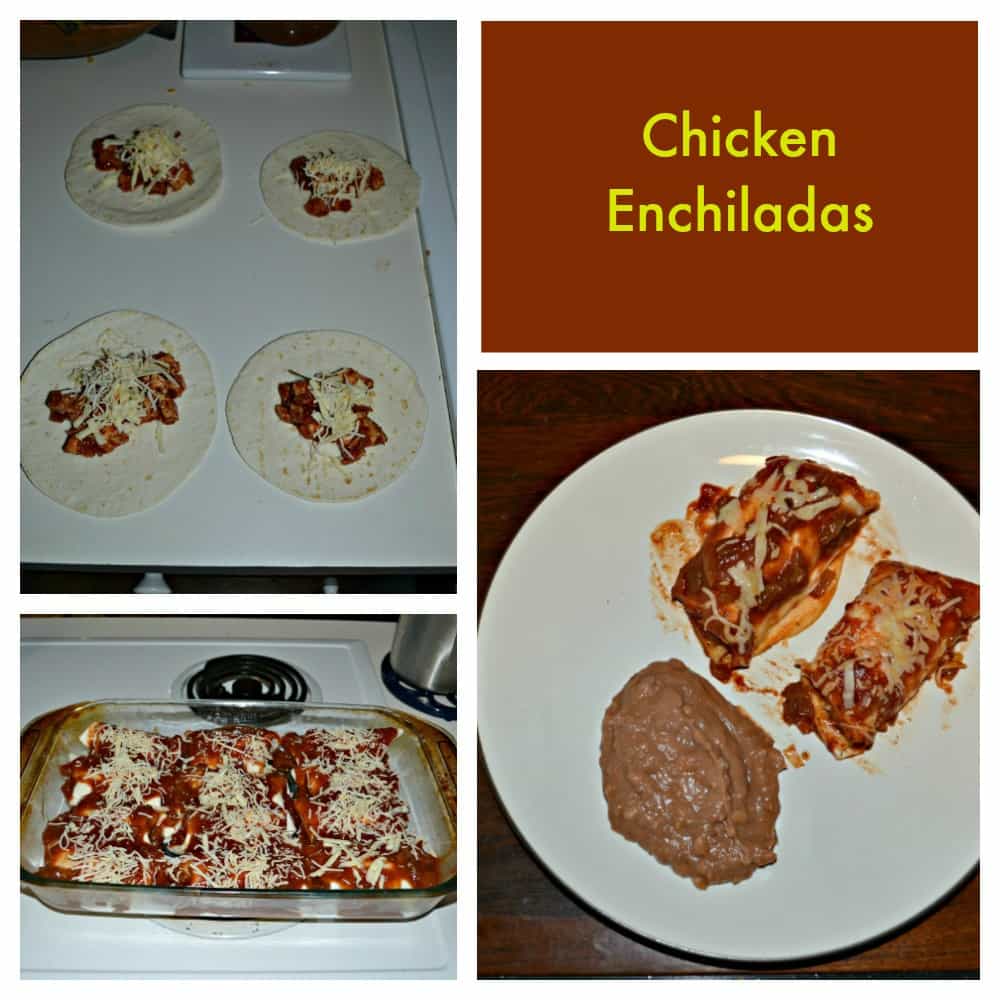 The enchilada sauce in this recipe is smokey and spicy.  I like the hint of smokiness from the chipotles and the added spice from the green chilies.  The filling is just chicken and cheese.   I originally was going to add black beans but when I looked for them I didn't have any.   So while I didn't use them I think they would be really good in these enchiladas. 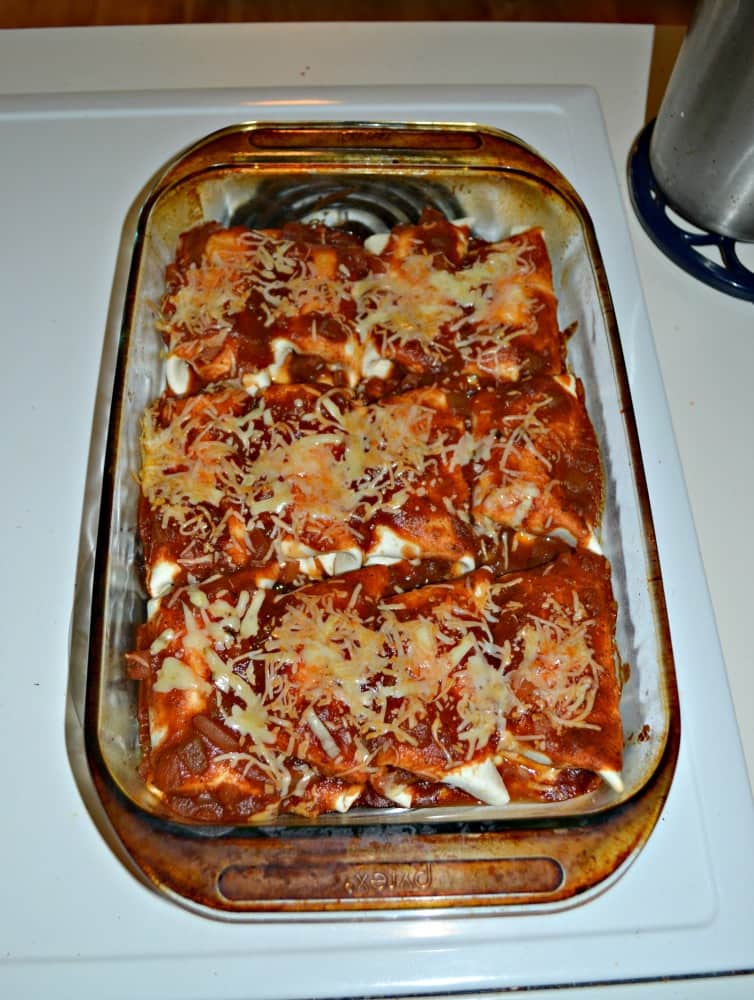 Putting the enchiladas together is the easy part.  I used small flour tortillas, added in the chicken and cheese, then rolled them up.  I put them in a pan and poured the homemade enchilada sauce over top.  Then I added a bit of cheese and baked.  When they came out of the oven we topped them with sour cream and cilantro.  They were smokey, spicy, but then cooled off by the sour cream.   These enchiladas were really tasty and a great make ahead weeknight meal. 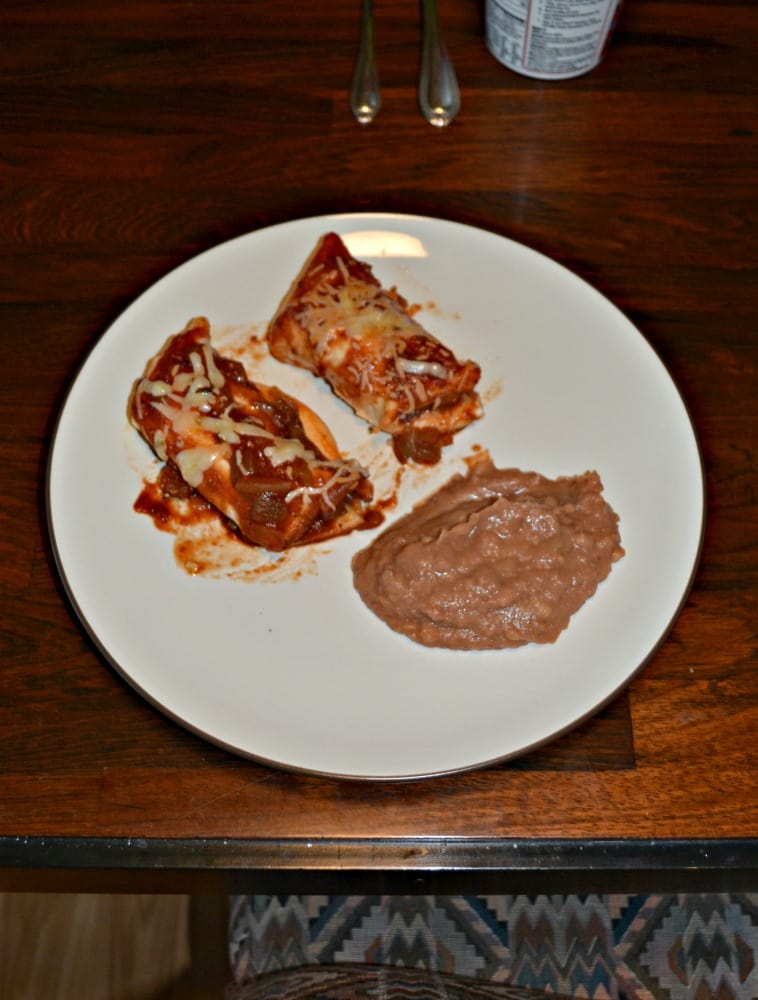