222 shares
I couldn't wait to open up my Thanksgiving Cooking Light issue.  I'm always looking forward to trying new twists on the classics.  As usual, I wasn't disappointed.  The first recipe I knew I had to make was the cornbread, chorizo, and jalapeno stuffing.  I sent my brother a text asking him how he thought it sounded for Thanksgiving.  His reply was, "It sounds pretty freaking awesome." 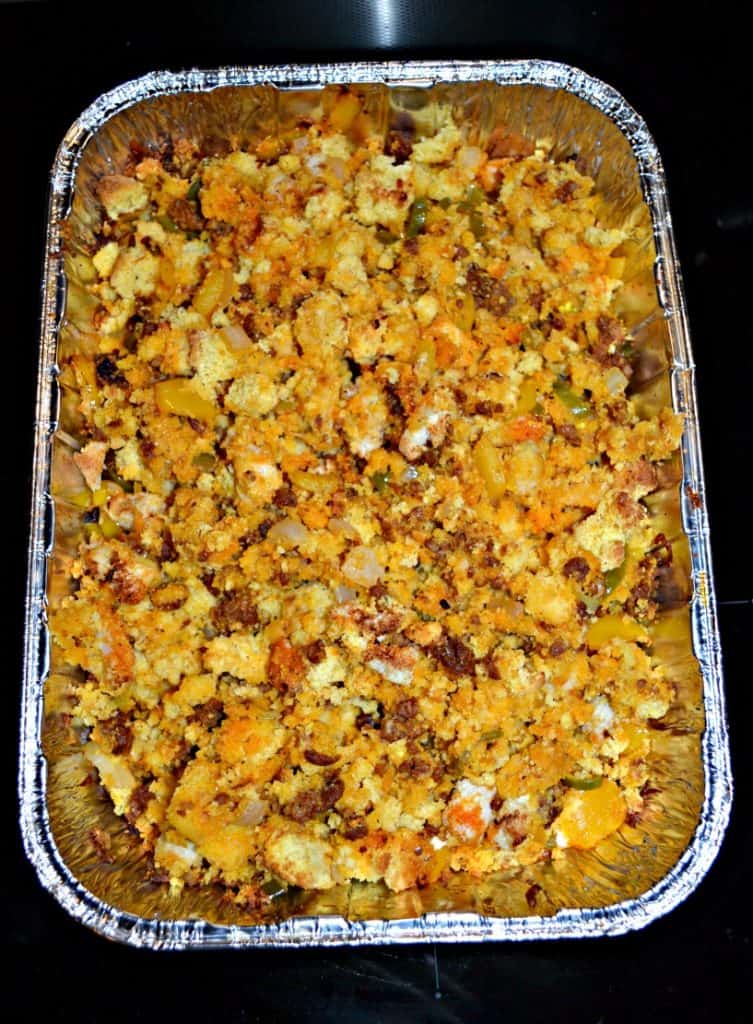 That response is exactly how it tasted.  I did a trial run of the stuffing for my husband and I and it was amazing.  I may never make regular stuffing again.  The main portion of the stuffing is the cornbread but it really gets a spicy and salty flavor from the chorizo and and extra kick from the jalapenos.  It was like a party in my mouth and the colors were absolutely gorgeous.  I liked how the top was crispy and brown but the rest of the stuffing was just slightly moist and delicious.  I can't wait to take this to Thanksgiving dinner! 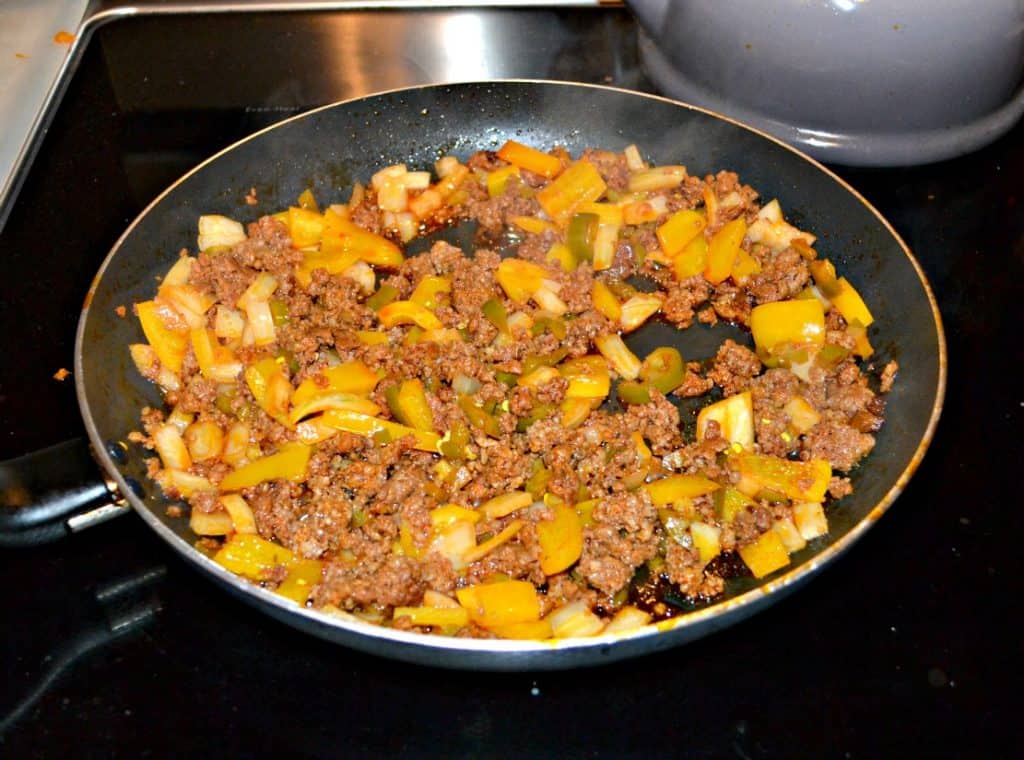 **Updated 12/6/18****
I've made this stuffing several times and have brought it to Thanksgiving.   It's been a huge hit every time.  I love that spiciness of the jalapenos and chorizo and the fact that the cornbread tones down the heat.  It's a great alternative to traditional stuffing and something that can be paired with foods other than turkey. 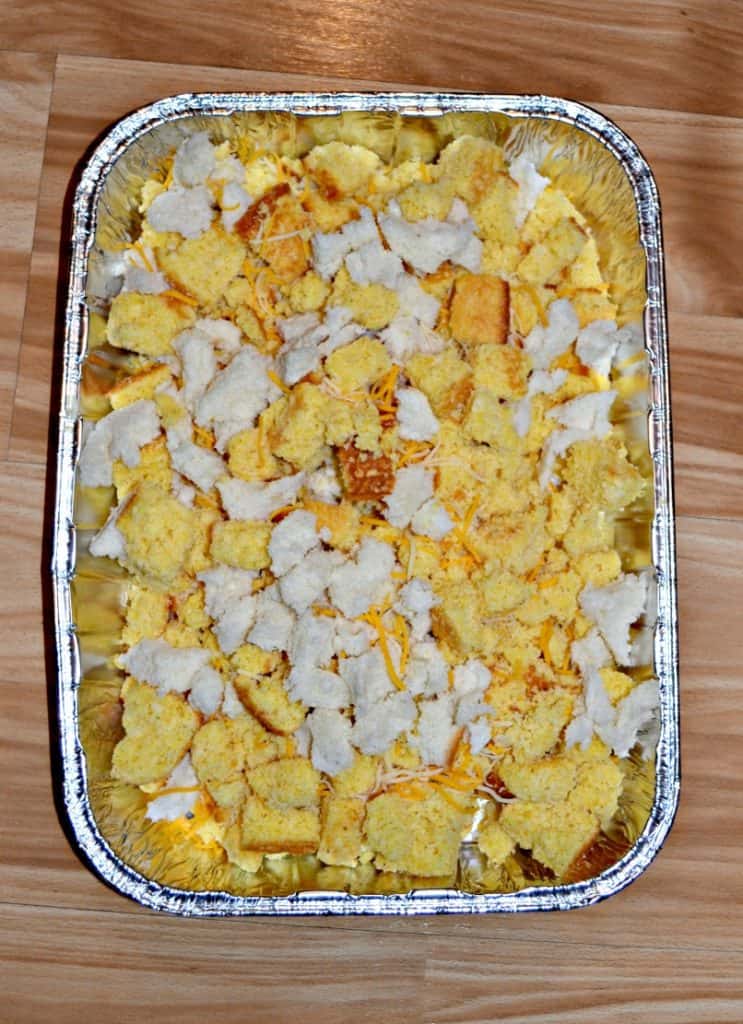 1. Make the cornbread according to the directions on the box, adding ½ cup cheese to the batter. Allow muffins to cool and then crumble into a large mixing bowl.
2. Preheat the oven to 350 degrees. Spray a 13 x 9 pan with cooking spray.

3. Heat a large skillet over medium high heat. Add the olive oil to the pan. Add in chorizo and sauté for 2 minutes. Add the jalapeño, bell peppers, garlic powder, salt, and green onions. Cook for 3 minutes.

4. Remove the skillet from the heat and pour the contents into the crumbled cornbread. Stir in the French bread, egg whites, and broth. Stir until the bread is moist.
5. Spoon the cornbread stuffing into the baking pan. Bake for 45 minutes or until lightly browned. Serve with lime wedges. 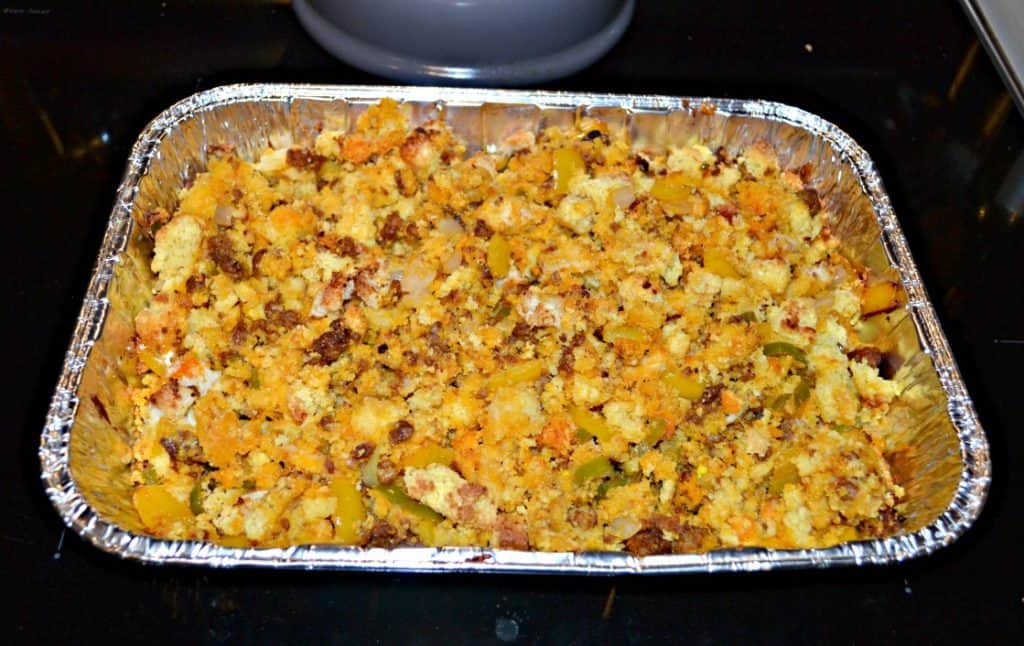