This post is sponsored by Barleans but all opinions are 100% my own.

Have you ever had Puppy Chow or Muddy Buddies before?  Basically it's a snack made from cereal, melted chocolate, some type of nut butter, and powdered sugar.   I've seen it made with all different colors using candy melts in place of the chocolate.  I've made a few versions myself. 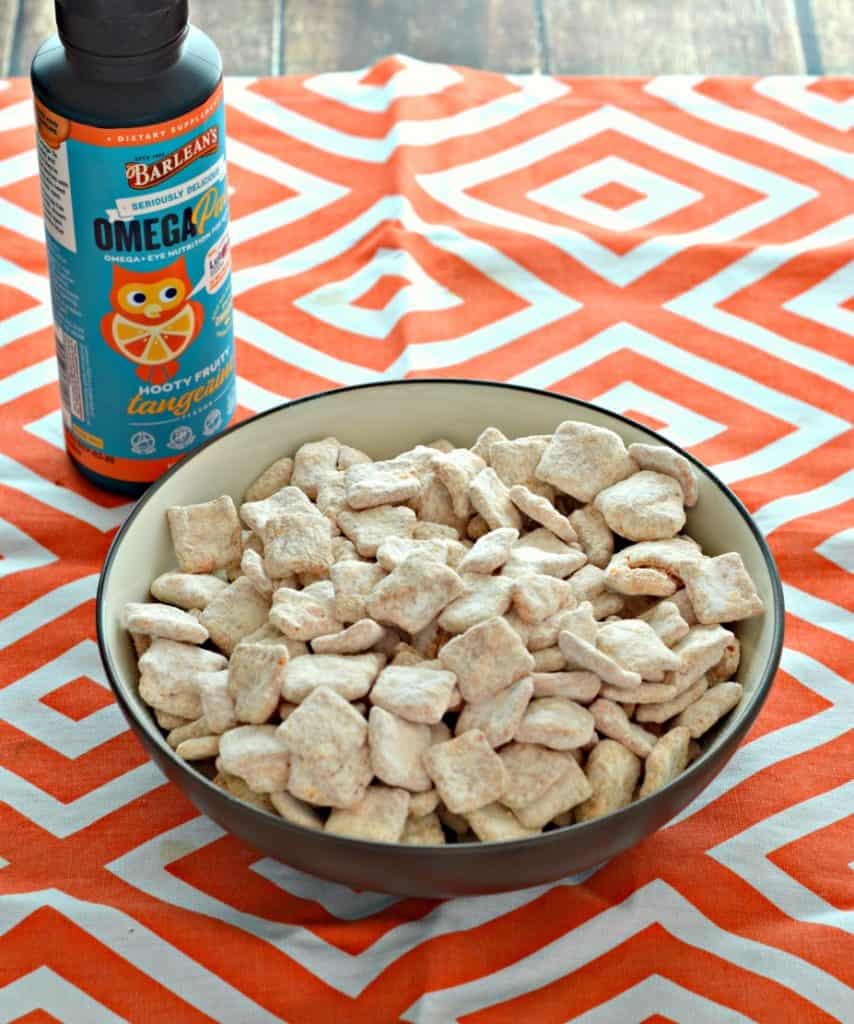 This Creamsicle Puppy Chow is a nut free version that is packed with Omega-3s.  I used Barleans Omega Pals which are flavored fish oil or flax seed oil safe for kids aged 1 year and up.  Omega Pals contain no artificial colors or flavors, are gluten free, sugar free, and dairy free as well.  They are great added to yogurt, smoothies, granola bars and more!

In my case I decided to add Barleans Hooty Fruity Tangerine Fish Oil + Eye Nutrition to add important Omega-3s to a fun kids snack and also to give it some flavor.   I also added in a bit of vanilla flavor to make this puppy chow Creamsicle flavored.  I thought kids would really like that.

Puppy chow is super easy to make.  Traditionally it is made with rice cereal or corn cereal.  You can also use honey graham cereal or cinnamon cereal.  With this creamsicle version I used vanilla flavored orange colored candy melts.   They went perfectly with the flavor I was going for.

I had to really think about how to add the Omega Pals since chocolate and candy melts seize up when things are added to them.  What I ended up doing was melting a little butter, mixing it with the Omega Pals, then tossing the cereal with that first.  Then I tossed the cereal with the vanilla candy coating and placed it in a bag with powdered sugar. 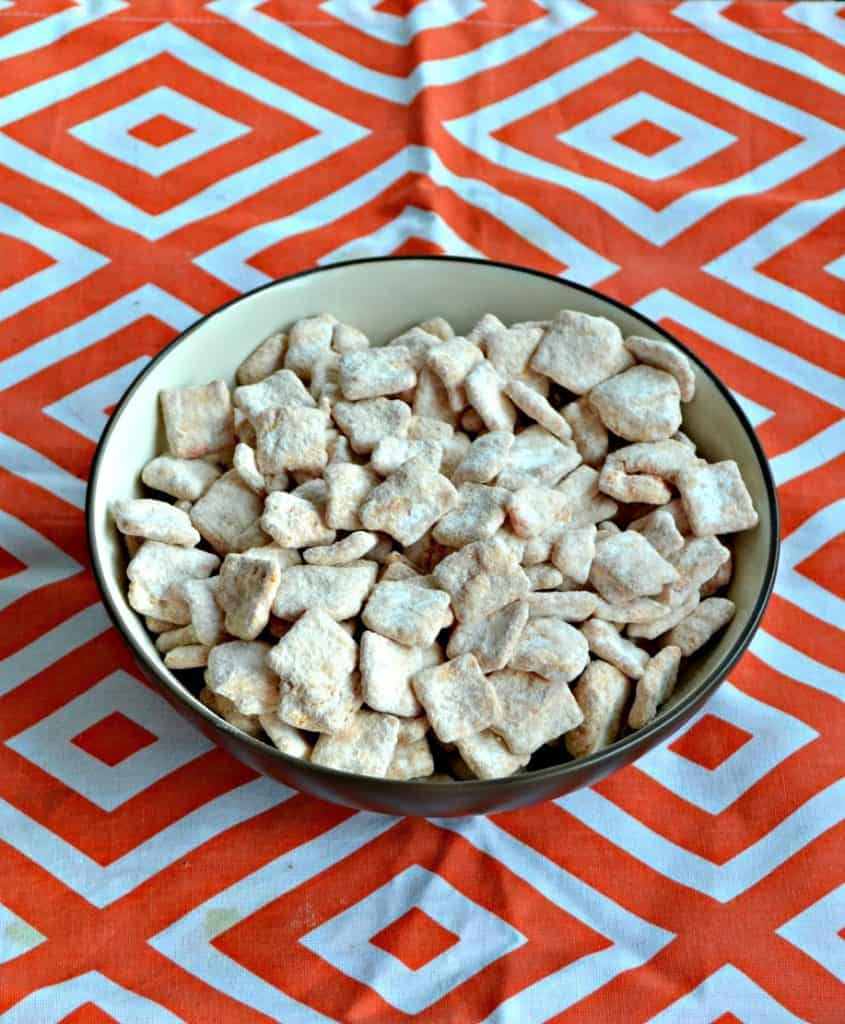 The resulting snack is sweet and flavorful.  I like that you can really taste the creamsicle flavor.  I also like that it tastes great and your kids are secretly getting extra Omega-3s!  How awesome is that?  You can simply change up the flavor of this puppy chow by adding different flavors of Omega Pals. 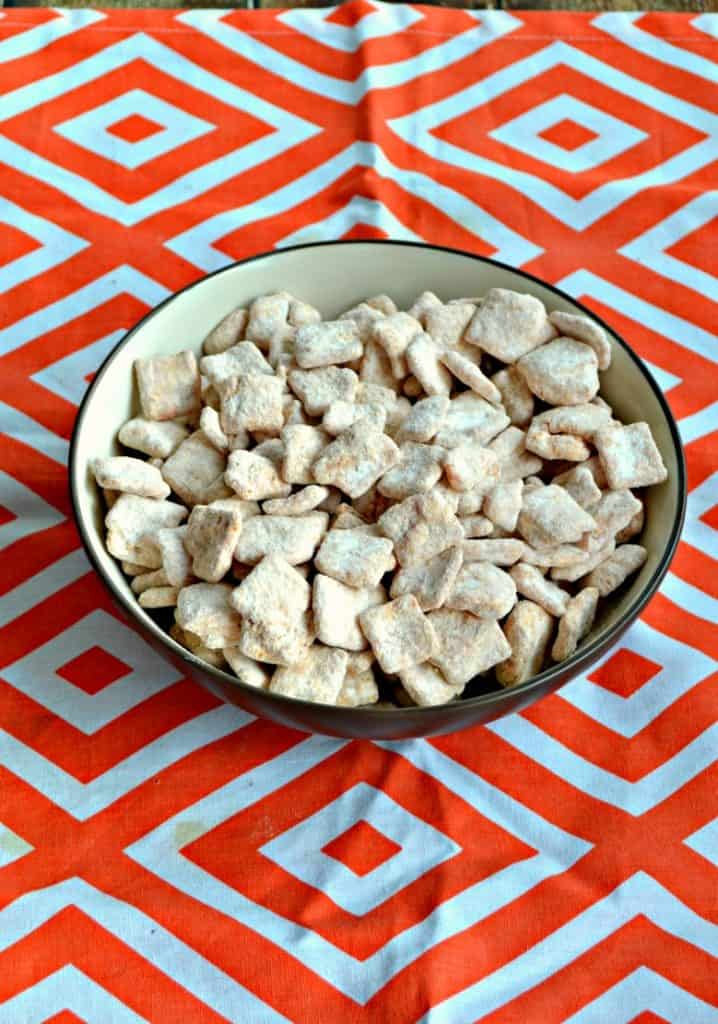