Did you read this title and immediately begin to drool?   When I first saw this recipe I thought I was reading it wrong.   I mean, bacon in my granola?   It sounded interesting at first but the more I thought about it the better it sounded.   Sweet granola with salty bacon?  Yes please! 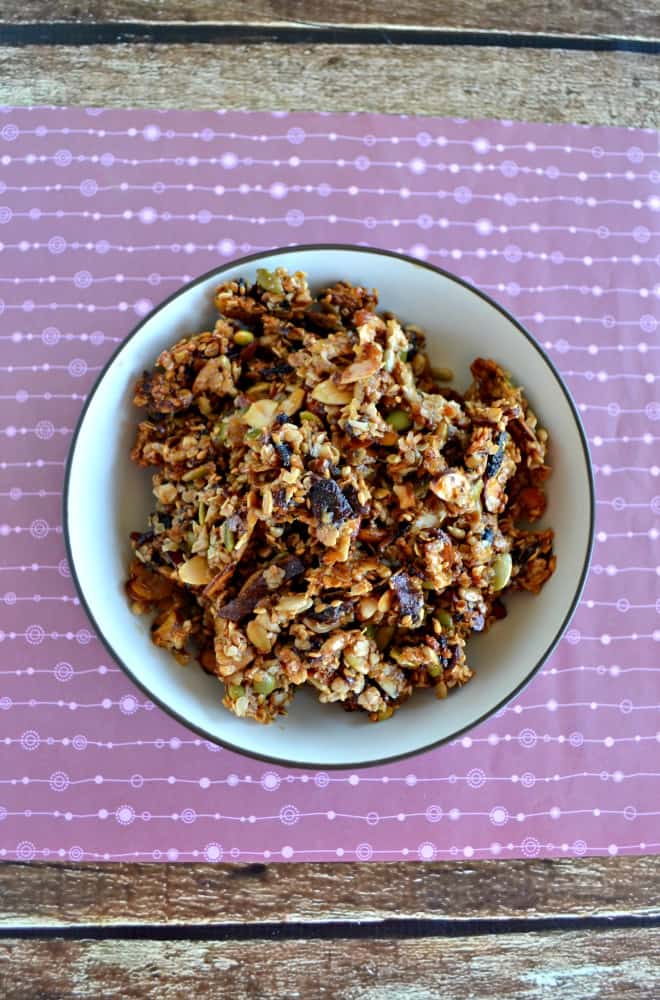 I make granola a few times a month because we like to put it on our yogurt.  While I like yogurt on its own, it is just better with granola.    My main granola recipe consists of oats, flax seed, nuts, cinnamon, honey, and salt.  Sometimes I add craisins or raisins and other times I leave out the fruit.  It all depends on the day. 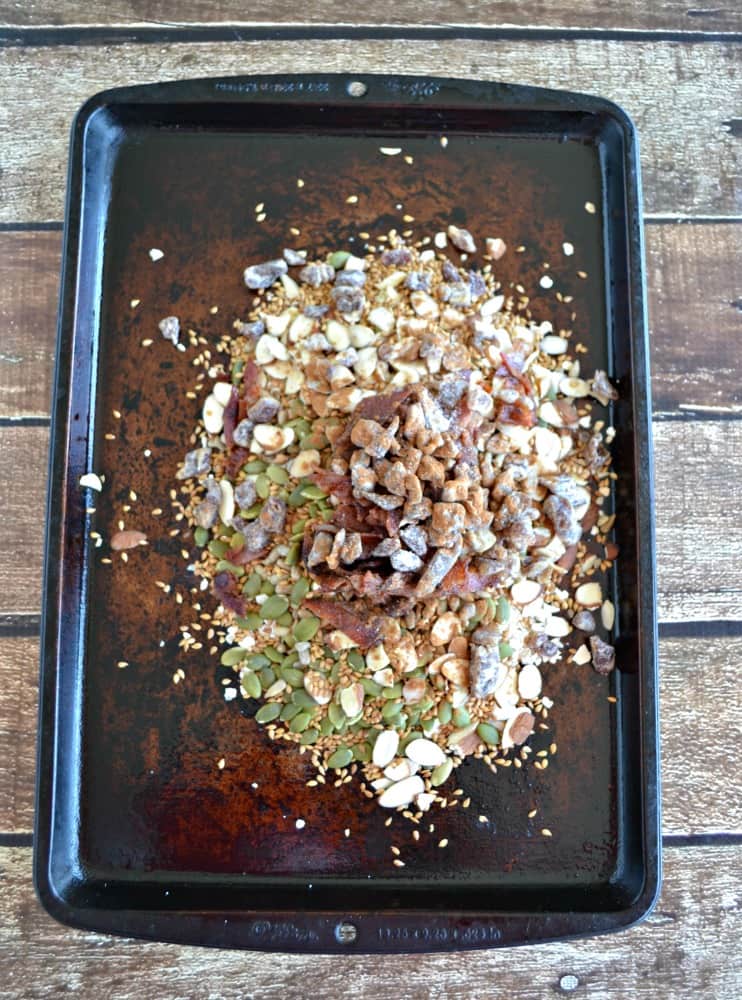 With this recipe I started with my basic recipe and then added in pepitas (pumpkin seeds) and sunflower seeds.  It also called for dates and since I had a bag in the pantry I used them.  To be honest, I've made 2 batches one with the dates and one without and they are really similar so I'd say use them if you have them and if you don't, don't worry about it. 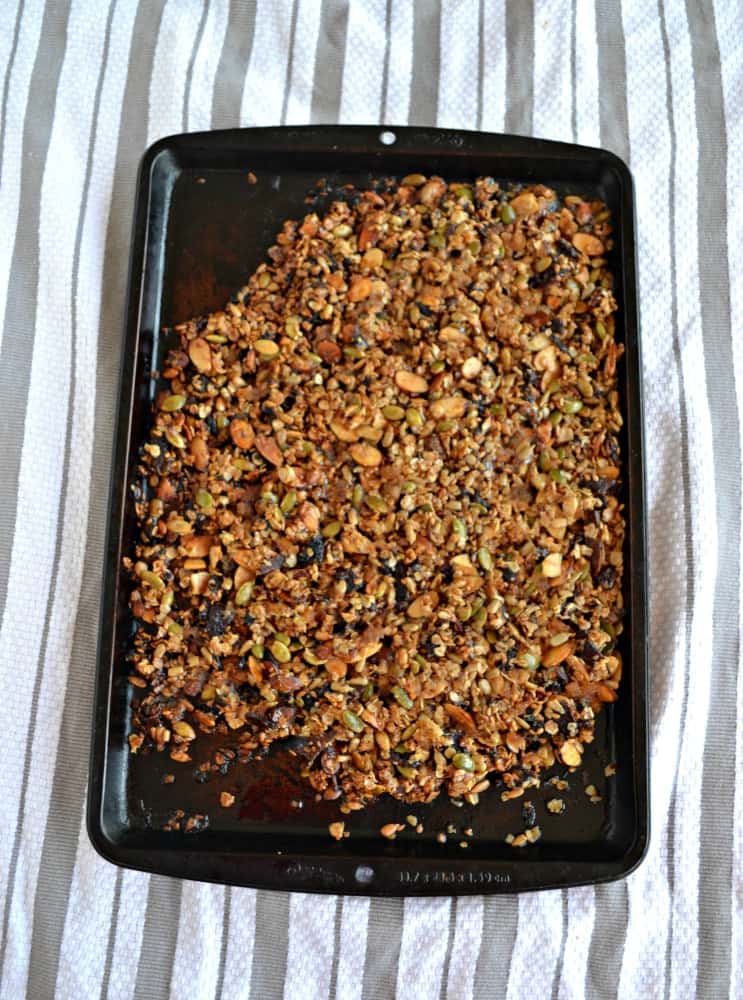 The best part of this recipe is the bacon.  Not only did I put the bacon in the granola but I used a bit of the bacon grease as well.  It gave the granola such an amazing flavor.  It was different then any granola I've had but the sweet and salty combination was awesome. 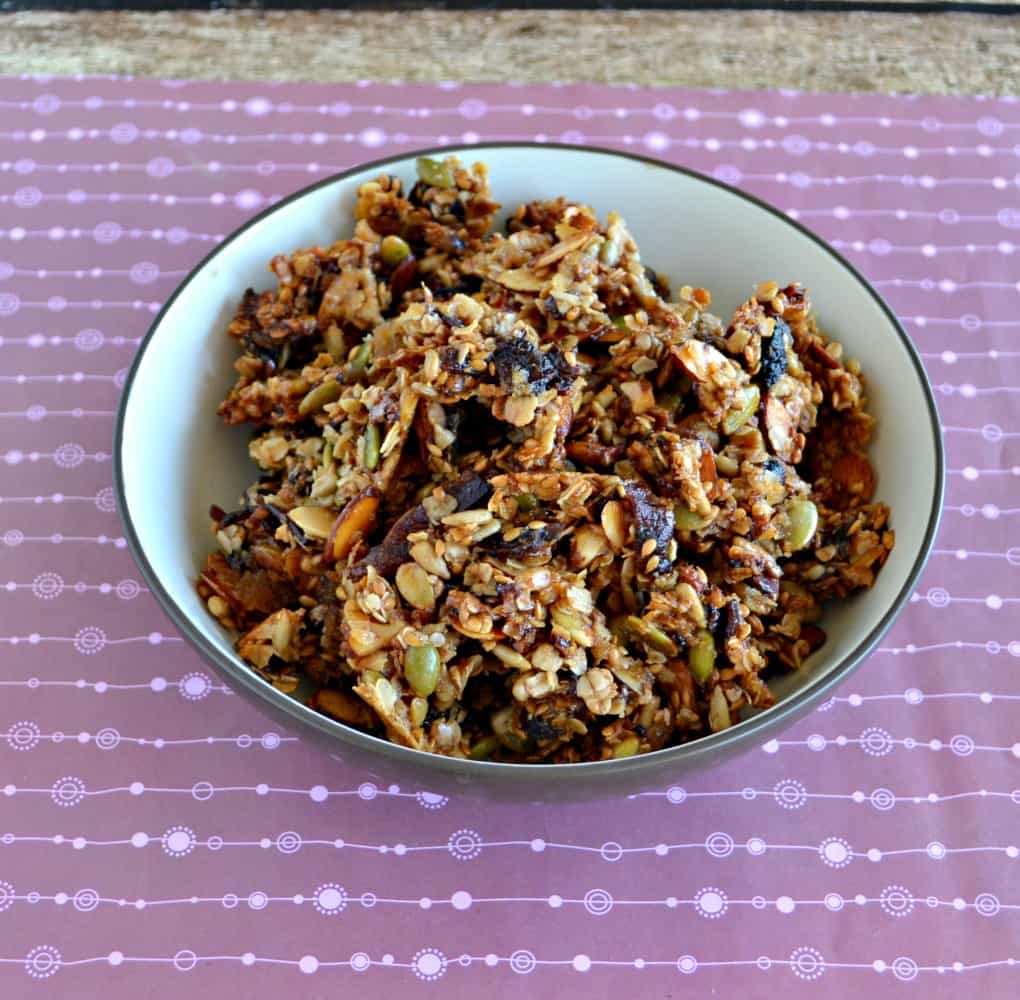 My husband and I put it on our granola but we also just ate it as a snack.  It was that good!   Give it a try and let me know what you think of it. 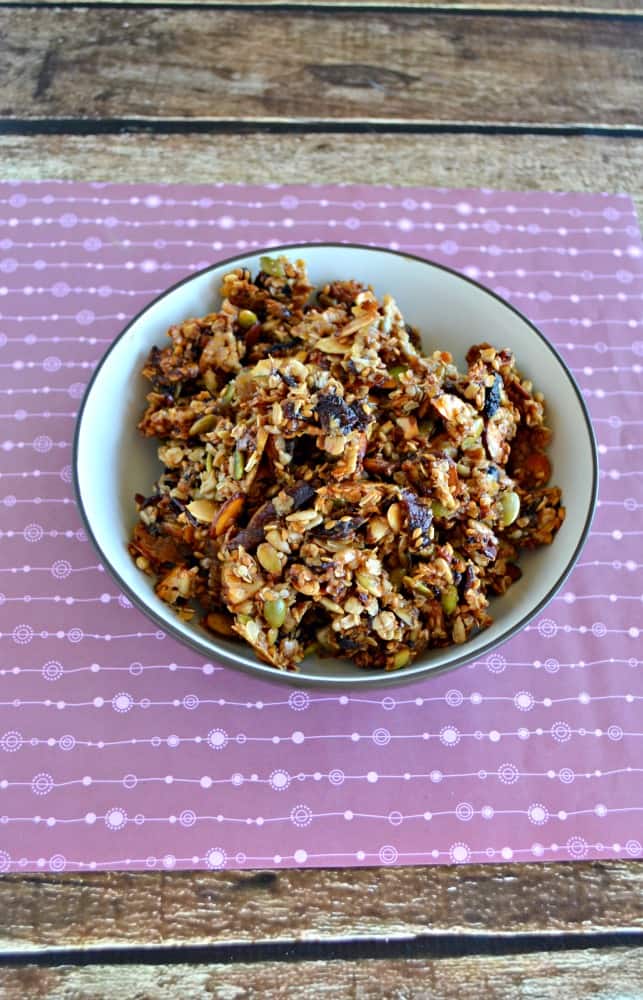