Denying the past proves deadly for BK Hartshaw and Trevor Mayhew in this gripping noir novel where nothing is as it seems. BK is a rising star at a public relations firm, and tonight's charity ball should be a high point in her career. But a closely guarded secret threatens to destroy her chance for happiness with the only man she's ever loved... a man who is also hiding a deadly secret. Trevor has tried to put the past behind him, pretending it never happened. But the conniving father he's been running from for years has finally found him-and is determined to settle the score once and for all. BK and Trevor's deeply buried secrets are about to catch up with them-and everyone they know and love. Who will pay the ultimate price for their dangerous denials? "The sins of the parents are visited upon their children in this entertaining thriller. BK's (short for Beatrice Karen) and Trevor's lives collide when a charity ball erupts into violence. Tightly plotted suspenseful moments and a deftly-executed plot twist combine to keep readers holding onto this novel until the wee hours. (-synopsis) 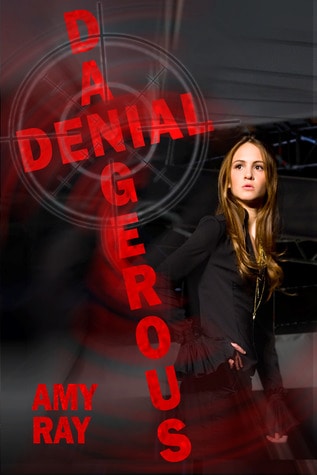 The book starts with present day.  A man with a gun and several people looking right at it.   The book immediately flashes to the past.  There we meet Lenny, a teenager who knows what he wants and will do anything he can to get it.  What he wants is popular Gail and after twisting the truth to a few select people he is able to get her.   Nine months later the two are married with a baby.

Fast forward 7 or 8 years and Lenny and Gail are living in a small home with a young boy, Trevor.   Lenny can't stand the sight of Trevor and often beats the boy.  Gail tries to protect him the best she can but often she's not able too.   Gail also has a secret that she hasn't been able to tell anyone.

BK is a young girl living with her sister and single mother.  Things are rough but they have enough food to eat and a place to live.   When her mother manages to catch herself a man at the country club everything changes.   BK and her mother move in with the rich Stanley and BK is promptly sent off to boarding school for four year.   There she learns more then she ever learned at home.

This story jumps back and forth between different time periods and different characters.   There is a lot of information to take in and since the book jumps so much at times it's hard to follow how old the characters are.   The characters are very well developed though and the reader learns a lot about their lives.

What will happen at that fateful charity ball?   Will Trevor and BK survive or will they become casualties of their parents secrets?  This book is a real thriller that makes you want to keep reading to learn what happened all those years ago and what is missing from the earlier snippets.

I did enjoy the book and found myself wanting to read more.  The only problem I had was all the jumping around in the story became confusing at times. This is a great book for any thriller/suspense lovers.