I don't eat a lot of fish.   In fact, I've only started eating it in recent years.   Fish was never my thing growing up which is a shame because it's one of my dad's favorite foods and he used to take us fishing.  I would never eat what we caught. 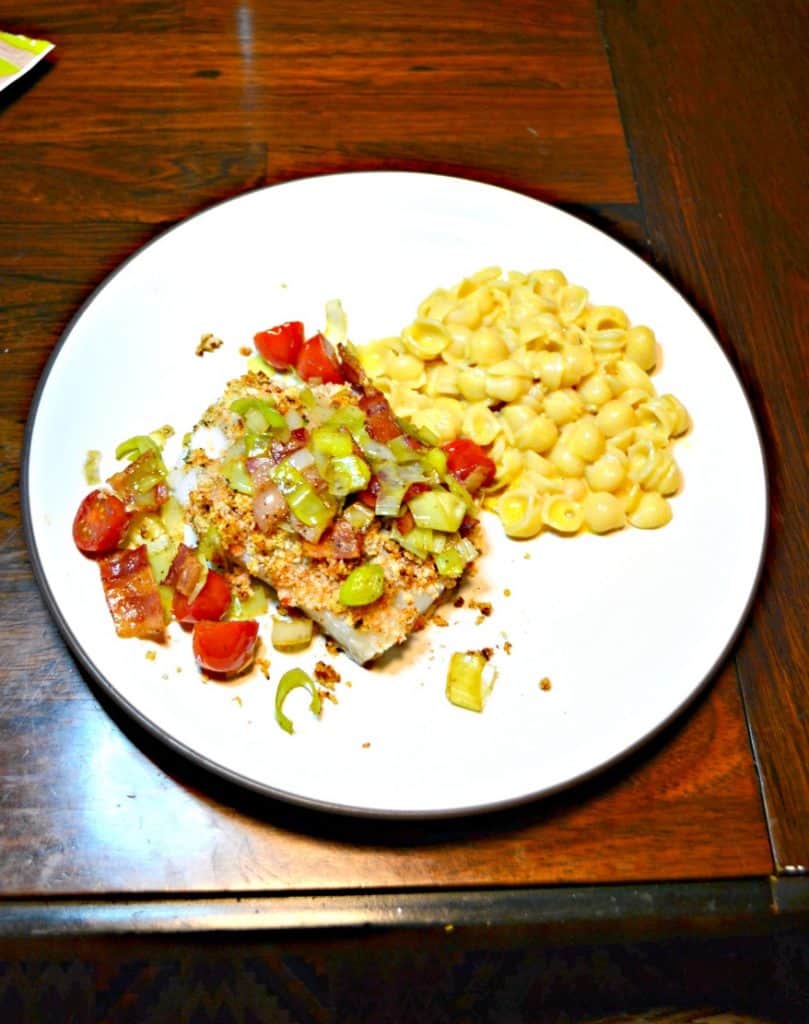 As an adult I started out eating fried fish.  There's nothing wrong with fried fish, in fact it's still my favorite way to eat it.  The problem is that it's really messy to make and that it makes the fish less than healthy.   So I've been on the hunt to find fish recipes that are flavorful and better for me.

I found a recipe for Deviled Breadcrumb Fish with Bacon, Leeks, and Tomatoes.   While I knew that the bacon would add some fat to the fish, I figured this was going to be much better for me than fried fish.  The combination of bacon, leeks, and tomatoes intrigued me so I went for it. 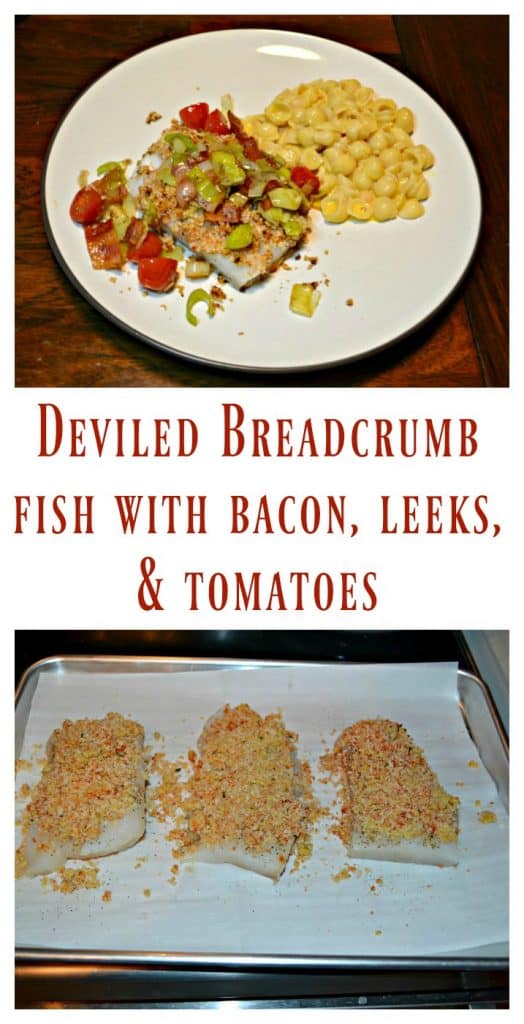 I used cod for this recipe but after eating it I wish I had used a meatier fish like halibut.  This was an easy dish to make.  I simply mixed together everything for the breadcrumbs and topped the fish with them.  Then the fish is baked in the oven until it's cooked through.

The bacon, leeks, and tomatoes are cooked on the stove top.  Then when the fish comes out they are poured over top.  The resulting fish looked really great.  There were pops of color and the breadcrumbs were browned. 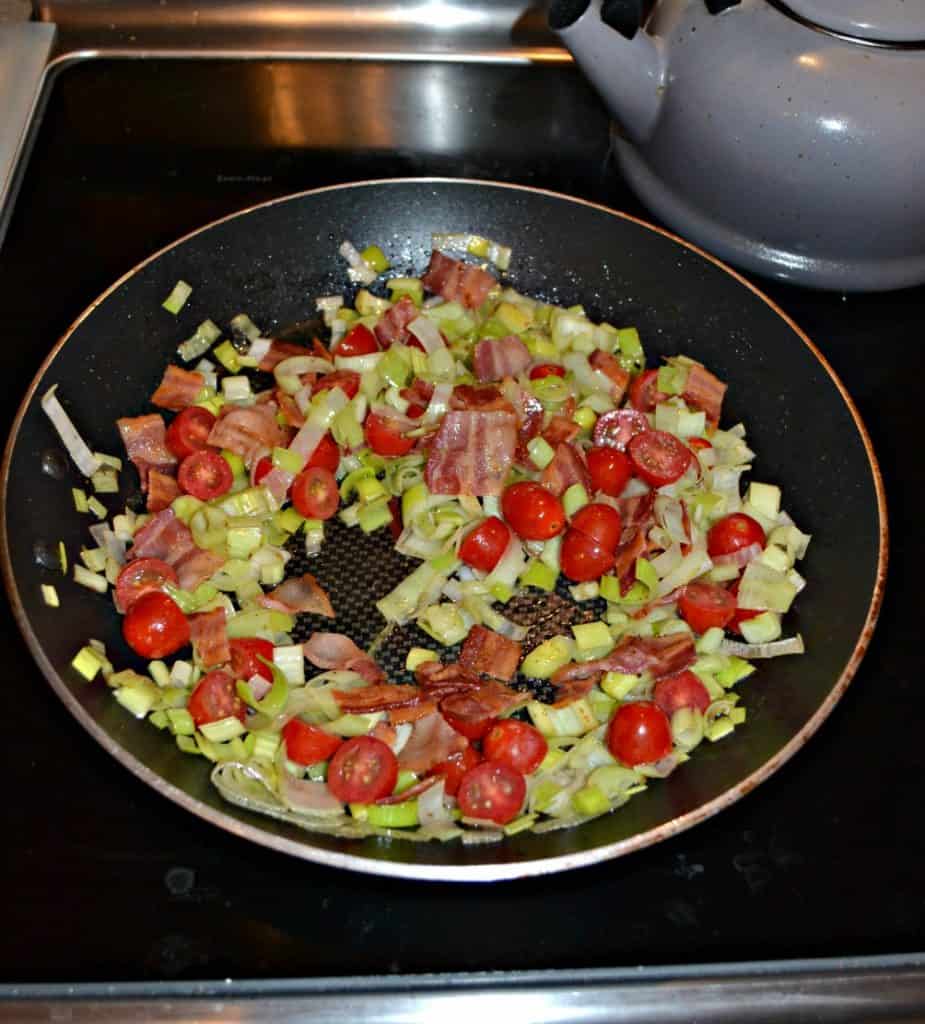 This fish tasted really good.  The breadcrumbs had a tons of flavor and added a coating to the fish.  The bacon was crunchy and salty, the leeks added a garlicky flavor, and the tomatoes added some acidity.   The only thing I didn't love about this dish was the cod.   As I said before, I wish I had used a meatier fish because I think it would held up to the breadcrumbs and topping better. 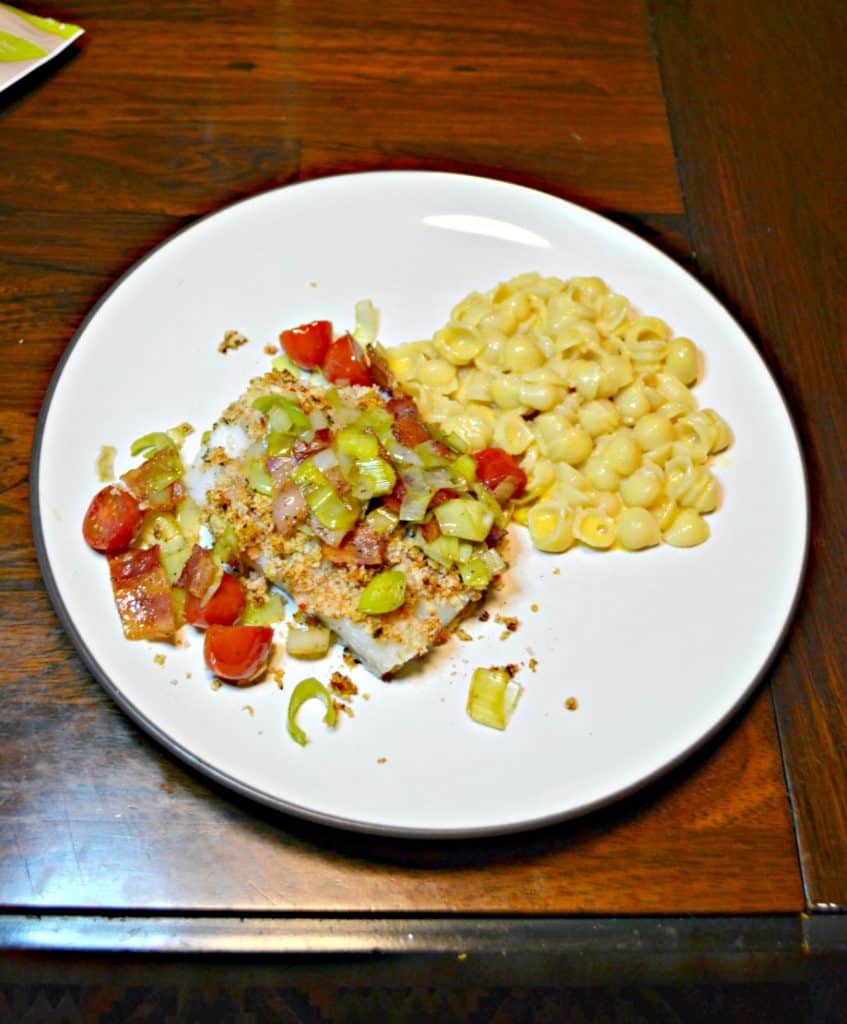