Do you ever think about foods you had when you were a kid?   How about foods that are now considered "retro"?   This week Sunday Supper is sharing retro food recipes from the 1950's, 1960's, and 1970's and I'm the host!   I was so excited to see what recipes everyone came up with and also to find the perfect retro recipe myself. 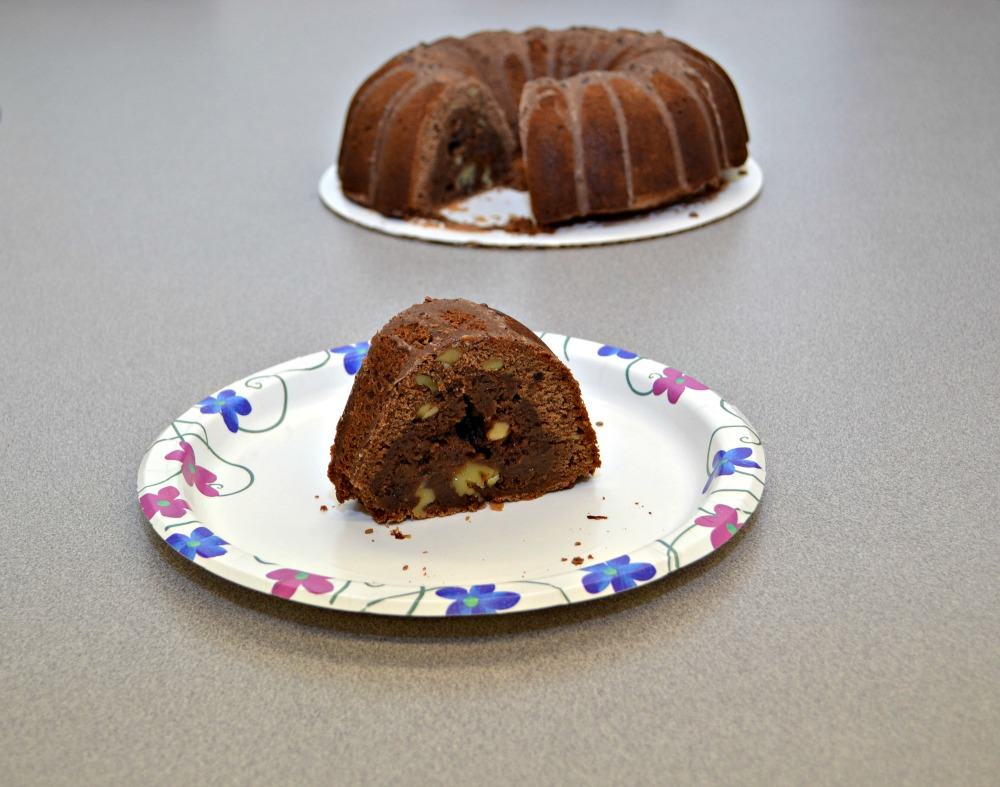 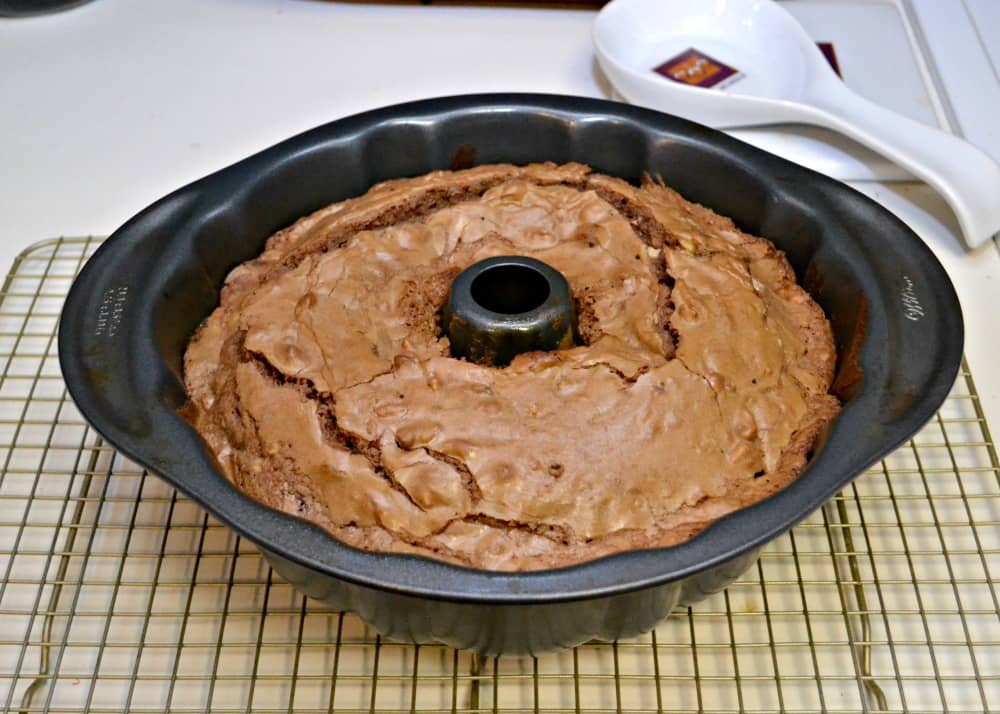 But back to the retro recipes.  After looking long and hard on many lists, in old cookbooks, and asking other foodies, I came up with the Tunnel of Fudge Cake.   Let me give you a little background on this amazing cake.  Back in 1966 a woman by the name of Ella Helfrich entered her chocolate cake that made its own fudge center in the Pillsbury Bake-Off.  Ella won second prize and $5000 for her creation while the first prize winner won $25,000.   Days after Ella came in second place people wanted to know where she got the pan to make her cake.   While the Bundt pan was invented in the 1950's, it didn't really become popular until the Tunnel of Fudge cake came out at the 1966 Bake-Off. 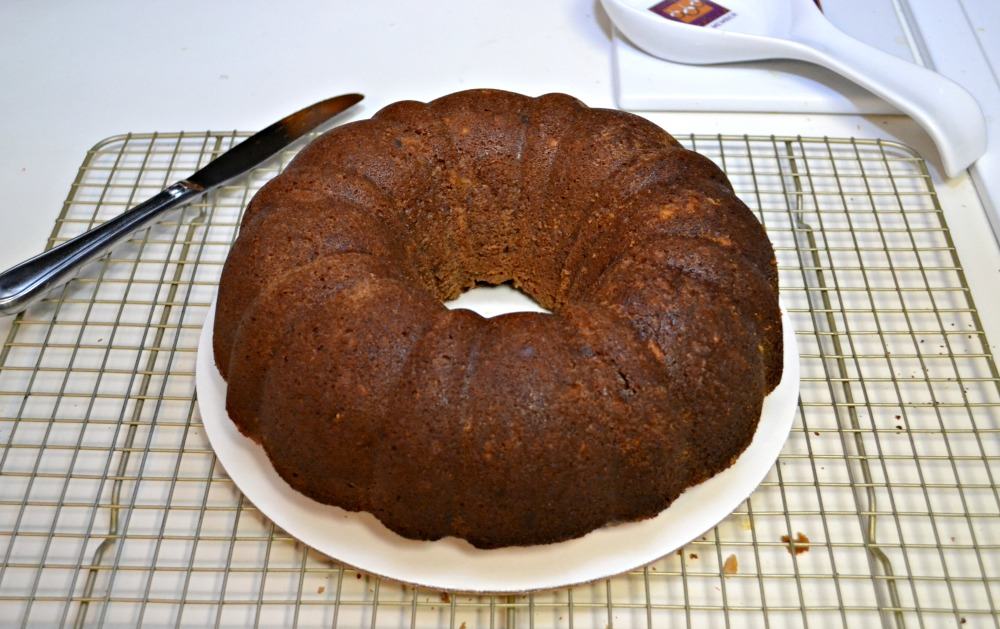 The funny part about the Pillsbury Bake-Off is that the winner that year entered a yeast snack cake and almost everyone has since forgotten about it.   The Tunnel of Fudge Cake has withstood the test of time and is still popular today.  In fact, Pillsbury updated the recipe in 2004 because one of the main ingredients, Double Dutch Fudge Frosting Mix, was no longer being produced. I couldn't wait to get started on this cake.  My assistant at school was having a birthday and she loves chocolate so I wanted to make this for her.  While I had never made it before, I have heard of it and knew it would be an instant success.   It is important to realize that you cannot skimp on the nuts.    Without the nuts the fudge tunnel will not appear in the middle of the cake.  I have no idea why that is but it's the truth.  It's also important to note that this cake is not for the faint of heart. 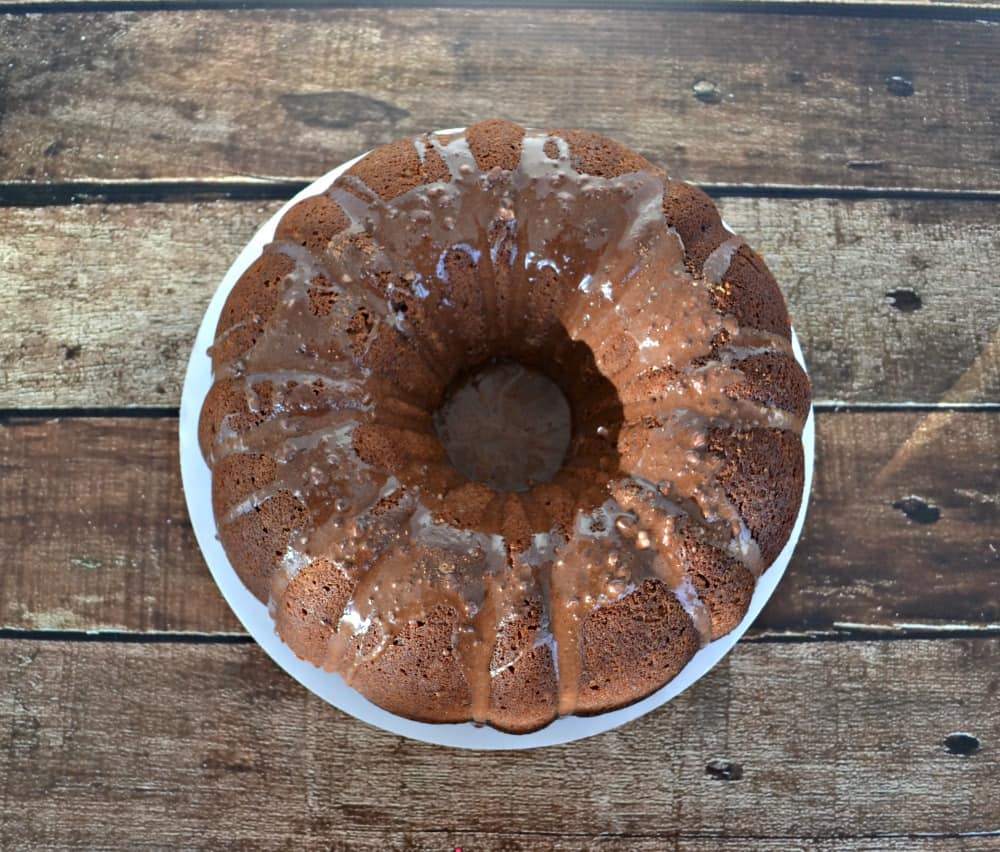 This cake contains almost 4 cups of sugar, 6 eggs, 3 ½ sticks of butter, and ¾ cups of cocoa powder.   I'm not joking.....these are the correct amounts.   When I poured the batter in the pan I thought for sure it would overflow in the oven.   The batter in the pan weighed over 5 pounds.   I put it in the oven and crossed my fingers that it would work.   I followed the directions exactly. I can honestly say that this is one of the prettiest Bundt cakes I've ever made.  It came out of the pan cleanly and looked amazing.    I agonized over it for 24 hours waiting to take it to work and have my aide cut it open.   The funny thing is when she got it she asked if I wanted to cut it and take a photo....she knows me so well!   I closed my eyes as I took out the first piece and...success!   There was a clear tunnel of fudge in the middle of the cake.  I was psyched. 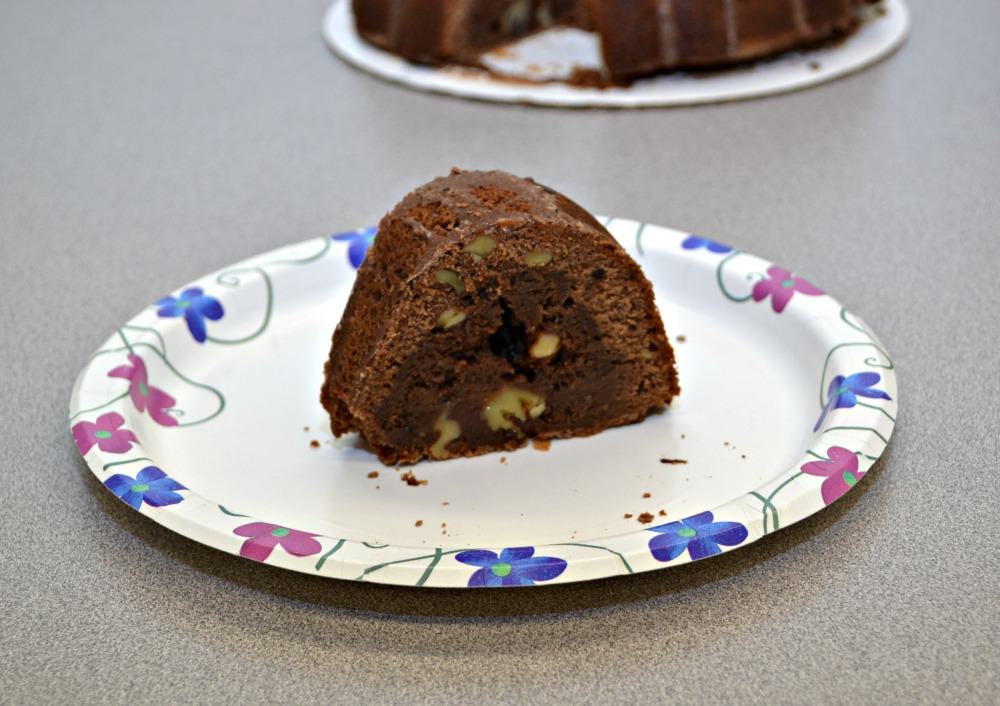 The cake was rich, fudgy, and delicious.  The nuts added a nice crunch and contrast to all that chocolate.   The cake was moist and the fudge in the middle was awesome.  I will definitely be making this again as a special occasion cake for someone who loves chocolate.

For the chocolate glaze: 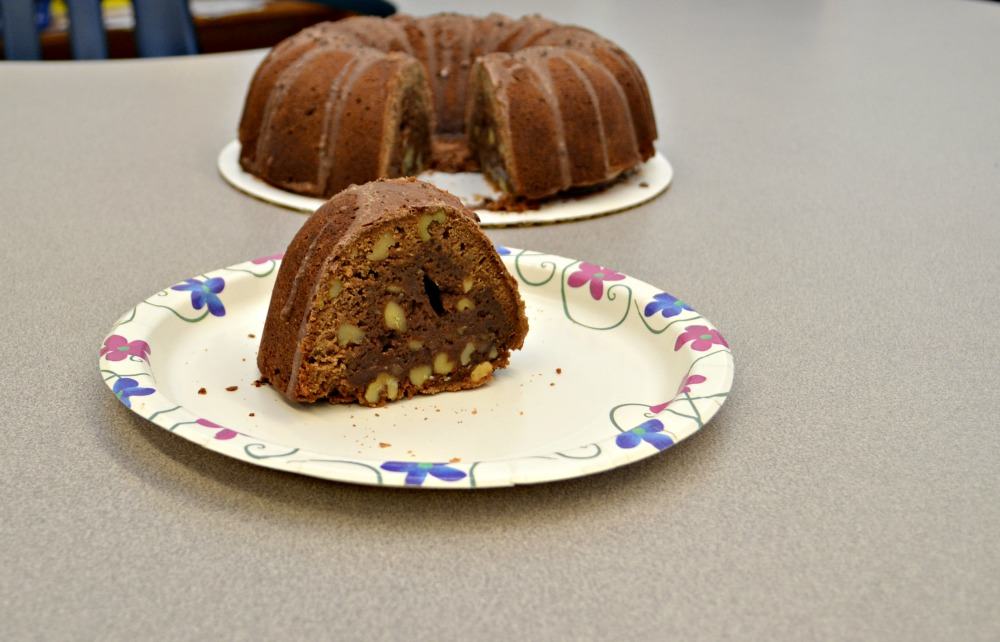