Sourdough discard mixed with Greek yogurt, milk, and flour, then fried in a pan with melted butter to make the most delicious Naan. 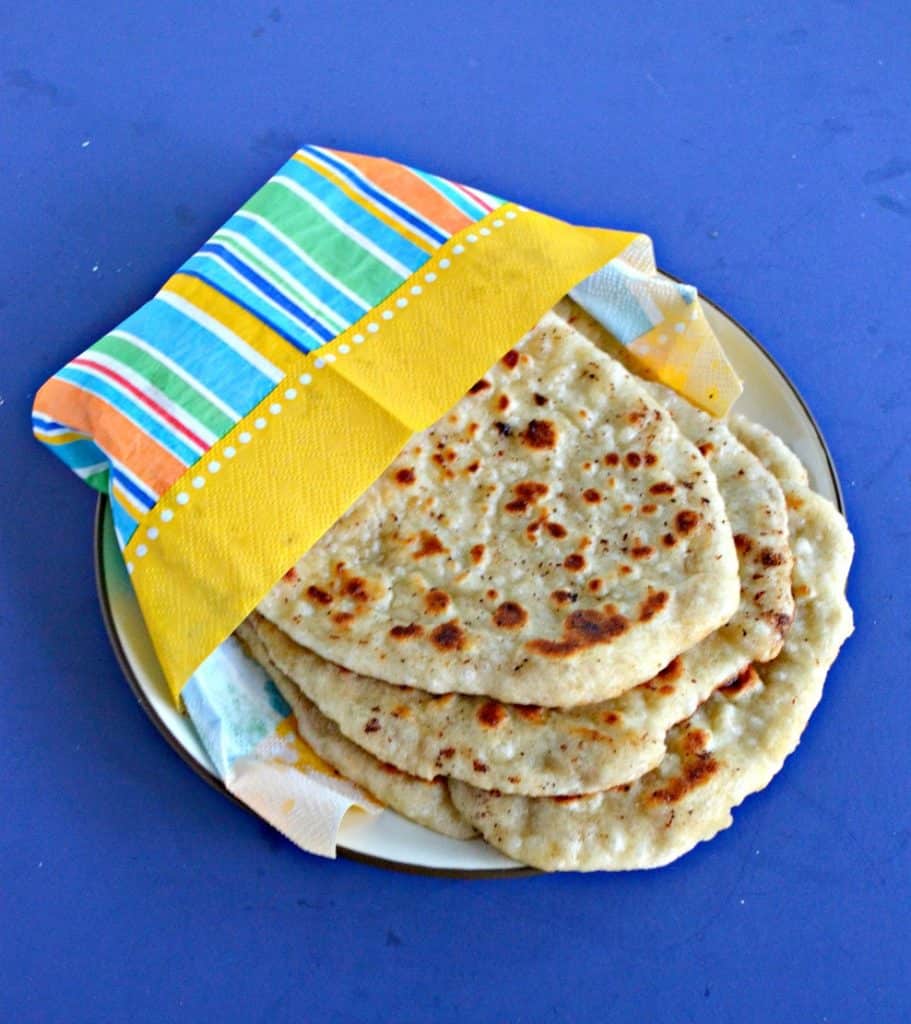 Welcome to my very first Sourdough Sunday!   I am so excited to be sharing this series with you in 2021.   Every month on either the second or third Sunday I'll be sharing a brand new sourdough recipe featuring my own sourdough starter, Virgil Flours who was created in May 2020.

Let's start with the basics; what is naan?  Naan is traditionally an oven baked flatbread found in many countries in Asia.  It is often served with Indian food as a way to help eat the food.

Most of the time when I see a recipe for Naan it's now made in a skillet.  In fact every time I've made Naan I've also made it in a skillet.  It only takes a few minutes per piece and is a simple yet tasty bread.

This recipe follows the same format except it uses sourdough.  The sourdough is mixed with milk, Greek yogurt, flour, and salt and then is left to rise in the bowl.

After rising the dough in divided into 8 pieces and each piece is rolled out.  The great thing about naan is that it isn't round.  It's more of an oblong shape so however you roll it works.

Then you brush the Naan with butter and put it into a hot skillet and cook for a minute or two on each side.   That's it!  It's a really easy recipe and it tastes great.

Some ways to use the Naan is to dip it into Tzatziki or hummus or another dip.  You can also use it like a pita and make a sandwich with it.   It can also be served on the side of a meal where it can help pick up some of the food.  Naan is a very versatile dish.

Recipe from The Gingered Whisk 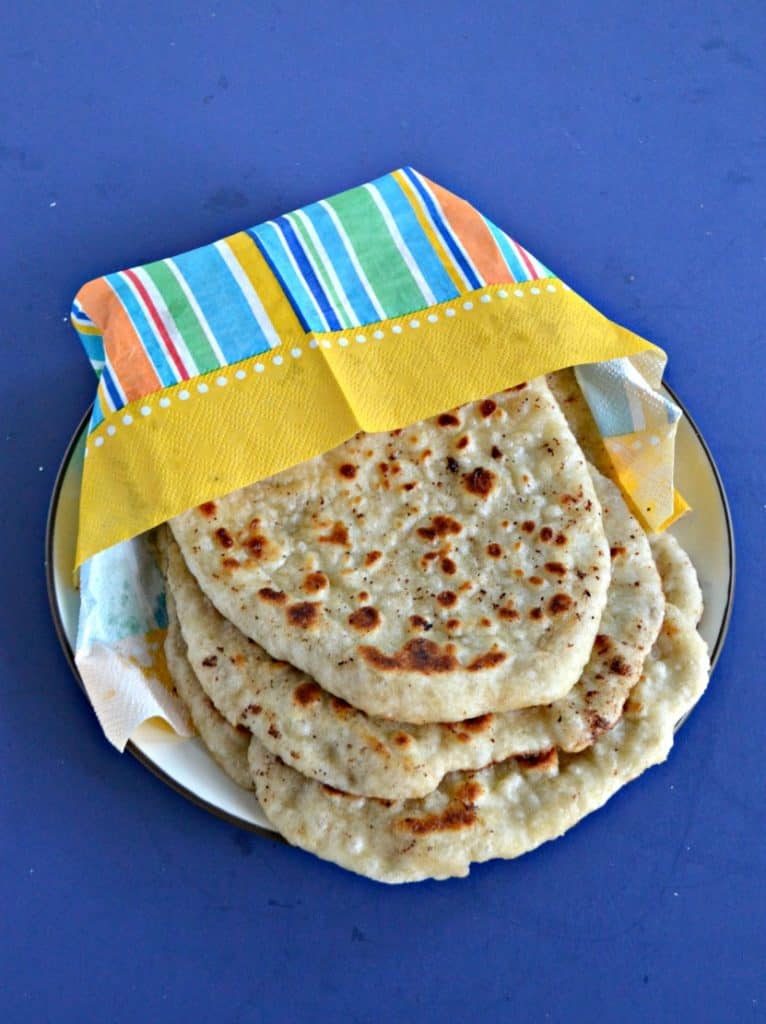